Time is money; Data has become the means to make time; Ergo Money.​ ​From the field of education to a job, the first thing that represents you is the data. In today's world it is essential to see data as the new bridge between clients and companies, customers and service providers. But this data is meaningful only when received in time, documented well and represented even better. Let's take a scenario of a store manager who works in a famous pizza joint. His responsibility is to ensure good service, increase sales and keep ahead of the competition. In order to grow, he needs to collect and do analysis of all his data to present it in a meaningful way and here comes the catch; he cannot jot down all his data on a paper with a pen on a daily basis. It would not just be cumbersome, but much prone to mistakes and loopholes. He requires a tool that gives him the freedom to store and analyze all the data and further use it to plan his strategies. But for a non-technical person like a store manager who knows nothing about coding, it is difficult to code and develop an application to analyze and present his data facts in terms of sales, growth and competition. Hence, he would approach his IT department with his needs who would in-turn try and select a tool for him. The job of the IT team would be to find such a tool that not only helps non-technical people like the store manager, but also that reduces their time and efforts. As the IT team proceeds with their Proof of Concept (POC), let’s see how ActiveReports9 Server meets their requirements.

1. No major changes are required in the existing system

Since the store manager is a non- technical person, he is not very comfortable with heavy installations that might result in major changes in his system.

With ActiveReports 9 Server, the user is not require to install anything on his or his peers’ systems. ActiveReports 9 Server requires installation only on a server system that can be accessed via a simple URL, on both desktop/laptop and mobile devices. All he/she needs is to be connected to the domain network.

For any non-technical personnel, reporting is never easy and it would be a blessing if the software allows him to create reports without much complexity. In our use case, the store manager’s primary job is to keep a record of sales and analyze them. The best way to analyze his work is to create sales reports using a tool which is both quick and simple. 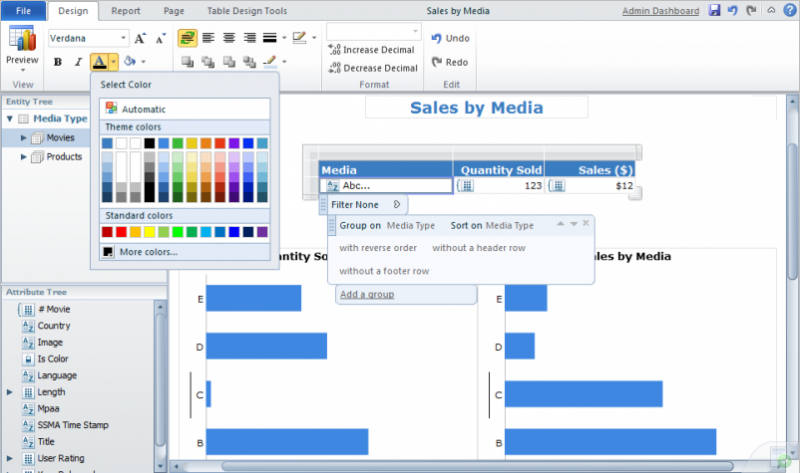 ActiveReports 9 Server offers an intuitive, drag-drop user interface which makes the designing of reports a very simple task. Additionally, it offers various themes and styles that allow the reports to be tailor-made to fit each requirement.

Another major task for our store manager, is to plan and create strategies instead of worrying about how handle database transactions (how the data is being saved or how to fetch it). He would just assign this task to his IT team to set up the system of punching the orders (sales data) and be assured that the data gets saved on the server. ActiveReports 9 Server delivers everything on a platter to its users and is bliss for especially the non-technical users. The non-technical users don’t have to worry about making the connection, writing the code or the SQL query. All that is needed is to select the respective DataBase (DataTable) and drag-drop the required field to display in the report.

Since the IT department will be doing the (POC) for tools, their job is to ensure that the tool meets all the requirements of the store manager and that it is both easy and fast. Along with this, they also need to simplify their task of creating/uploading/fetching data from the database.The tool needs to satisfy the requirements of both the Store Manager and the IT Team. 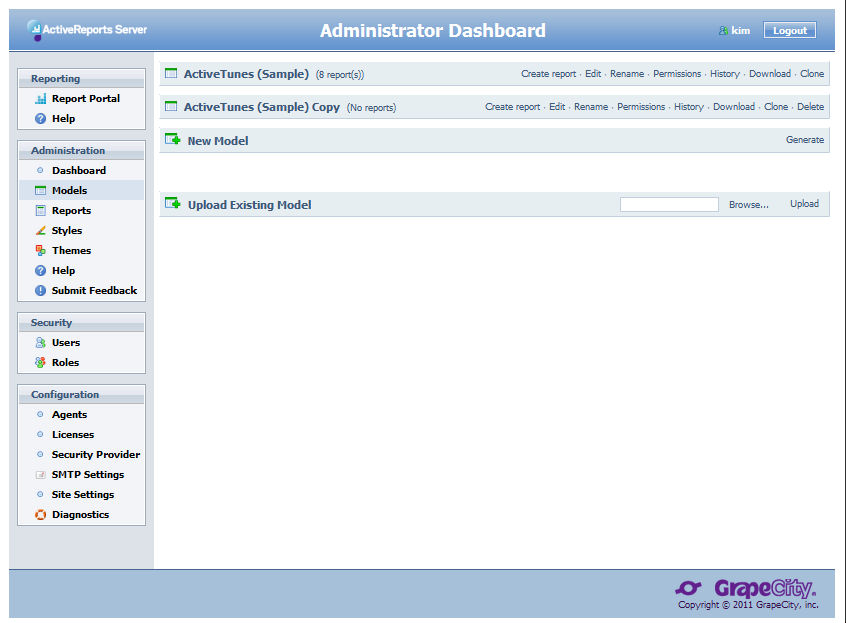 ActiveReports 9 Server meets the expectations here too! All one has to do is to make the connection to DataBase server, select the Tables and Views and click Next. That’s it! The model generation will take place on its own. This too can be further modified as per requirement. The upload/download of the DataModels is also supported and that too is just a click away. With the first level of (POC), ActiveReports 9 Server has definitely impressed not just the IT personnel but the store manager too. Its user-friendly interface and the ease in which reports may be created will certainly push them to go to the next level of (POC). In our next blog, we will see how ActiveReports 9 Server meets their advanced usage scenarios so keep on visiting our blogs.