Ad Hoc reporting is a reporting design technique that allows end-users to create reports without the help of IT resources and with little training. It is a synonym for on-demand reporting that allows users to generate reports from a large amount of information. These reports perform information analysis in real-time and answer specific questions.

Ad Hoc analysis have roles in every industry, including finance, education, healthcare, manufacturing, and more.

In this article, we'll take a look at why Ad Hoc reporting is important to the manufacturing industry and how ActiveReports can help with Ad Hoc analysis.

The Need for Ad Hoc Analysis in Manufacturing

Every industry in today's world tends to adopt automation or information systems to manage and track their day-to-day activities. The manufacturing industry is not far behind, using systems like Enterprise Resource Planning (ERP) and Manufacturing Requirement Planning (MRP).

These systems help to monitor processes, track inventories, and decide the manufacturing type (push-type or pull-type manufacturing, forecasting demand, reducing cycle time, etc.) But because manufacturing is a continuous process, it demands quick access to information in order to make decisions.

So, business analysts and end-users take assistance from IT or systems developers for real-time analysis from the integrated data generated from these systems.

This raises the need for Ad Hoc reporting in the manufacturing industry. And thus, the system developers look for reporting tools that can provide Ad Hoc reporting capabilities to the business users and can also integrate with the existing systems deployed in the industry.

The problems that system developers face can be overcome with WinForms and web-based report designer controls provided by ActiveReports for .NET. Developers can seamlessly integrate these controls in their system and let the user reap the benefits of Ad Hoc reporting while still being involved in the application.

Let's look at some of the key requirements of manufacturing Ad Hoc analysis that ActiveReports addresses.

ActiveReports lets you to design WYSIWYG reports quickly with the help of its intuitive designers loaded with easy to configure features.

Systems developers can take advantage of the user-friendly, Windows-based integrated designer provided by ActiveReports to design reports directly inside Visual Studio and embed them in their .NET applications. 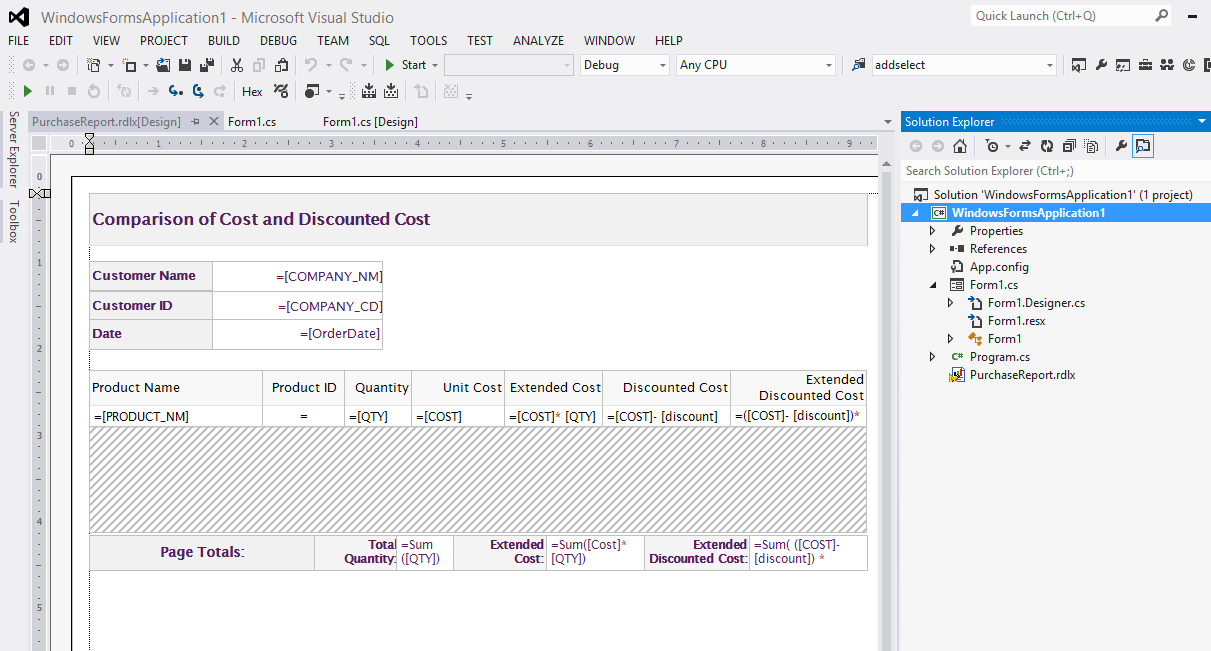 ActiveReports provides end user designers for both WinForms and web platforms. These can be embedded in an application with little coding, providing users with Ad Hoc reporting capabilities within their automated systems like ERP. 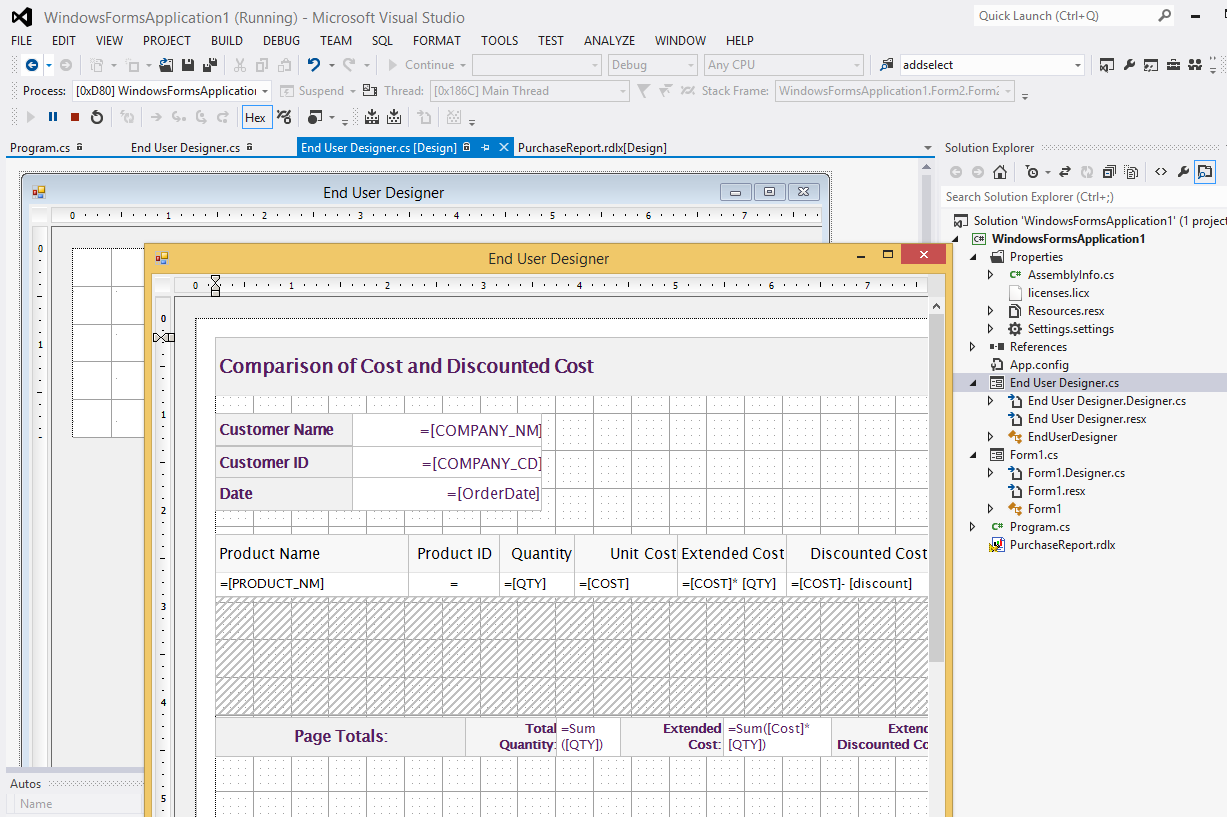 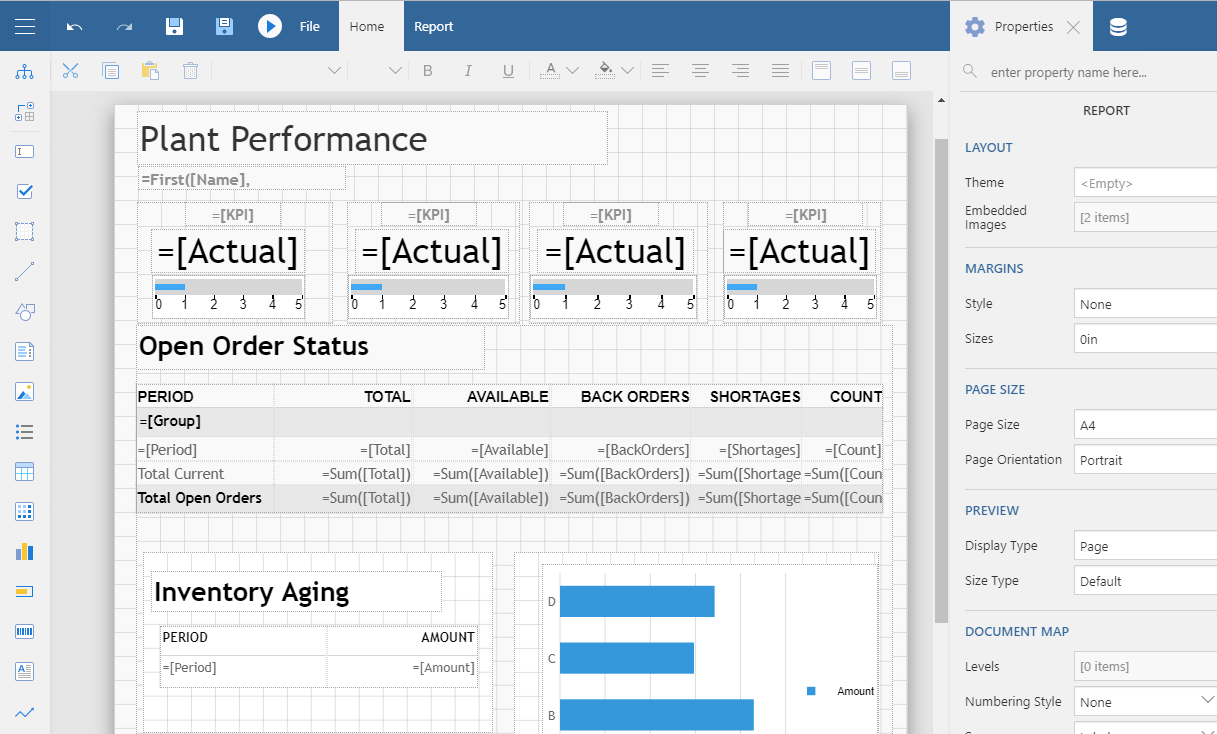 ActiveReports provides a wide range of .NET compatible reporting controls to design the WYSIWYG reports. Users in the manufacturing industry can use Table control to show order details, Tablix to prepare financial statements, Charts to compare supply and demand or to check production trends, and Bullets to see production targets. They can also utilize other controls including list, sparkline, textbox, checkbox, barcode, and image to meet their business needs. These controls can be added to the report simply by dragging and dropping, and they can be configured using smart panels & wizards. You can filter, group, and sort your data in each control, and change the format of your data to style it with stylesheets and themes to match it with your company design standards.

Ad Hoc analysis is often done by people who are not tech-savvy; it should fetch data without the need to write code. ActiveReports Designer provides design wizards to make connections to databases. It also includes an intuitive Visual Query Designer that can help users generate complex SQL data queries effortlessly by dragging and dropping tables/views and by utilizing the user interfaces to create joins & query parameters. 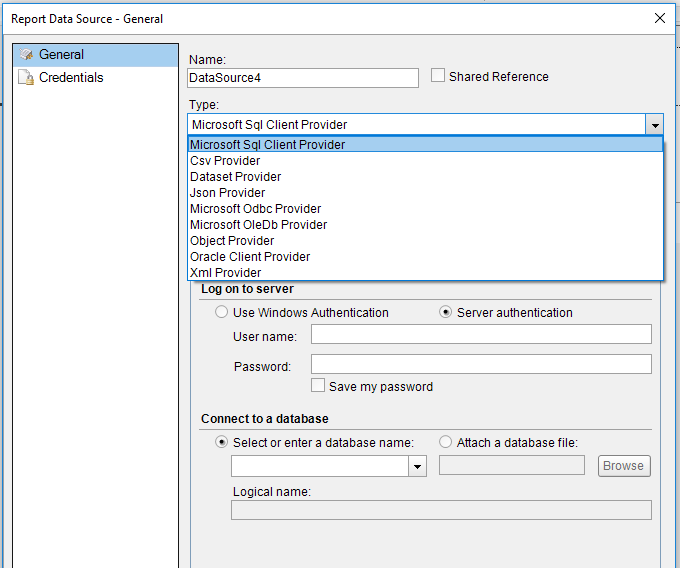 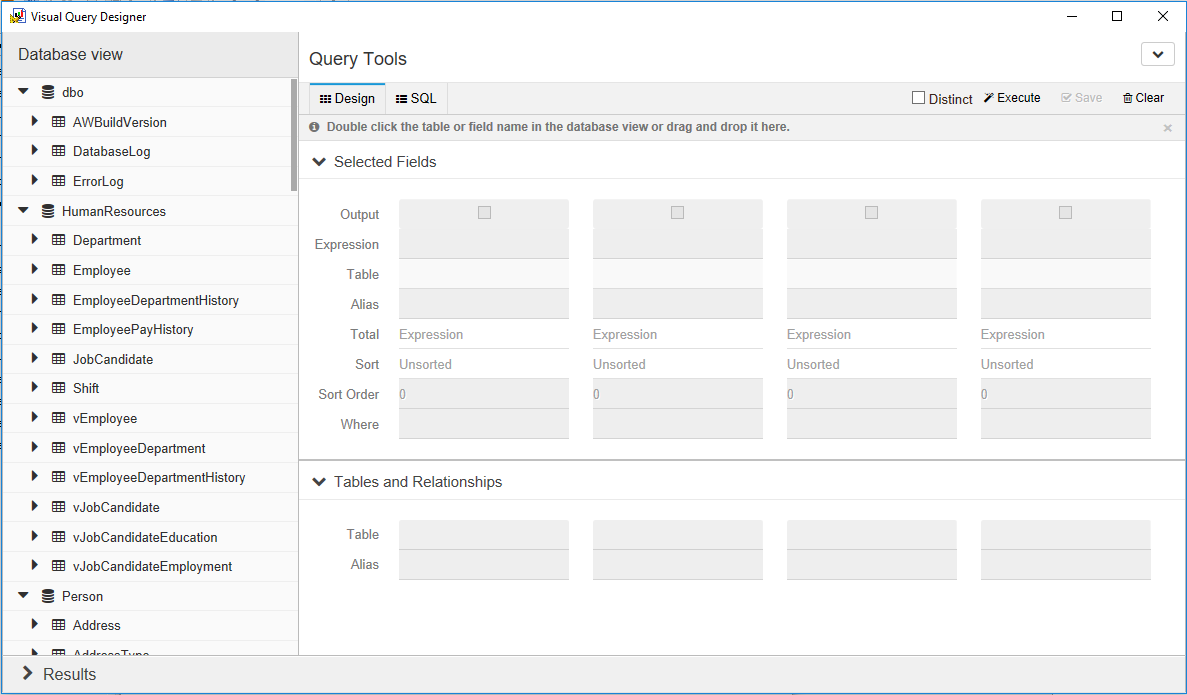 Manufacturing analysts need to make strategic decisions based on information available from different departments, including accounts, order management, and quality. For example, to increase market size and meet customer's demands, analysts need data from SCM, purchasing, and production orders. Ad Hoc reports should be able to fetch data from these independent data sources and be able to generate reports with the required analysis.

ActiveReports supports connections to multiple relational and file-based databases in a single report, suiting the integrated data generated by the ERP systems. You may use functions – Lookup, LookupSet and DataSet Joins – to retrieve data from the disparate systems.

Ad Hoc Reports Must be Interactive

Interactivity is one of the key aspects off Ad Hoc reports. Analysts who deal in quick numbers with dashboards may need to dive deeper for detailed information while being in the same report. For example, a production manager creates a report to see the production time for different products, but later wants to see the cause for the delay in production time for each product by clicking on a product in the report.

In this case, he may use the interactive features like drill-down to group the data into collapsible bands within the same report, or drill-through to link the current report to another report, which has similar information.

Along with these features, ActiveReports also provides user sorting, hyperlinks, Table of Content, and Bookmarks to make the Ad Hoc reports interactive.

Ad Hoc Reports Must be Shareable

Reports generated by ActiveReports can be easily exported to various formats like PDF, Excel, DocX, JSON, XML, and HTML from the standalone viewers, built-in viewers of Windows & Web Designer, or using the user-friendly Export API. 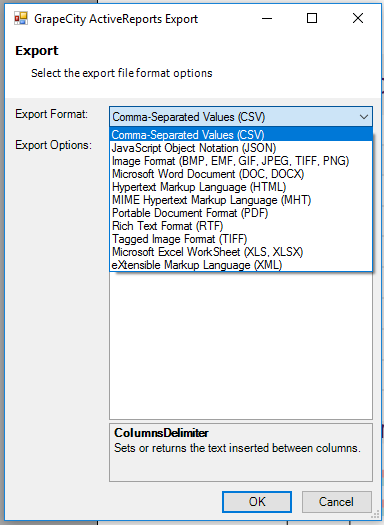 Since Ad Hoc reports are also used by developers in the manufacturing industry, they often prefer one that can easily integrate with their existing applications. They tend to favor modifying reports from code, previewing it within viewers embedded in their application, and export, print, or share reports from within the system. Because ActiveReports is a reporting tool for .NET, it provides developers with all of these capabilities. 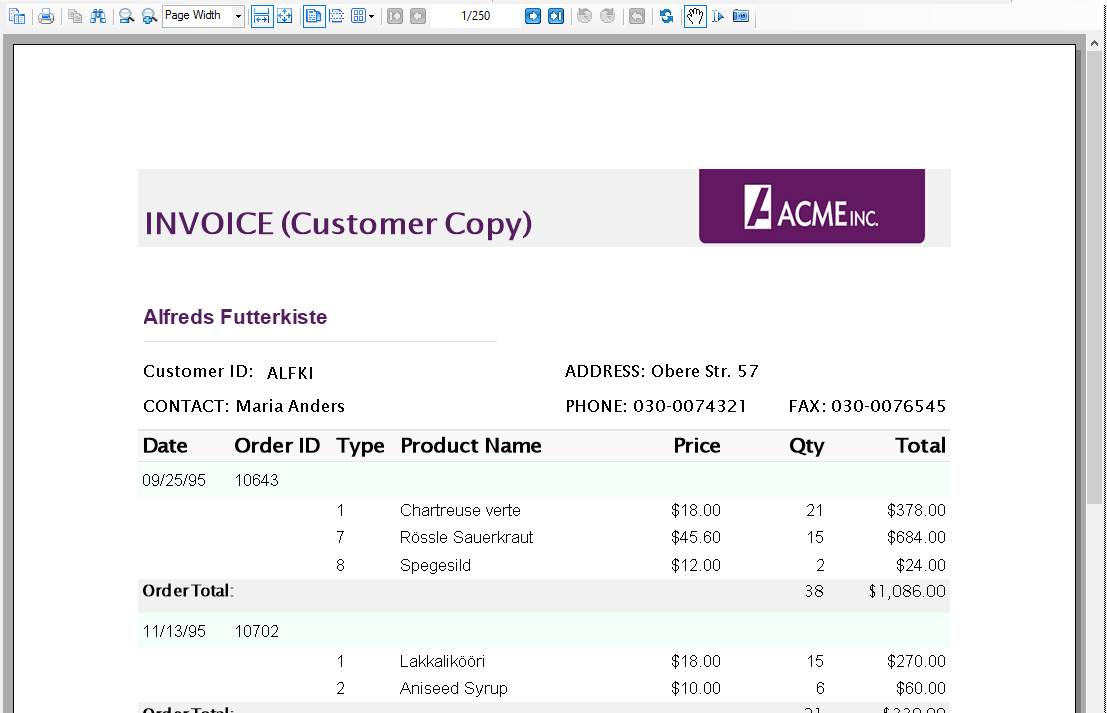 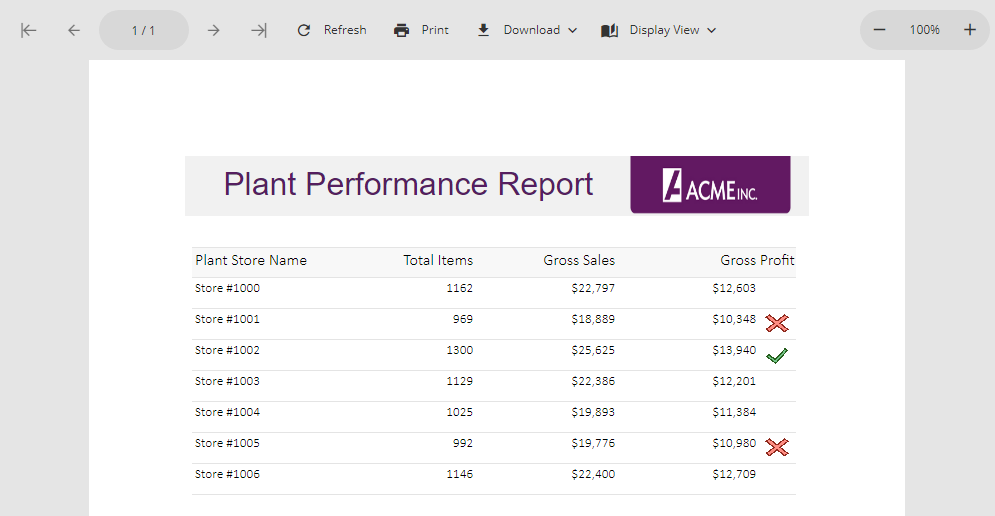 Systems like ERP have been in the market for quite some time. Some companies may use legacy reporting models - Access, Crystal, or Excel reports. Moving from them can be a burden in absence of effective guidelines. But with ActiveReports, conversion from legacy reports is just a matter of few clicks within the Import tool. 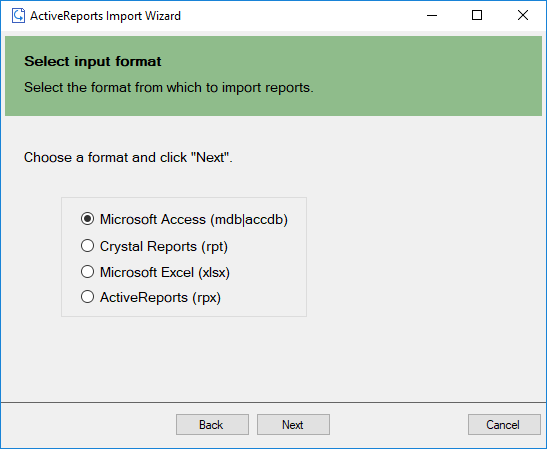 We've covered the Ad Hoc analysis benefits that ActiveReports provides for the manufacturing industry. In fact, the Ad Hoc reporting capabilities of ActiveReports can be used for any industry, including finance, education, healthcare, retail, logistics, and beyond.

Additional tutorials are available on our ActiveReports blog page.

Are you interested in ad hoc reporting in other industries? In another article, we discuss the 4 Advantages of Ad Hoc Reporting in Healthcare.