Adding a Share Button to an Objective-C iOS App

Xuni gives you the ability to turn your chart or gauge control into an image using the getImage method, but you may wonder how you can easily share this with others. Apple provides some tools to for this purpose that not only give you easy access to any available sharing options (Mail, Message, Facebook, etc.), but also the ability to quickly save and print your data visualization. In this article, we'll cover the highlights of implementing a sharing button in a small iOS app.

Creating the share button is a straightforward process. First we need to declare our shareButton object (which is of the type UIBarButtonItem).

We'll also specify the share method (which I'll get to shortly) to handle when the button is clicked. 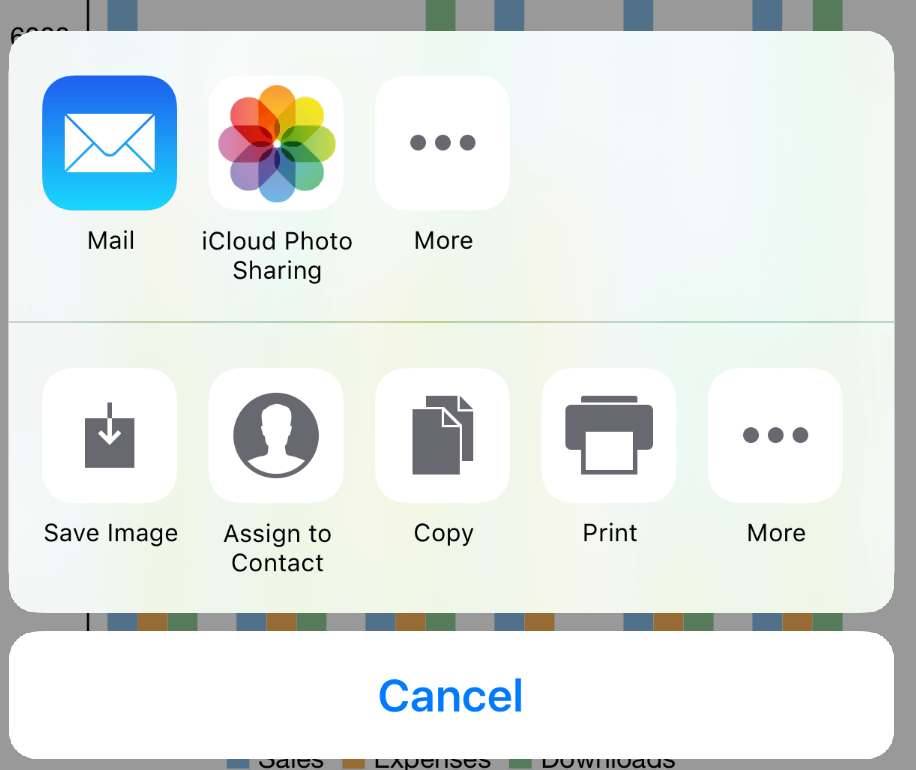 We can also exclude Activity types if we want to restrict what shows up in our UIAlertViewController as options for sharing or saving the image. Apple has a list of the builtin activityTypes if you want to exclude any in your own implementation. We'll also need to handle a special condition that occurs if our app is running on an iPad since that requires some extra logic. On an iPad, the sharing menu is present as a popover which means that we'll need to handle the sourceView (which is just our ViewController represented as self.view) and the sourceRect which is where the popover will be drawn on the screen.

Once we've finished up our implementation we should be able to run the app. Note that the options displayed in the sharing menu will vary based on what activities are installed and available on the device the app has been installed on. 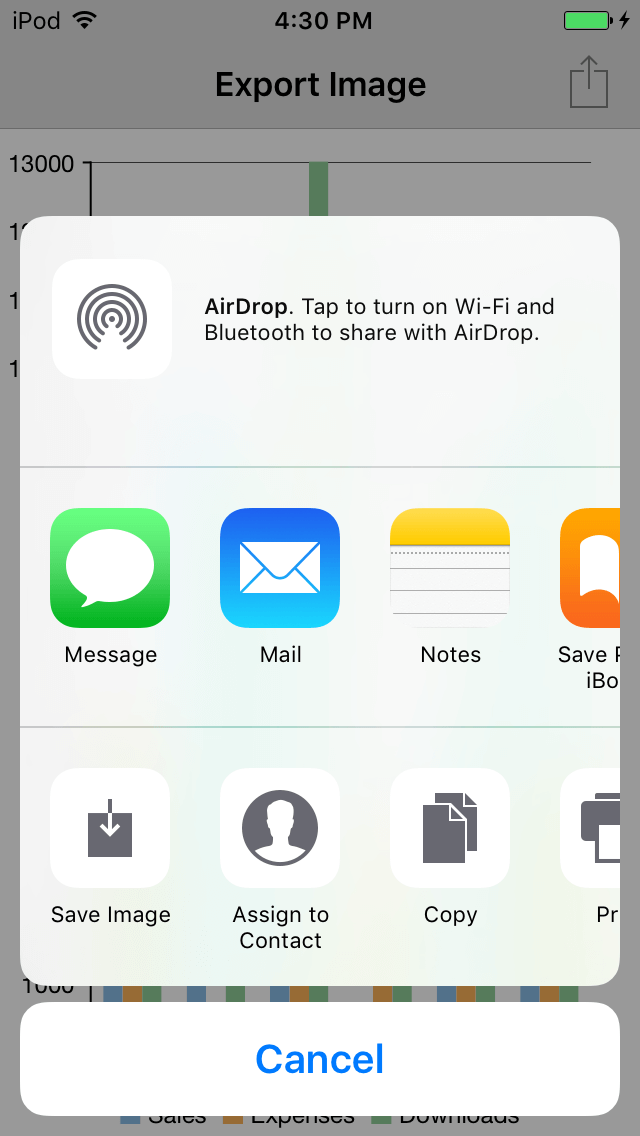 Adding a share button is actually a pretty simple process and gives your users a lot of flexibility. Not only does it make it trivial to share data via email and social media, but it also gives fast and easy access to file saving and printing.