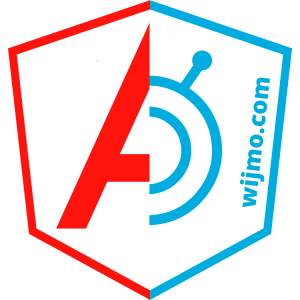 The Wijmo team has been working intensely with Angular 2 for a few months now. It has been challenging to keep up with the Angular team and their rapid iteration. But since the Beta, things have stabilized and we have been able to migrate a significant portion of our sample applications already. I asked our dev team to provide some of their first impressions of Angular 2. Below are their responses.

This is not great code, there’s DOM manipulation from the controller, etc. But the point is there’s references to “$scope” all over. This is typical, and it is not nice because “$scope” is an artificial element imposed by Angular. It is not standard/plain JavaScript. Contrast that with the Angular 2 implementation:

My first impression is that Angular 2 introduces much more server-side-centric concepts like OOP, DI (Dependency injection is an independent module in Angular 2) and annotation. The following are the most useful to me during porting sample applications from NG1 to NG2:

We found Angular 2 has better project architecture and that the coding style is simpler. Personally, I prefer Angular 2 applications written in TypeScript because they’re more understandable and easy to modify. I don't see much difference in performance of between Angular 1 and Angular 2 samples as people said. I believe this will change in the near future.

Data binding in Angular 2 is much easier than in Agular 1. Angular 2 clearly differentiates syntax with []/() for one-way binding and [()] for two-way binding. The bindings also work great with our input controls. I don’t see much difference with our data visualization controls in Angular 2. In most cases, the properties of these controls never change. This makes migrating applications that use our controls very easy.

As someone who does not do regular Wijmo development on a day in and day out basis, IntelliSense was very beneficial to me. Much like our customers, I don’t have all the Wijmo APIs memorized, but luckily I didn’t have to. In Visual Studio, I was given autocomplete suggestions for my code, which means I did not have to check the documentation to figure out a property name. For example, sometimes I can’t remember if our data binding property is: itemsSource or itemSource. Working with TypeScript in Visual Studio makes Angular application development much easier. By being able to address errors at compilation time, I was able to reduce the amount of time I had to spend in the browsers debugger trying to figure out bugs. The development process just seemed so much more natural than it did with Ng 1. It really felt like true MVVM and I felt like I was programming the way MVVM was intended to be developed. I still sort of personally struggling with the how to migrate controllers or business logic because you cannot re-use them like you can in Ng 1. In Ng2 I believe you need to make a base class and extend that or import that to other modules. I think the Explorer sample shows this. The migration just seems tough to explain in words.

I hope our team’s experience might provide some insight into Angular 2 for you. To summarize everyone’s feedback: Angular 2 is a modern application framework. It feels very familiar to developers like us (with a C# background). Components are a major centerpiece in Angular 2 and that is great for us (component developers). Once we understood the concepts, migrating applications was very smooth. Get started with Wijmo's high performance components for Angular 2.