This blog was originally published on January 25, 2017, on PublicKey. These days, using a framework or a library is an essential part of developing a web application. Google's open source framework, Angular, includes a rich environment for developing business applications. GrapeCity’s Wijmo, which supports Angular, is known for providing UI components for business applications and provides first-class Angular support. We talked to Google's Rob Wormald and Jules Kremer, who handle promotion activities of Angular globally, along with Masakazu Segawa, product manager of Wijmo about Angular's benefits for developers creating business applications. 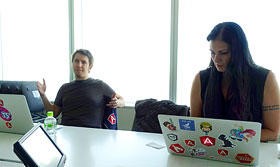 Could you please tell us about Angular's key features?

Wormald: In designing Angular version 2, we focused on its scalability. With Angular, you can start off developing a small-scale application. But by creating the proper infrastructure, it can be grown to a large-scale application with hundreds or thousands of developers working on it. That's why we adopted Angular at Google, and we have a large-scale application development team developing it. From a technical point of view, the exciting part about Angular is that this platform is designed to grow with the web. Web browsers and the JavaScript technology changes very fast. With Angular, we want to ensure that developers don't need to re-write their application—even after months or years—and they can still benefit from new developments. Obviously, we also understand that developers look for productivity along with such technical advancements. That's the reason we want to provide the latest features in line with the developments of web while maintaining the high development productivity.

How does Angular achieve that scalability?

Wormald: There are various aspects to scalability, the first being scalability of development teams. For example, in large-scale teams, different members have different ways of thinking and doing things. In those situations, Angular provides a proper frame, a nice way of doing things, and brings consistency. That way, it can support a team of hundreds or thousands of developers. Actually, even at Google, we're using Angular in large-scale applications. Another aspect of scalability is the scale of the application itself. Generally, in big applications, there's a tendency to experience a delay in startup or operations as it loads the entire web application at once. In the case of Angular, it supports lazy loading, and so it loads the required thing at the required moment. In other words, even if your application is large-scale, you don't need to worry about loading it all at the time of startup and making it heavy. Then there's a performance aspect. Angular has a change detection feature. This technology quickly rewritea the changed area only when there's a change in the web browser screen. Thanks to change detection, we're five times faster compared to version 1 of Angular. In the Angular environment, you can actually focus on the business logic instead of thinking about minute things like optimization of loading process. At Google, we focus a lot on data. While developing Angular, we always verify the execution speed and take a benchmark for every added feature so that there's no delay. So, during the development process, if we had to make a choice between feature and performance, we choose performance.

What are the merits of Angular for developer of a business application?

Jules: The biggest merit of Angular for an enterprise developer is that it's a comprehensive platform. Instead of spending time in verifying whether combinations of various JavaScript libraries work well or not, Angular alone suffices. Then, like Rob said, Angular is scalable for development teams as well as for web applications.

Angular is a leader in Web components as well, isn’t it?

Wormald: Encapsulation is really important in the development of large-scale applications. Angular supports web components, which is one of the technologies that achieves that. And not just the web components; Angular components and Polymer components also handle it the same way. Those work just by adding in an Angular application. Web component technology is already mature and available.

Angular has components for business use, just like Wijmo. How do you see your relationship with such vendors?

Jules: Wijmo's development team and Google’s Angular team are working in close communication with each other--so closely that Wijmo’s Angular 2 supported version and our Angular 2 were released almost at the same time. This kind of relationship is good for Google and the vendor, and it also benefits the web application developers.

Mr. Segawa (GrapeCity), being a component vendor, how do you rate the Angular framework? 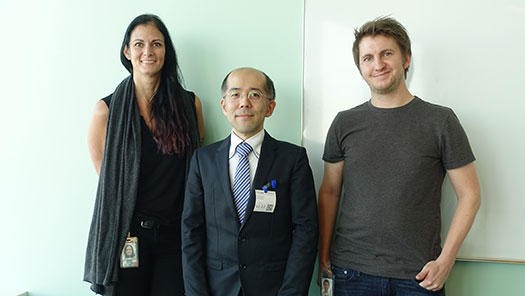 How can developers benefit by from Wijmo's Angular support?

Segawa: There are so many UI libraries and components available, not only for Angular, but some based on JQuery, and some independent libraries. One has to research and learn each, as their usage and implementation are quite different. Since Wijmo supports Angular, the developers who know Angular components can easily use Wijmo, as well. It's all directly related to developers' learning curve. I believe the development productivity increases by combining Wijmo’s feature-rich components with the Angular framework. In addition, I think Angular will be increasingly used in the enterprises, and as that adoption increases, I think Wijmo will be a more common choice for enterprises, which is definitely a big thing for us.

What are your plans with Angular?

Jules: Improving performance is definitely one thing. Along with that, we'll focus on enhancement of the tools meant for enterprise developers. Wormald: Going forward, Angular will continue to evolve with the web, but we won't change the Angular API. We want to ensure that developers won't have to re-write application code in future. It's important that Angular maintains both stability and flexibility. Lastly, we'll get feedback from component vendors who support a wide range of use cases and share that feedback with the development team so we can create a roadmap accordingly. Segawa: There were issues while we were adding support of AOT compiler in Wijmo. At that time, we solved it with the help of Rob and Angular's development team. We'd like to continue this kind of collaboration in future, as well. Wormald: So would we. Segawa: Wijmo has a lot of know-how of various components that have been developed across different platforms over time, and we've also integrated learning from customer feedback. We'll continue to provide productive feedback to the Angular development team so that, together, we can make Angular even better.

Read more about Angular and Wijmo