Unless you were living under a rock (and pardon me if you do), you heard that last week was the BUILD conference in Anaheim, CA. Microsoft unleashed the new awesomeness that is called Windows 8. In fact, all the attendees at the conference got a new Samsung tablet running the OS. I wanted to take a few minutes and recap on my thoughts of BUILD. I’m not going to go into any detailed analysis of the announcements, because whatever we speculate on will probably change in 6 months. So no “Silverlight is dead.” posts from this guy, that would just be irresponsible.

ComponentOne totally rocked BUILD. We were one of few component vendors asked to participate in the Expo floor. Here are a couple pictures of the ComponentOne team hanging around the booth before the expo hall opened. 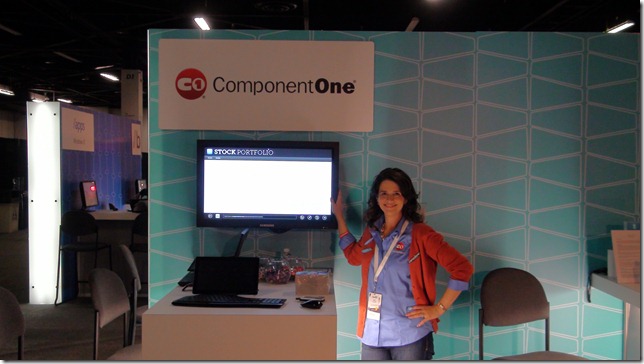 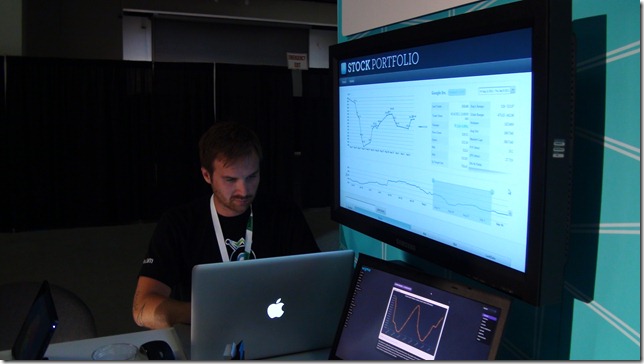 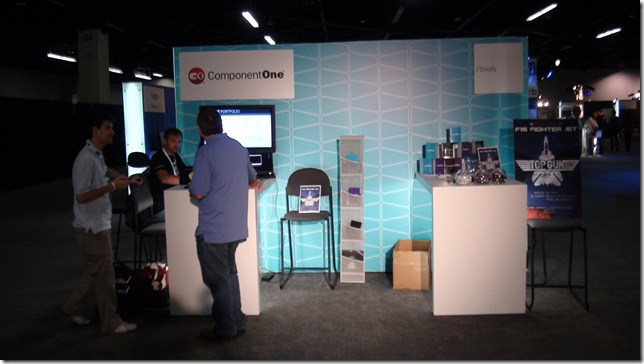 During the course of the week, we ran into many good friends. 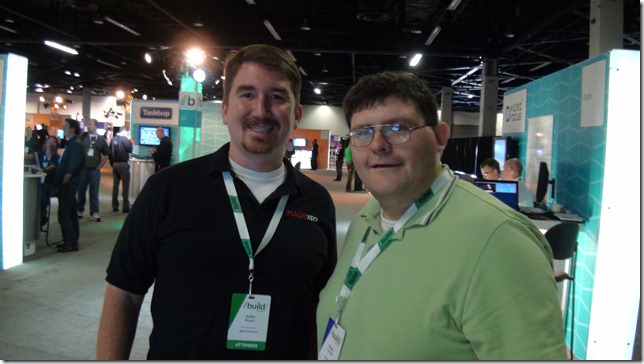 In fact, we invited a whole group of friend out for an evening of F-16 simulation at FlightDeck (http://www.flightdeck1.com). The Top Gun award went to Andrew Duthie, Microsoft Developer Evangelist for the Mid Atlantic region. It was a great time for everyone, especially the groups in the waiting room. That was the perfect time to heckle without the folks flying knowing. 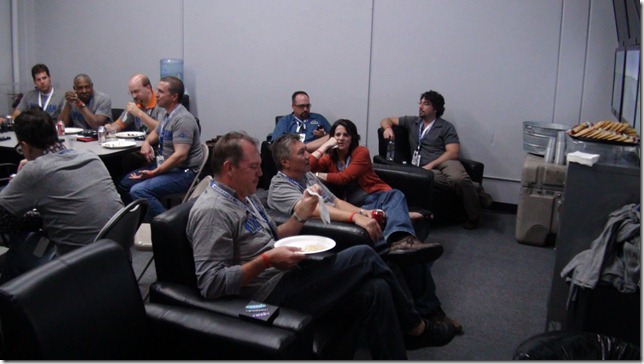 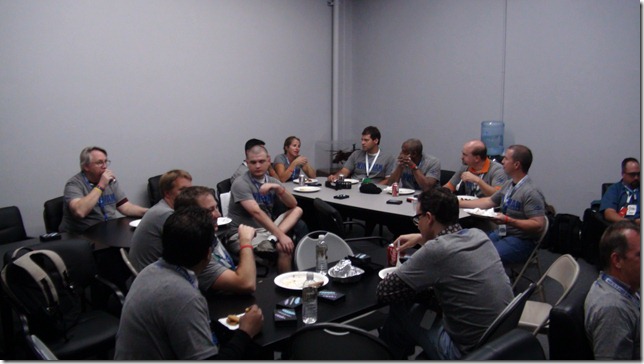 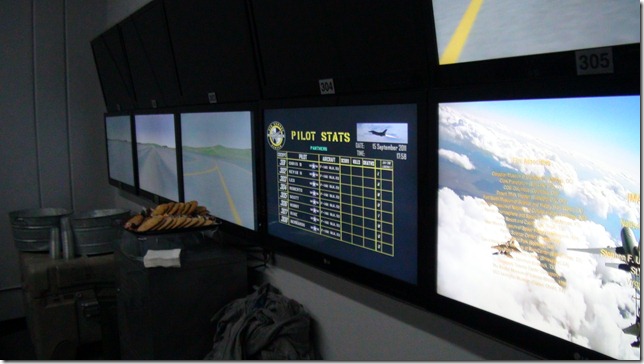 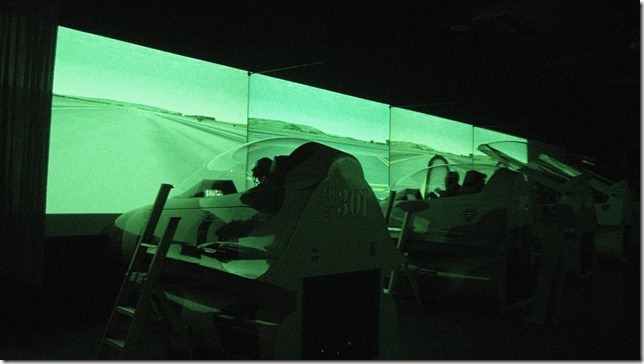 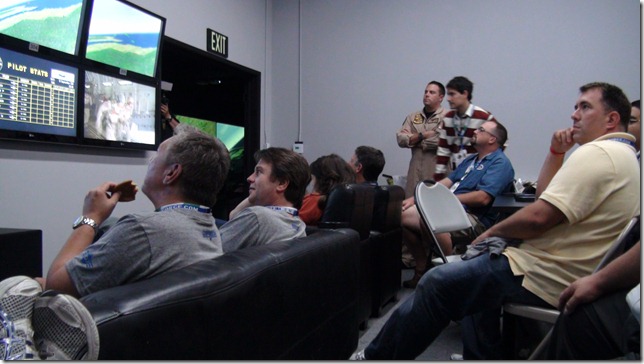 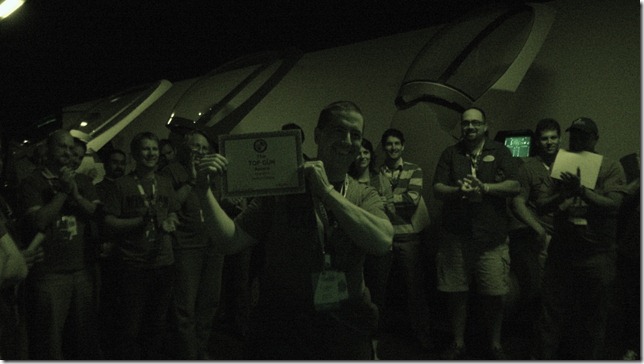 Thanks again to everyone who joined us that evening. It was a blast!

If you watched the keynote or any of the presentations, you probably saw this graphic: 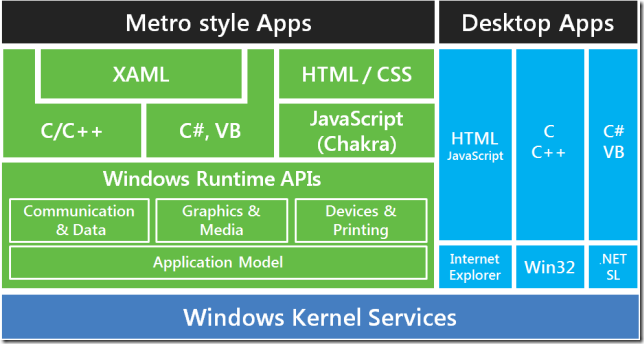 Windows Runtime (WinRT) is a set of APIs that allow you to access OS level features with any of the supported languages. The BUILD motto was “use what you know”, and they weren’t kidding. C#, VB, and C++ developer will still have homes in Windows. In fact, now C++ can use XAML to build their front ends while keeping everything in the backend native code. HTML and Javascript junkies can also now build native Windows applications. As a web developer, I think this is awesome, because my Javascript-fu has been becoming stronger. There are tons of open source projects out there for building great web applications, such as Wijmo. Is WinRT a replacement for .NET? I don’t think so. At least, not yet. We’re seeing a new developer story added for Windows developers, not a replacement for the current story. No technologies are dying. Every story we’re used to seeing is still there, and you shouldn’t change your development direction based off what “wasn’t” said during the week.

If you’re a web developer who is stoked to start building HTML and Javascript Metro-style applications, then your first stop needs to be to http://www.wijmo.com and download our widgets. We were the first vendor on the conference floor with a working demo of our components running on the Windows 8 tablets. 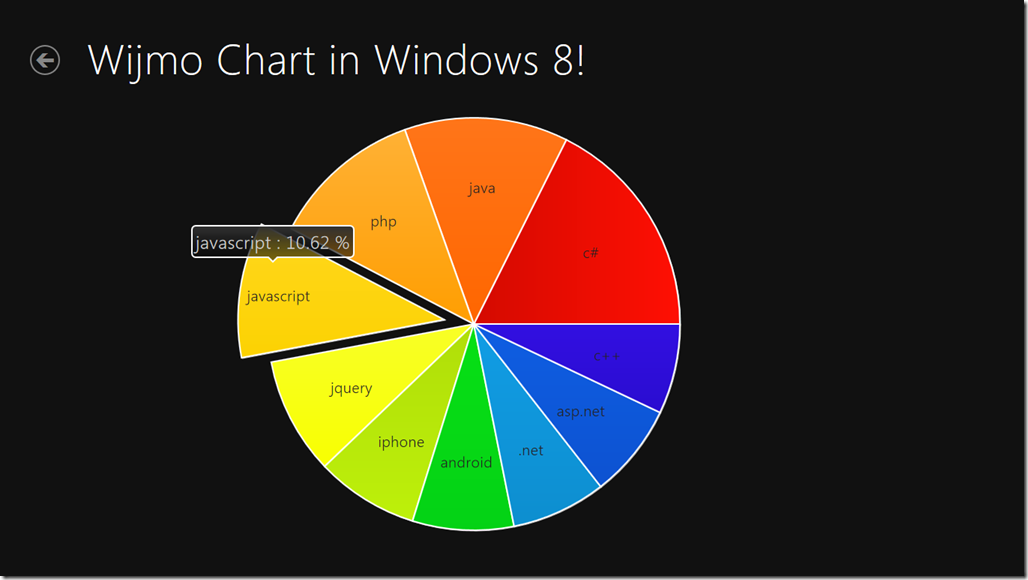 Head over to the post by Chris Bannon seeing how they built with Wijmo charting demo for Windows 8: http://wijmo.com/wijmo-charts-in-windows-8/ In fact, here’s a video with a brief overview of what Chris did:

I had a great week at BUILD. Although I didn’t get to many sessions because of booth duties, it was enjoyable to speak to all the attendees there. If you weren't able to make it, I definitely recommend heading over to the BUILD website and watching the keynote and videos. Learn everything you can, but wait a couple more months before making any drastic decisions. Kevin Griffin keving@componentone.com Follow me on Twitter @1kevgriff