Fluent Conf has really grown into a massive event that rivals some of the big Microsoft events I have attended. As a JavaScript developer, I am really happy to see that. Something interesting this year is that a common theme bubbled up (to me anyways). This year, I heard a lot about performance. To kick things off, I really enjoyed "Dirty Performance Secrets of HTML5" by Andreas Gal. Andreas outlined really specific performance pitfalls, especially concerned with rendering. This subject matter was pretty advanced, but presented in a consumable format for beginners too. And painting performance is very relevant to our work here at Wijmo.

Next, Paul Irish proposed some high-level concepts to help categorize/prioritize performance. I liked Paul's break down on the different types of performance areas: Response, Animation, Idle, Load. He coined the acronym RAIL. Of course, we could also use the acronym LIAR since we are really trying to deceive users on performance. His talk was very focused on perceived performance from an end user perspective which is also right up our alley. 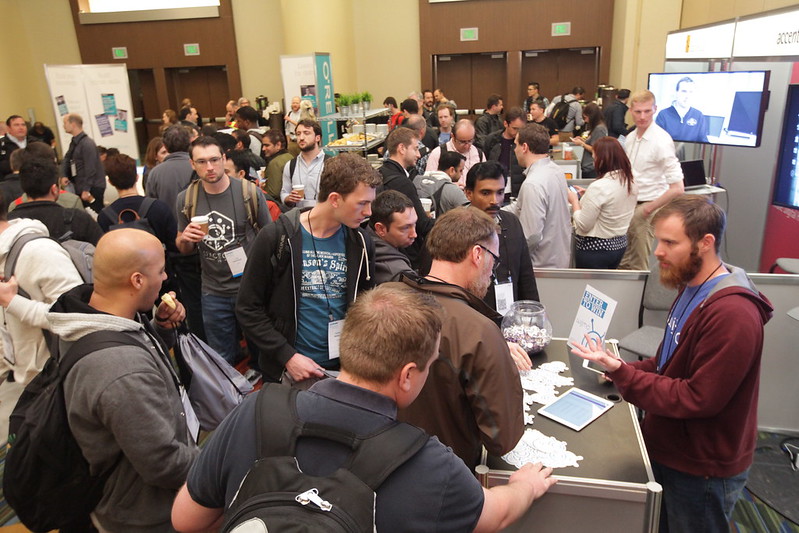 The most popular demo we showed by far was our Performance Benchmark sample. This sample allows you to test our FlexGrid against competition, including open source alternatives. You can choose up to a million records to databind to and see how FlexGrid flies. 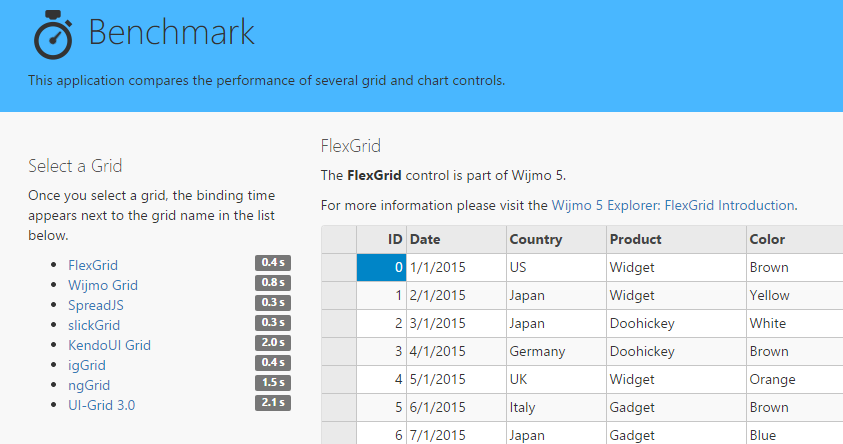 Performance is one of our highest priorities here at Wijmo. I still have to write a blog post about our insane ordeal with scrolling performance in IE in the last couple months. We spend a LOT of time on performance and everything we do takes it into consideration. So it was great to hear so many others are also starting to make performance a priority. I know that it can be easy to put performance on the back burner, but it is important to insist that it is as important as your biggest feature.