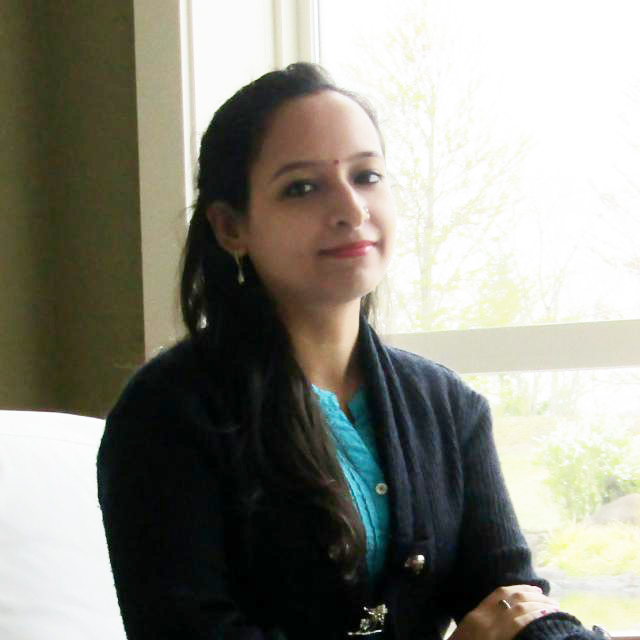 In ActiveReports, the Tablix data region provides an ability to showcase report data in a tabular layout, by categorizing it in horizontal and/or vertical directions. Using this, you can create reports that depict information about multiple dimensions. For example, you can create a report comparing the performance of different employees, price lists for different car models with respect to their variants, and water consumption in different regions over the years and so on.

By producing a report with strong elements of data visualization, Tablix can improve the readability of the content. This will improve user comprehension and the ability for data analyzation.

When added from the Toolbox, Tablix consists of 4 cell each representing the four different areas: the Corner, Row Group, Column Group, and the Body.

Below image shows an example of a simple Tablix structure, containing these four areas.

Each cell in the Tablix area comprises of a TextBox control, by default. You can add different controls like Image, Barcode or data regions, like a Table, a List or add Tablix in it.

These areas can be used for the following purposes.

Based on the above structure, a more complex Tablix can be designed by adding multiple groups, like in the image shown below.

Let's now read about the different Tablix components/parts that constitute the Tablix areas using the diagram below.

The below Tablix structure depicts all the mentioned areas and its components: 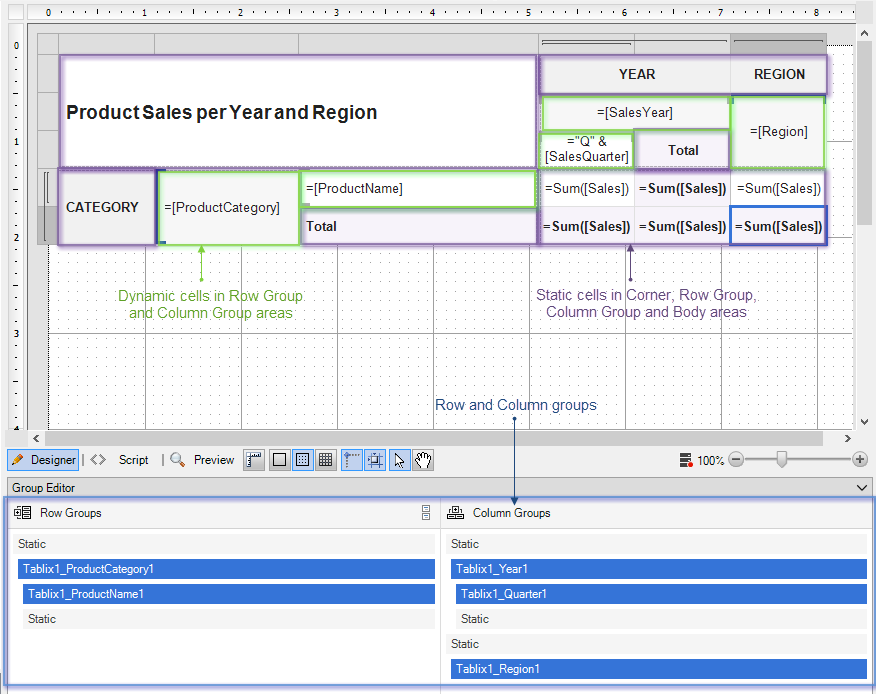 Following output is shown on previewing such report. 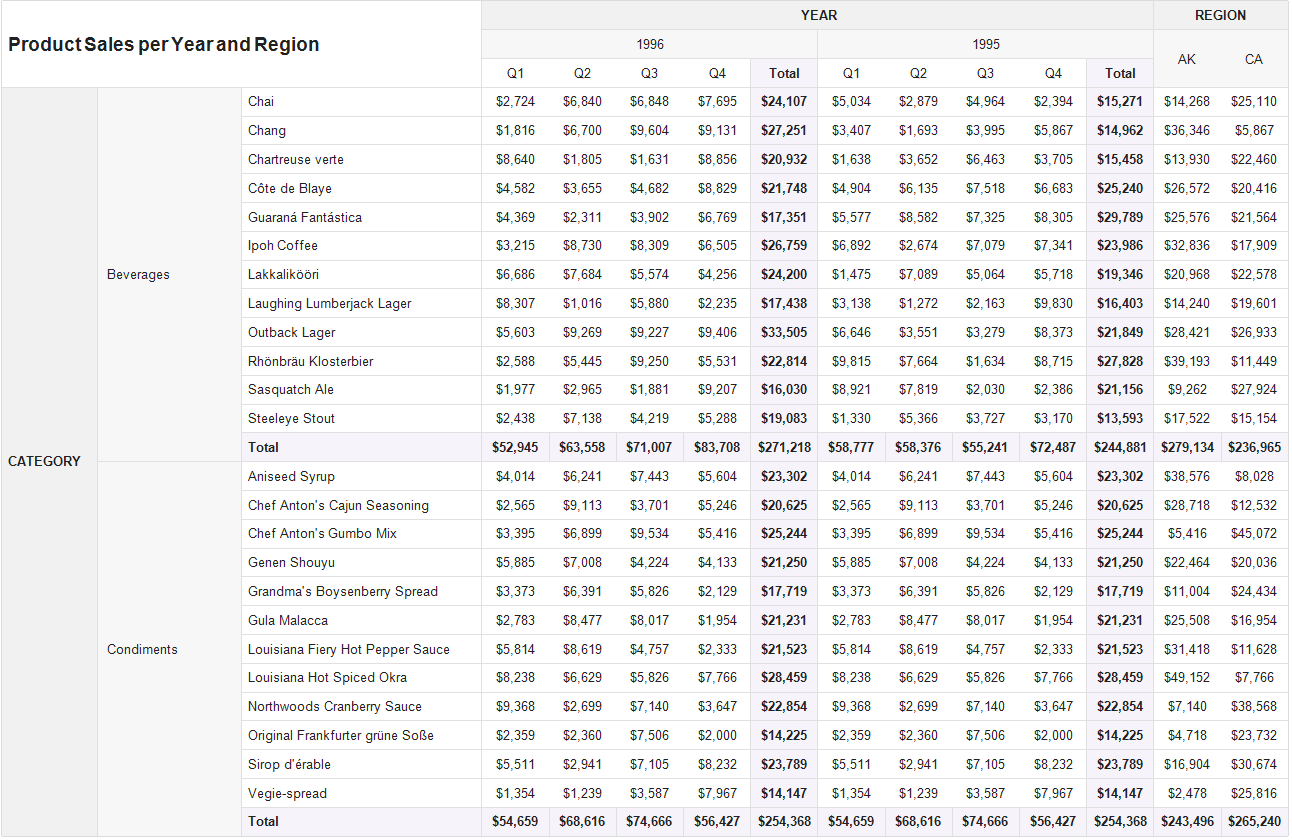 As you can see, dynamic cells are repeated with different values of respective groups (for example, the year 1996 and 1995, product categories beverages, condiments, etc.). Static cells are rendered only once (YEAR, REGION and CATEGORY), except when placed next to the dynamic cells, like in the case of static cell 'Total.'

You can also refer to the AR12 documentation for information on Tablix structure.

Using the Tablix data region, you can arrange your data to create reports in different layouts.

This way, you can customize the Tablix data region to create the simplest to more complex layouts in your reports. If you have a question or comment, please leave in the thread below.