The ComponentOne 2020v3 release enhances the number of datasources supported by .NET Standard service library DataConnectors, which provides a set of connectors that can be used to connect to different types of data sources. Now, users can connect to six data sources, namely OData, Microsoft Dynamics 365 Sales, Salesforce Data, Kintone, QuickBooks Online, and Google Analytics, using an ADO.NET provider for each type. These providers have the same ADO.NET architecture as the native .NET data providers for SQL Server and OLEDB.

Hence, they ease the complexity of accessing data by letting users follow a similar set of classes available in the .NET architecture. These providers also have advantageous features such as authentication, caching, and SQL/LINQ query support. To add up to these features, the DataConnector also includes an Entity Framework (EF) Core provider for each type of datasource, which makes this library useful even when working with Entity Framework Core.

To get started, install the C1.DataConnector and C1.AdoNet.C1GoogleAnalytics packages from NuGet: 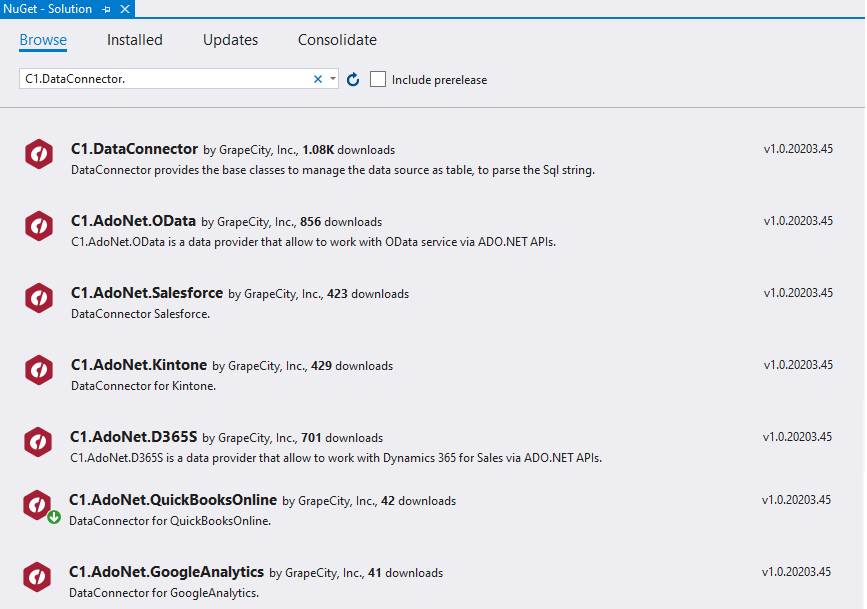 The performance of the ADO.NET provider for Google Analytics can be enhanced by accessing the data from the cache when the user performs similar operations repeatedly. To support this type of functionality, the DataConnector library provides in-built caching support. We would need to configure the connection object to set the cache properties and enable cache for a connection. The UseCache property must be set to true, while customizing the default cache location by setting the CacheLocation property. The CacheTolerance property is used to set the cache tolerance time in seconds, with the default value set to 600 seconds.

Here is a sample code snippet which depicts how to enable caching by setting all the cache properties in the connection object:

The ADO.NET provider for Google Analytics provides another caching strategy known as Incremental Caching, which updates the cache data periodically to add new records from the source entities without refreshing the complete cache data. This technique relies on a unique field and a timestamp field which records the last time the record was updated, or a new record was inserted. Hence, any table which needs to implement incremental caching must have a Timestamp column. Google Analytics has a default timestamp column "Updated". The "IncrementalUpdate" and "IncrementalUpdateColumn" properties of C1GoogleAnalyticsConnectionStringBuilder class must be set to enable Incremental caching. For more details, refer to the documentation topic for Incremental caching.

The steps above have demonstrated how simple it is to connect to a new type of data source with a common interface based on a known data access technology such as ADO.NET. So, let's get our hands on something new by using something old.

For more detailed information, kindly refer to the DataConnector documentation.

We will create a basic dashboard to analyze the last month's traffic for a website in five specific countries. Here is the list of metrics that can be analyzed:

Here is a quick look at the dashboard we will be creating: 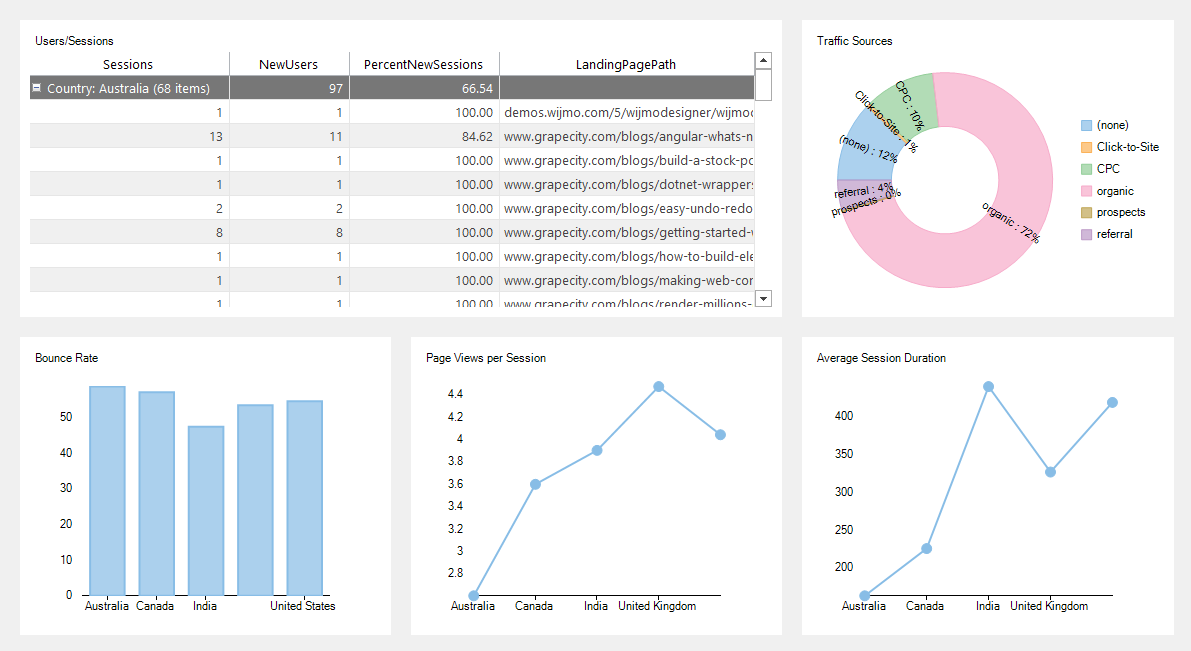 Let's understand how to create this dashboard by following the steps below:

Note: Refer to DashboardLayout control's documentation to gain an insight on the control before starting with these steps._

This is how the DashboardLayout control would appear in Windows Form designer after following the steps listed above: 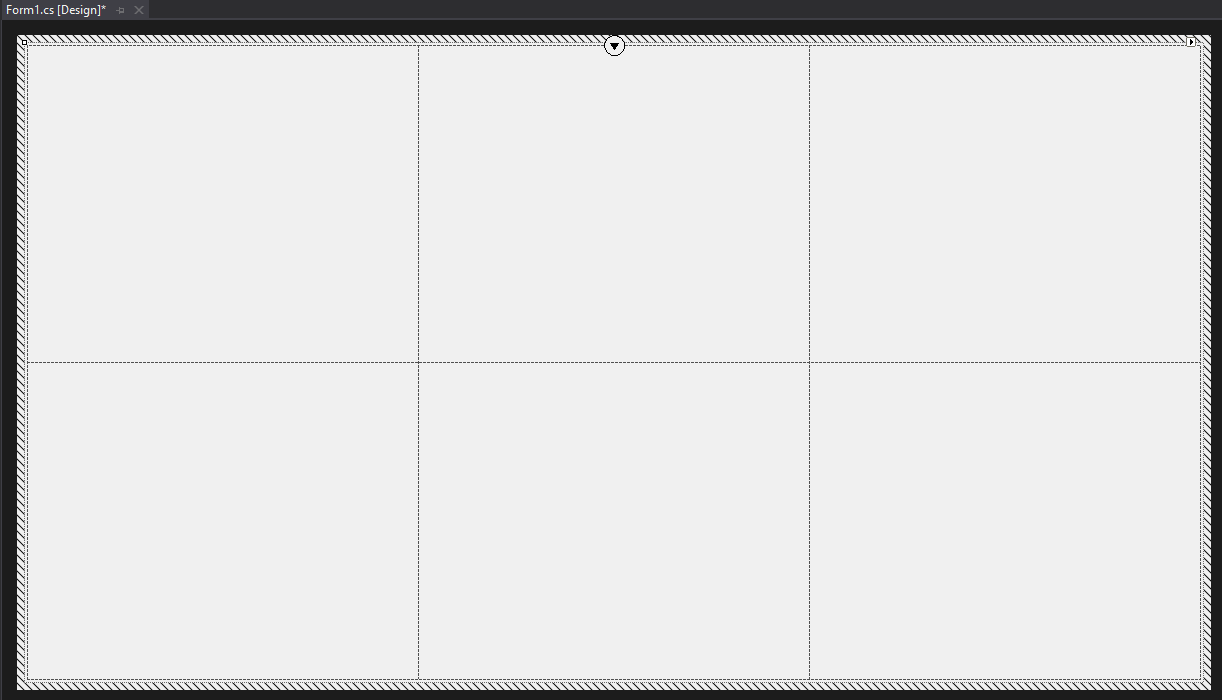 We will add controls to each of these cells to design a Dashboard used to visualize and analyze the website traffic. 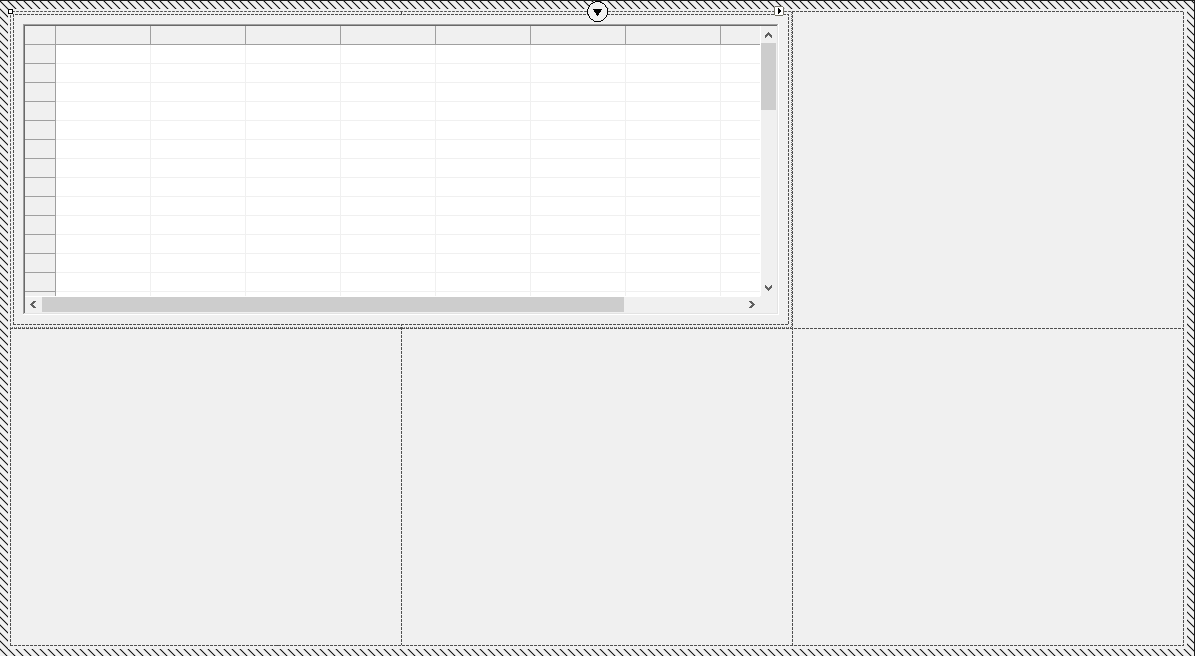 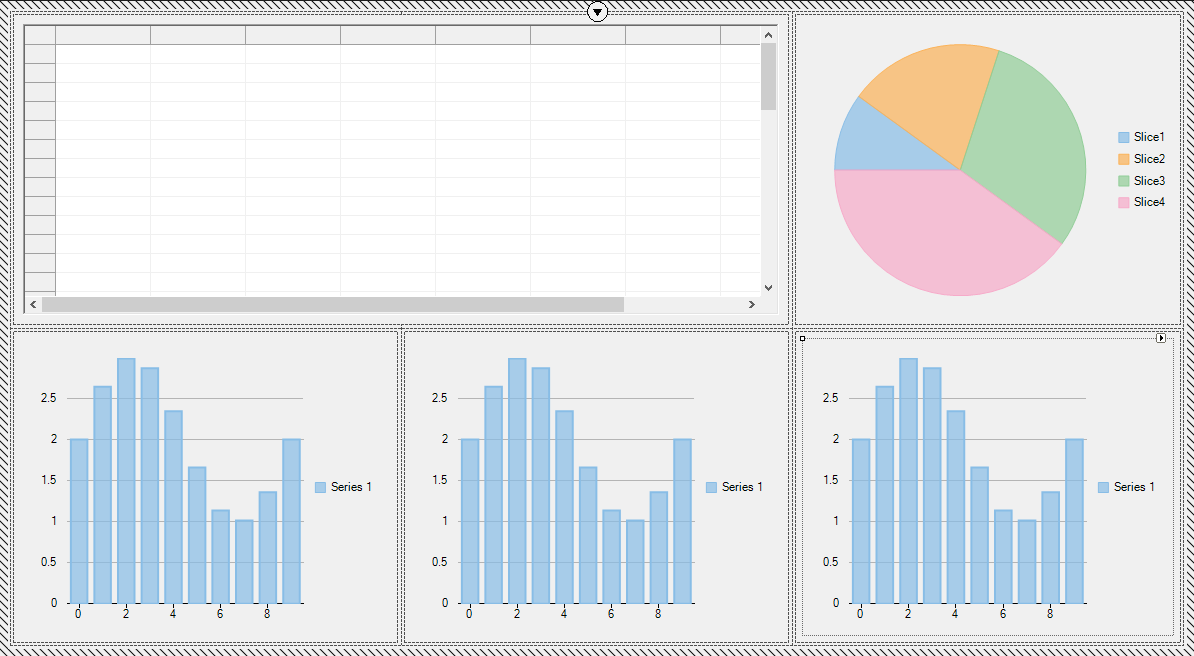 Define the following methods in code file for Windows form to bind fetched data to all the controls placed in DashboardLayout control:

Change the appearance of the dashboard to make it look similar to a Google Analytics dashboard, by defining the following method which styles the DashboardLayout control:

Invoke all the methods defined above in the Form_Load event to populate the Dashboard controls with data and style the dashboard. Here is the sample code snippet for the same:

Save and execute the application to view the dashboard.

Similarly, users can create other Dashboards with the different controls available in Winforms edition by binding to other tables/views available in Google Analytics as explained in the Schema details provided here.

Get started with Dashboards and Google Analytics in a .Net application using the described approach.