With Studio for WPF and Silverlight 2011 v2, you can now broaden your global audience with built-in localization support for 20+ international languages. This means that all UI strings baked into ComponentOne WPF and Silverlight controls can be automatically translated into these languages (aside from English):

When you localize a WPF application you have several options. See here for best practices from Microsoft. When you use ComponentOne controls in your application the localized resources are automatically included in your output based upon the published language you specify in your project's settings. They will come from their installed location under C:\Program Files\ComponentOne\Studio for WPF\bin, and do not need to be added manually to the project. Change the UI Culture of your application to the desired culture. One way of doing this is on the application's current thread: 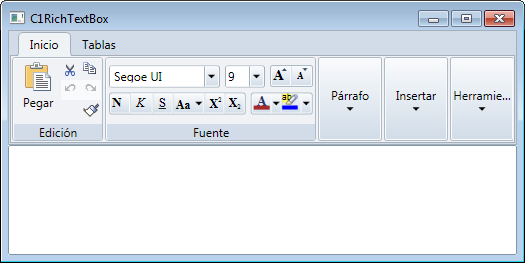 Localization for Silverlight applications is a bit different, as it has two extra steps. First, you should add the desired localized resource files (.resx) to your project's Resources directory (Build Action: Embedded Resource). We provide the localized resource files for each ComponentOne assembly located at C:\Program Files\ComponentOne\Studio for Silverlight 4.0\Help\LocalizationResources.zip. Second, you must unload your project and edit the

The final step is the same in WPF; change the application thread's culture.

Check out a live demo showing every provided language in Studio for Silverlight. This post just focused on localizing C1 controls. You will likely have other UI strings that need localized too, so see here for more information about Silverlight localization from Microsoft.