We were very excited to learn that Microsoft would be acquiring Xamarin. It’s like a match made in heaven. They truly were meant to be together. Ever since I attended a Xamarin + Microsoft branded theme party at BUILD 2014, myself and pretty much everyone else assumed a merger of the super powers was on the horizon. 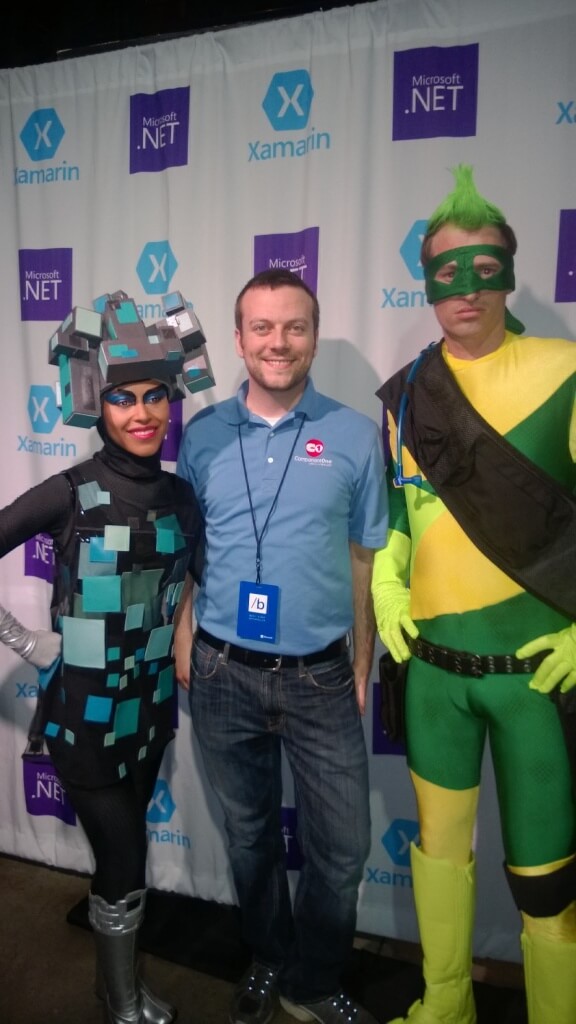 Me at Microsoft BUILD 2014 Xamarin Party Some predicted this would have happened sooner. For those who of you who have been following the Xamarin story, Xamarin provides a majority of what Microsoft wants and needs to round out its mobile offering. There are developers making the shift from desktop to mobile apps and this acquisition provides Microsoft the opportunity to grow its mobile developer ownership way beyond Windows mobile. Xamarin's technologies already nicely align with Microsoft tools and have the potential to be even better. Microsoft will benefit from increased developer acquisition, Xamarin benefits from what we can only imagine is a larger pool of resources and reach, and developers will benefit from a streamlined, single set of tools. We won’t know for certain yet until BUILD or Xamarin Evolve this year, but most are predicting that the Xamarin Platform will be rolled into some version of Visual Studio and MSDN. All of a sudden the Xamarin Platform would become more accessible to every company and developer out there. The biggest question I have going into BUILD and Evolve is what will Microsoft do with the branding and the naming? Will they remove the word "Xamarin" from our vocabulary? The “Xamarin Platform” has been a convenient way of saying “Native iOS and Android apps written with C#” so hopefully whatever Microsoft decides doesn’t make our jobs harder at referring to the platform and differentiating it from the other tools and platforms available for iOS and Android apps. I think there's a great chance the Xamarin Platform will become the adopted sibling of Visual C++ for Cross-Platform Mobile Development, and it might just simply become Visual C# for Cross-Platform Mobile Development. But regardless of naming, with this acquisition we’re bound to get a smoother development experience. I’ve been developing with the Xamarin Platform since about the time Xamarin.Forms was born. Visual Studio will always integrate with other Microsoft services like TFS and NuGet better and I have lots of love and appreciation for the Visual Studio Emulator for Android. So there’s really no question that Visual Studio and any tool released by Microsoft will be flawless and loved by all. So we are looking forward to the Xamarin Platform fitting in with Microsoft. We'll have to wait and see how it may impact Xuni. We just hope that our friends at Xamarin are as excited as we are.