Today Microsoft revealed that they're taking a big step to unify XAML across many of their platforms. The new common markup language that they're calling XAML Standard will finally let you share XAML between Xamarin.Forms and UWP. This is an important step for Microsoft, and builds on the groundwork that they laid with .NET Standard and Xamarin acquisition last year. This also makes the U in UWP feel significantly more universal.

XAML Standard is meant to create a common markup language that is able to be shared between Xamarin.Forms and UWP. This code should be much easier to move between platforms (think copy and paste), and should provide a common set of objects you can use in your XAML. The example that Microsoft provides is that of using UWP's TextBlock: Currently in Xamarin.Forms though, a Label would be used instead:

However, once Xamarin.Forms has implemented XAML Standard you'll be able to use the TextBlock just as easily. Microsoft even mentions that XAML from WPF may work in large part under the new spec. Overall, there should be a great opportunity for sharing code going forward. 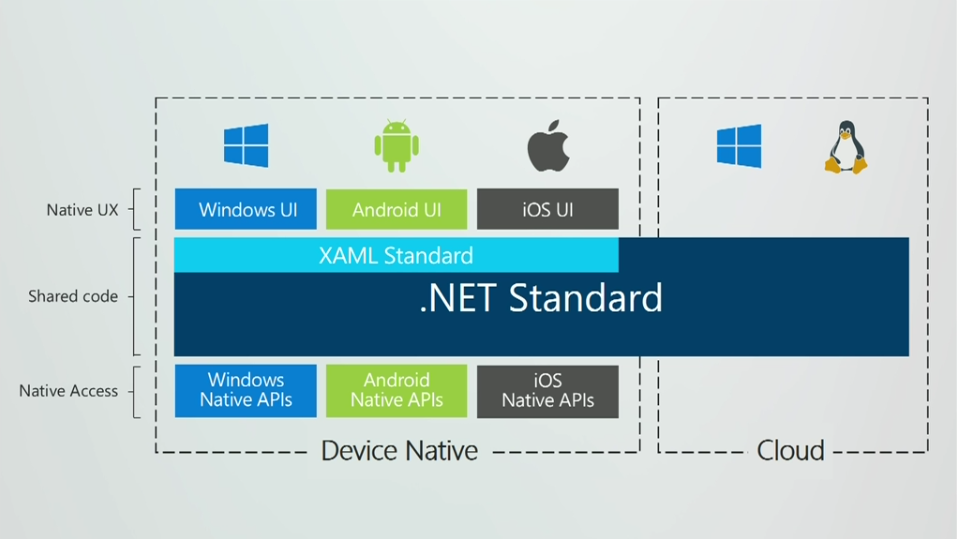 XAML Standard is still in the draft phase, and Microsoft is targeting a release of 1.0 later this year. They're actively seeking contributions from the community, and have a GitHub repository available that provides some more information about their plans. Microsoft also promises that nothing will change for existing developers, so you won't have to concern yourself with major breaking changes that will come along with the new standard. Overall this is a major move in the direction of having truly reusable, common code. Since Microsoft is still in the early phases and actively seeking feedback from the community, I encourage anyone who is interested to check out their proposal for the standard and suggest any features that they'd like to see. We're excited to see Microsoft taking the next step towards unifying their platform!

Also, if you're at Microsoft Build this year, be sure to stop by booth 205 and say Hi!

Be sure to check out our newly re-engineered Xamarin Edition controls with UWP support!