If you’re currently a Crystal Reports user in search of a more convenient .NET reporting tool, FlexReport's one-click migration requires less effort to modify the report definition to obtain desired output. Report subsections, a popular feature among Crystal Reports users, have been a primary focus in our Crystal migration development.

What is a Subsection?

Subsections—also known as “nested” or “child” sections—allow us to further break down the report, which is especially helpful when working with long reports.

Why are report subsections useful?

Which tool should I choose for migration?

Please note that while subsections are supported in FlexReport, some changes may be required upon migration, depending on other features used in the subsections, like conditionally showing or hiding a subsection. In some cases, subsection names will be different in FlexReport. Let’s look at migration of some Crystal Reports. 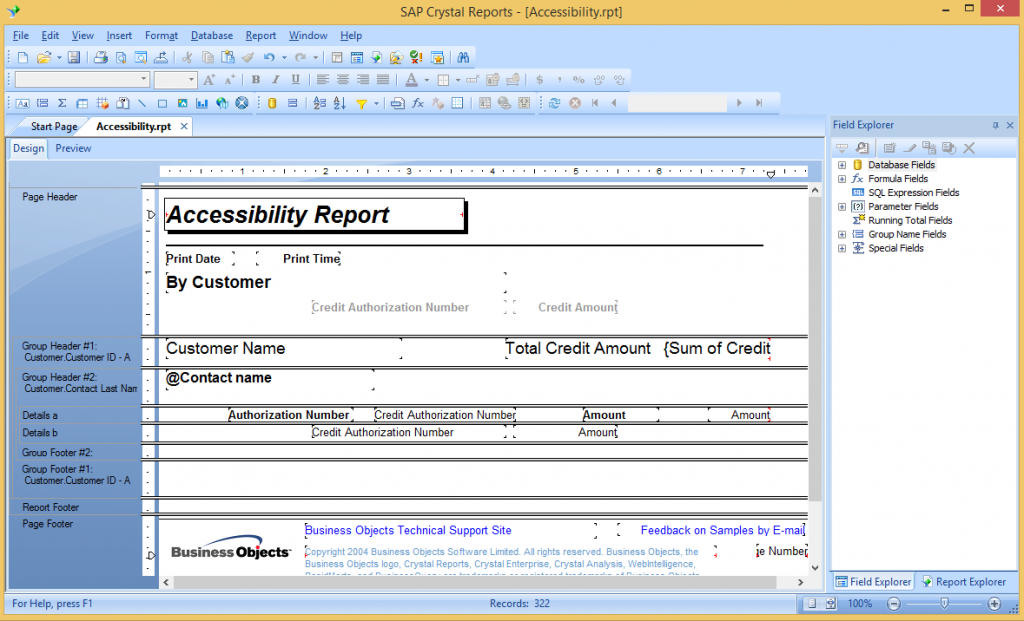 Crystal Report Detail Sections in Designer The report has a Detail section that is divided into two Subsections: “Details A” and “Details B”. While Details A shows the Credit Authorization Number and Amount with Labels, Details B section shows only the Field values.

Migrating a Crystal Report to FlexReport is a one-click step. 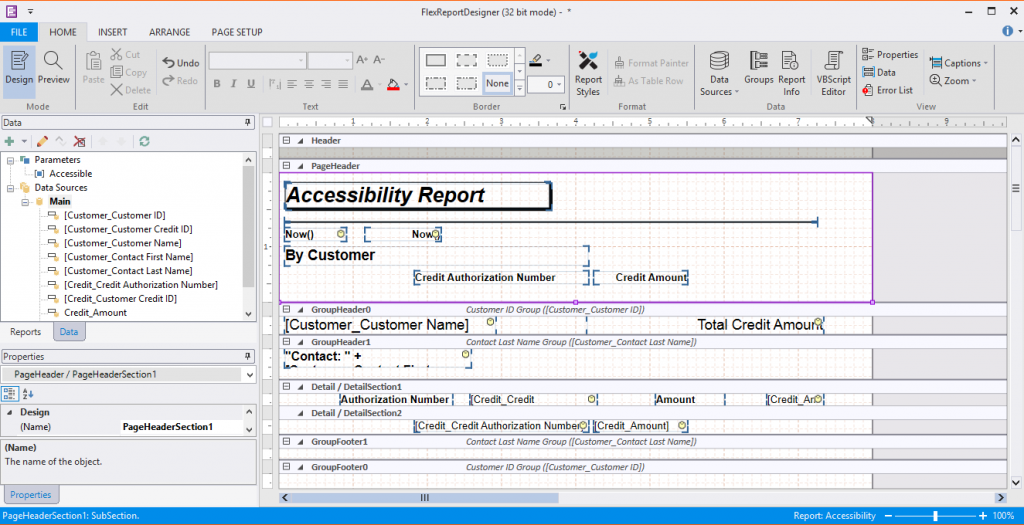 Accessibility Report in FlexReport Designer The only exception is that in Crystal Reports, both Details A and Details B subsections are displayed on the basis of the parameter value entered by the user. While such behavior is supported in FlexReport, the current migration tool does not convert the script used in Crystal Report. This is one area where you’ll have to add additional script to generate the desired output. 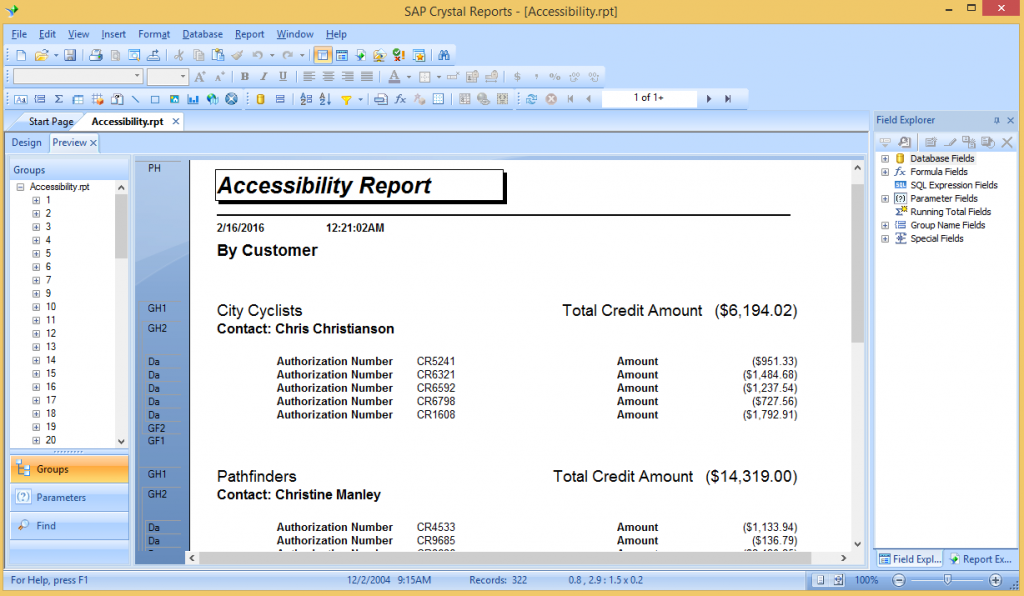 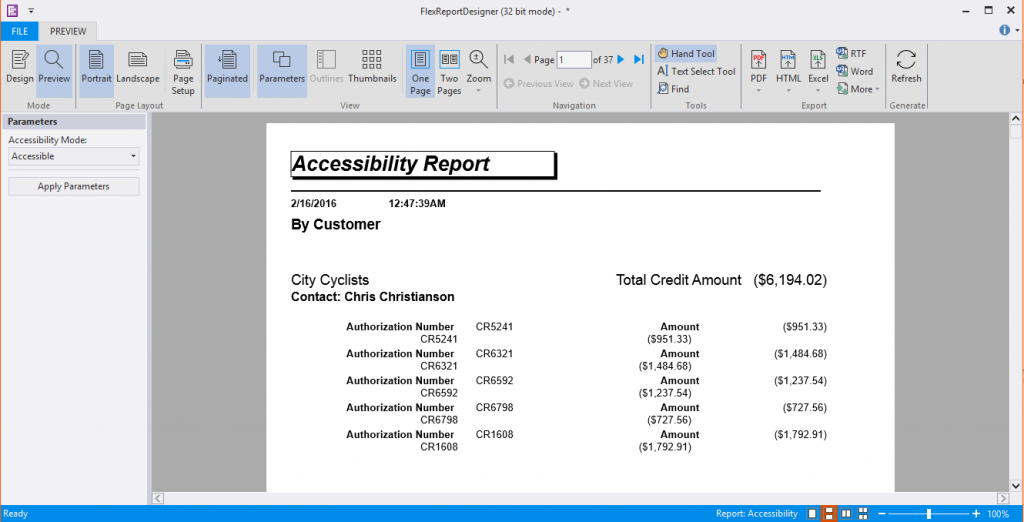 Use Case 2: Divide a Header into Report Subsections

This Crystal Report divides Group Header into 3 subsections, each having different content and formatting: 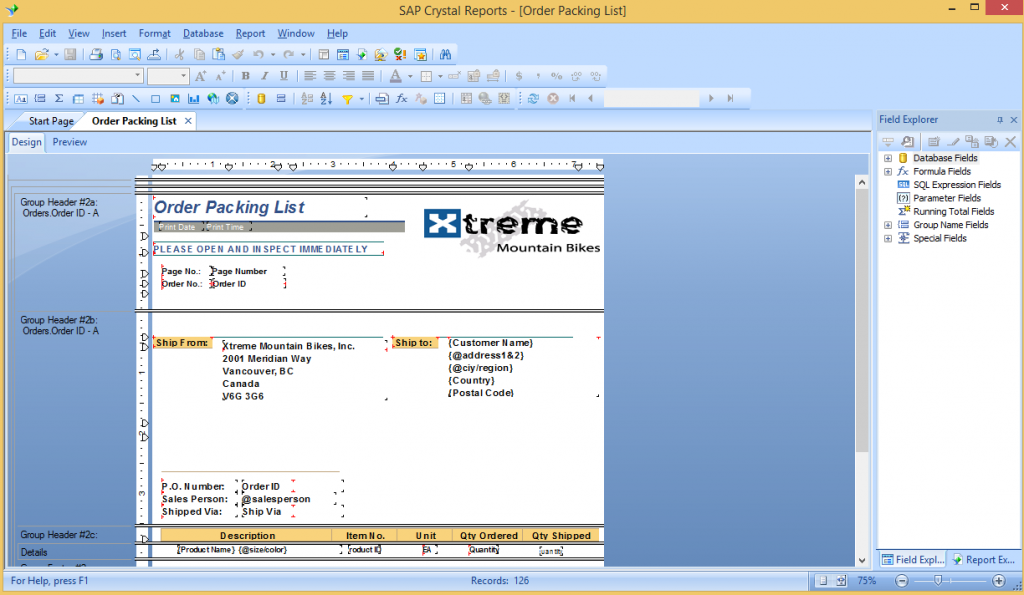 Upon migration, all three subsections remain intact in FlexReport, with the same content accurately placed in different subsections with similar formatting as in Crystal Report. 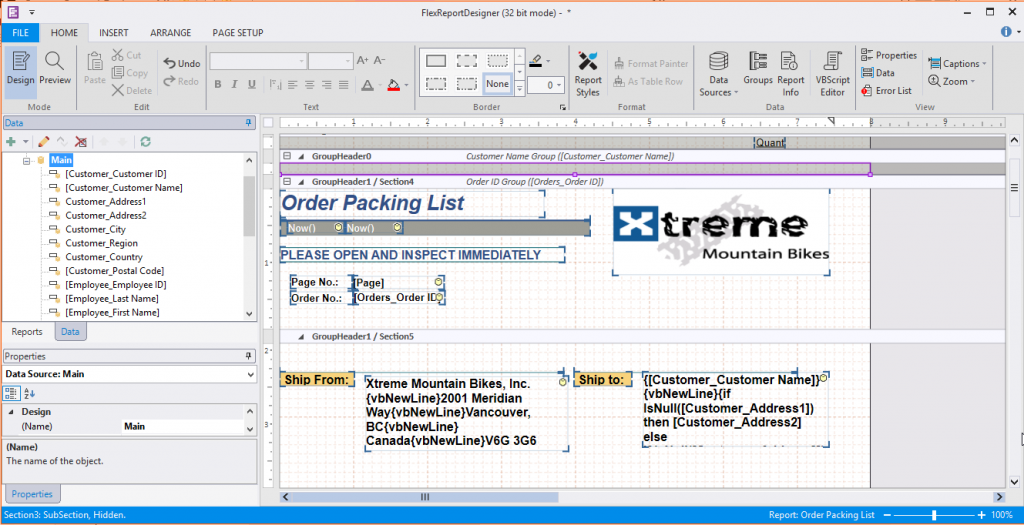 GroupHeader subsections in FlexReport Designer In this case, the subsection naming is inconsistent, which you’ll have to correct before running the report. The output, however, is same as that of Crystal Reports. 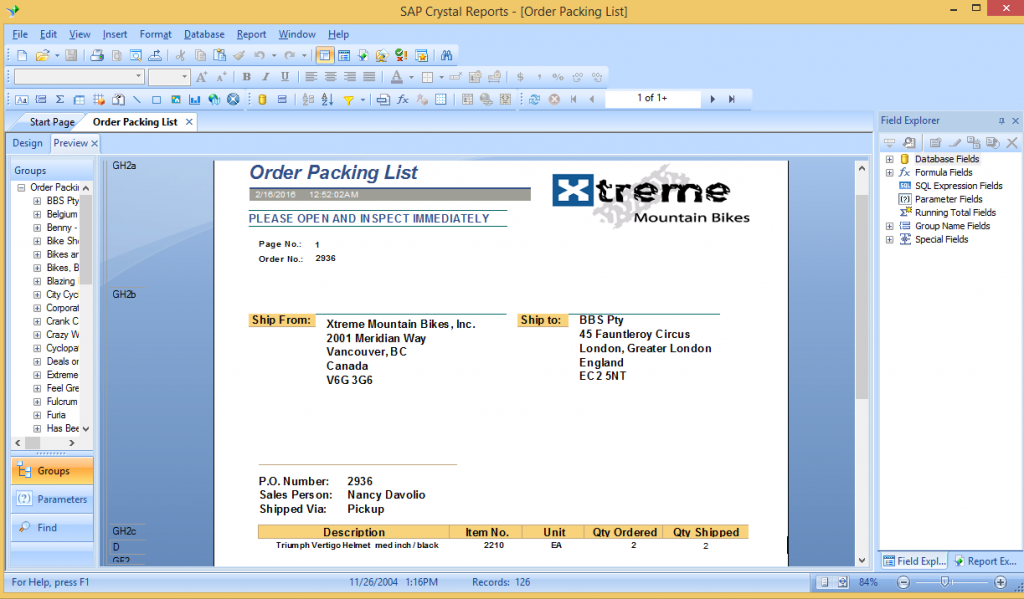 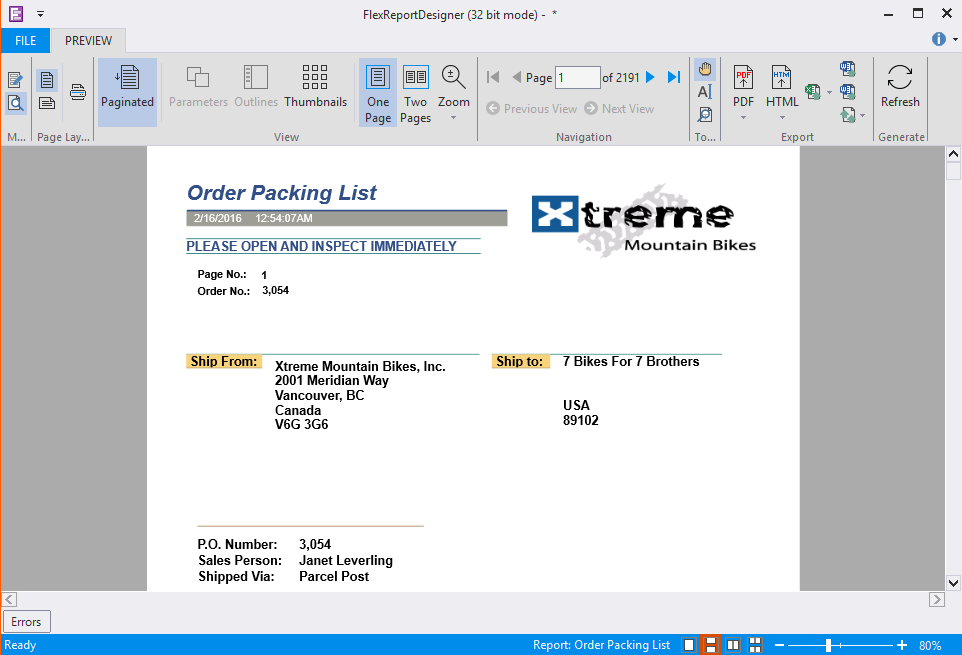