Recently, ComponentOne has added several new controls to Studio for ASP.NET's lineup. These new ASP.NET controls, codenamed Palomino, include the C1Gridview, C1ComboBox, C1FormDecorator, C1MultiPage, and more. They have been built from the ground up to take full advantage of the Web's most promising technologies like AJAX, CSS, XHTML, and so on. The Palomino lineup also offers a rich, client-side object model to meet the demands of today's ASP.NET developers.

In the months to come, the Palomino controls will be replacing their older counterparts entirely, as these controls enter Legacy status. This may sound problematic to some, but there is no need to worry as this article will demonstrate how to migrate some of our older ASP.NET components, specifically those from the C1WebCommand assembly, to their newer Palomino counterparts. For those unfamiliar with the C1WebCommand controls, these include the C1WebMenu, C1WebTreeView, C1WebTabStrip, C1WebTopicBar, and the C1WebToolBar; although, the focus will be on just the first four of the C1WebCommand controls mentioned.

Open the sample application in Microsoft Visual Studio 2008, and complete the following steps:

Directly below the Page directive, add the following Register directives:

You will notice that there is a directive for each of the new controls, while using the C1WebCommand controls required only a single directive. At this point, start the web application; the C1WebTabStrip will render with a separate tab for the C1WebMenu, C1WebTreeView, and the C1WebTopicBar controls.

Now, let's take a look at the controls individually and how to migrate each to its Palomino equivalent, starting with the C1WebTabStrip.

This markup will create an instance of the C1TabControl that can be seen below: 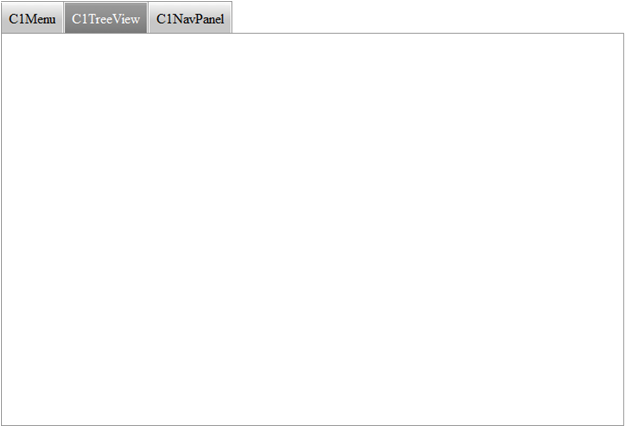 This small amount of markup will add a one-second long animation and transition effects to the C1TabControl each time its tab changes. Other new features of the C1TabControl include multi-row, scrolling, and validation. Before we move on, run the application; you should see the older version of the C1WebTabStrip, and below it, the more professional looking C1TabControl that should render similar to the following image: 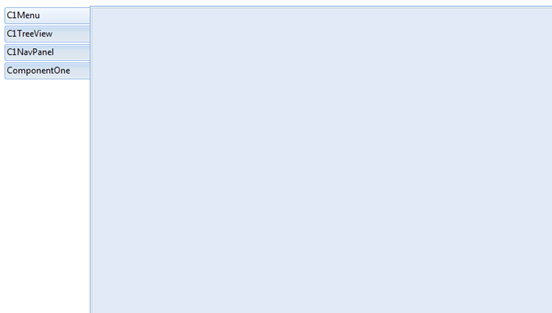 Now that we have the C1Menu on the Page, let's look at some of the control's features that distinguish it from the C1WebMenu. The first property to change is the Orientation property. The Orientation property, which has a default value of Horizontal, will determine whether the menu is rendered horizontally or vertically. In this sample, change the Orientation property to Vertical; this can be done through the properties menu, markup, or code. Another new feature that the C1Menu introduces is the ClickToOpen property. The ClickToOpen property, as it suggests, is a Boolean property that determines whether or not the end-user must click on the menu item to view its children; the default value of this property is False and the C1Menu will open when hovering over it items. Change the ClickToOpen property to True so that the C1Menu in this web application behaves similar to the native menus in Window's operating systems. At this point, run the web application; the C1Menu should look similar to the image below:

Now it's time to use the C1Menu control as the context menu of an ASP.NET TextBox. To do this, paste the following markup below the tag:

Now, run the application, locate the newly added TextBox control, and right-click the TextBox; the result should be similar to the following image:

Some other features that the C1Menu establishes are menu scrolling; templating; saving and loading the control's layout as XML; the ability to overlay Flash, ActiveX, and Windowed objects; animations and easing; and much more. 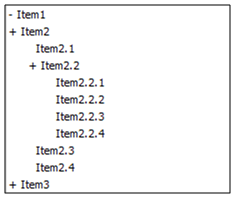 The C1TreeView is very similar to the C1WebTreeView control in the sense that it allows developers to display a hierarchy, but it also brings additional functionality and style. The C1WebTreeView begins on Line 115 of the Default.aspx file's markup and is denoted by a comment tag. Now, scroll down to the comment tag, and paste the following markup directly below the comment:

At this stage, the C1TreeView should render as follows. If you expand or collapse a node, you can see an example of the C1TreeView's several animation and transition effects.

The C1TreeView also introduces several new features such as node sorting; node drag-and-dropping; templates; the ability to show or hide the node lines; load on demand; and many more. 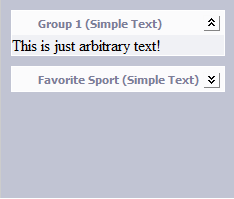 You should notice that the each pane of the C1NavPanel consists of two portions, the header and the footer, that can contain any object. You should also notice that the markup is appreciably cleaner and less cluttered. Rebuild and run the web application to see the C1NavPanel in action. When exploring the C1NavPanel at this point, the control demonstrates some of its several animation options as well as an additional pane that host the ComponentOne website. The C1NavPanel also allows end-users to resize the panes vertically by using the sizer just below the open pane. The C1NavPanel should resemble the following image: 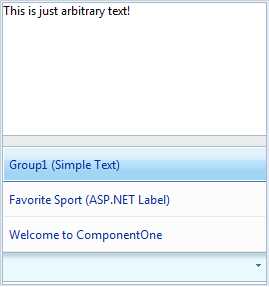 Now that you have seen a simplified example, you can now confidently transform your web applications using ComponentOne's ASP.NET controls. For the most styled, supercharged, and easy-to-use controls built on Web standards including AJAX, CSS, and XHTML, continue to use ComponentOne Studio for ASP.NET in your sites.

You can download the completed sample application by clicking the link below: