Last week, I had to opportunity to attend Microsoft Build 2017. Before arriving, I must say that my expectations were high, but I was clueless about what Microsoft had in store for this event. 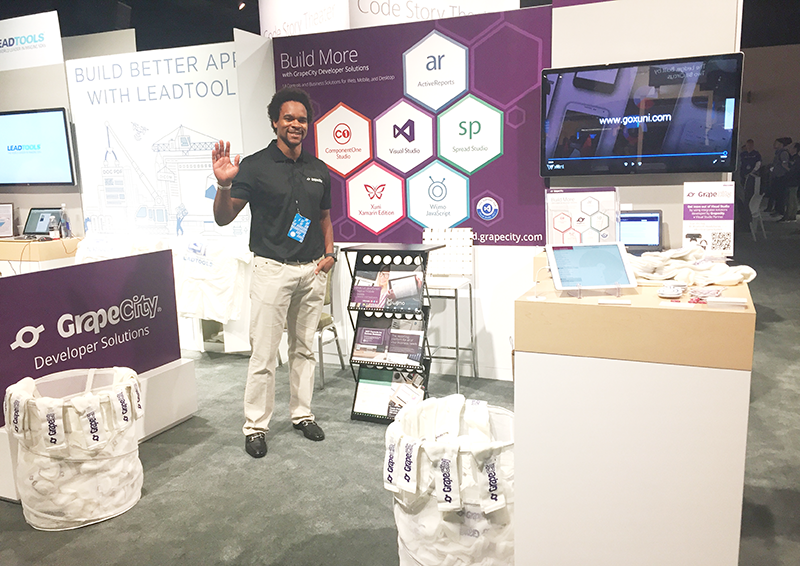 Here's me at the GrapeCity booth!

An Emphasis on Cloud - Keynote Highlights

It was obvious that there'd be an emphasis on cloud technologies, because the week prior to Build, Microsoft announced a new Operating System, Windows 10 S, which relies heavily on the cloud for file storage and by far is not a tool for a developer. As expected, a major portion of the 3-hour long keynote was dedicated to Azure and cloud solutions. Along with the emphasis on cloud, there was also hype about integrating applications across devices, and Microsoft’s number 1 developer tool was the centerpiece of this conversation. Visual Studio 2017 was released a few months before this event, and if you haven’t used it yet, now is the time! The Visual Studio team has added lots of features to speed up development. Out-of-the-box, Visual Studio 2017 installs with fewer system packages than VS2015, so you can add what you need as you go and reduce the time to start your work. Microsoft has improved IntelliSense too so you can code faster, added live code analysis to make your code better, and added better debugging support so you can catch errors and exceptions easily. Microsoft made many other additions to Visual Studio, but my favorite is Live Unit Testing. I think that every developer should be pumped about this. With Live Unit Testing, your Unit tests run automatically in the background, so you just have to focus on the logic (and that they pass the unit test of course). Even though this may only save you from a few extra clicks every time you want to run your tests, it's very nice to have this automated. The Xamarin Live Player preview will also save developer's precious time. With this tool, mobile developers will be able to see the results of their code changes in a fraction of the time it takes to stop and start an app running in a traditional emulator. I can’t wait until this is tool is beyond the Preview stage! There were other interesting sessions on topics that I enjoyed learning about, including the new features in TypeScript, the roadmap for Xamarin.Forms, Microsoft’s Cosmos DB, the new additions to Cognitive services, Blockchains, the variety of HoloLens applications, and the list goes on… 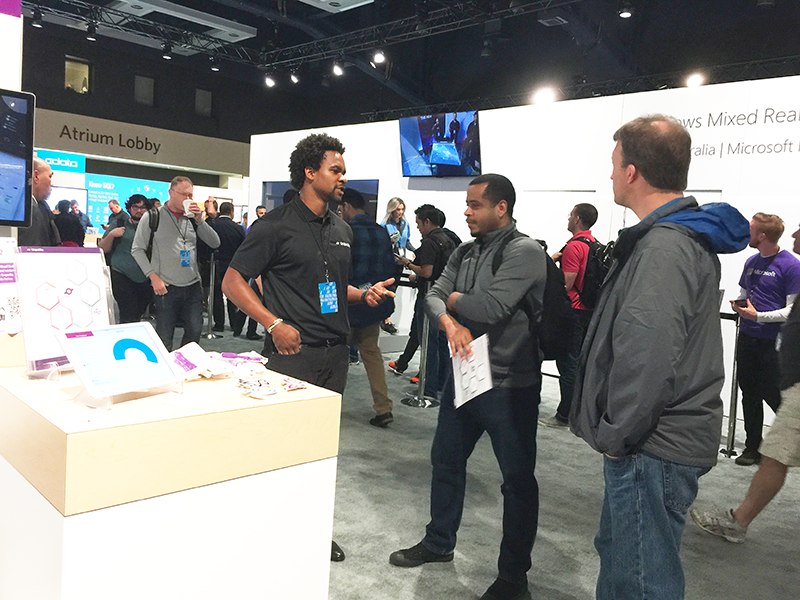 Chatting with developers outside of a HoloLens kiosk This was the first conference that I have attended of this magnitude, and I must say that I was impressed. There were so many new technologies that it was overwhelming, yet I came to realize why this conference is appropriately called “Build”. It was clear to me that Microsoft simply wants to enable more software developers to do more and think outside the box, even if it doesn’t make sense sometimes. Half of the technology that was at my disposal to indulge in at this conference just wasn’t for me, but I am sure that if you have a problem you want to solve, Microsoft has just about all the tools you need to build something amazing. I would definitely recommend you attend Microsoft Build in the future. 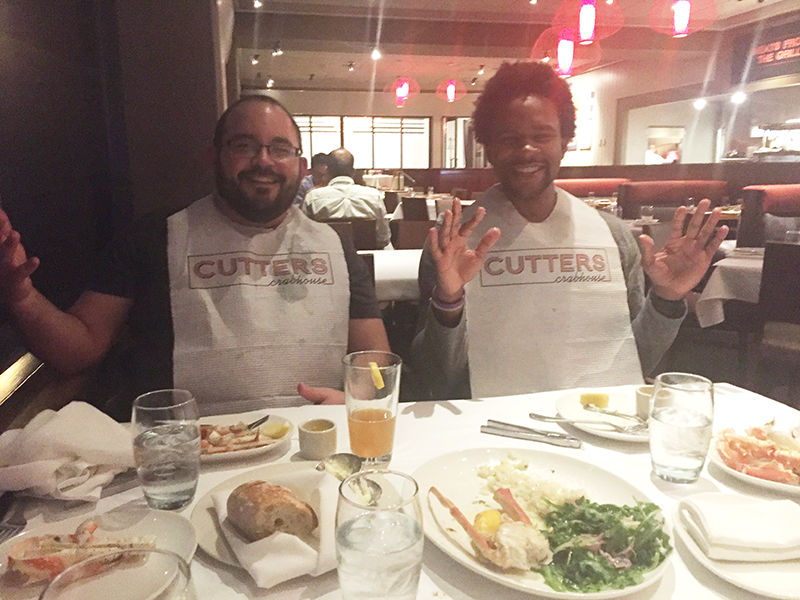 We also had time for fun: this is me and my boss, Justin Mack, eating crab legs on the waterfront.