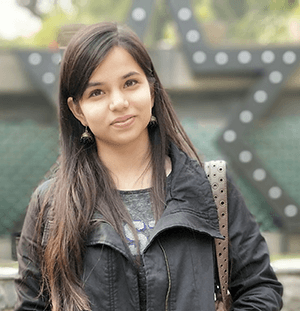 by Esha Dhir in .NET, Desktop

To meet the growing need of barcodes, GrapeCity has come up with a set of new barcode types in 2018 V2 release. Whether you're using C# or VB, you only need to add the control to your form, set the text and encoding type, and you're done!

Get the new barcodes

Barcodes form the backbone of automated checkout system in many industries, and while they're generally used to help track inventory, there are many more possibilities and interesting ways to use them. Barcodes are used in reports and help in fetching information about the products. For example, nutrition-related information can be extracted from the barcodes contained in reports (designed to give details of the food packets). They are also useful while advertising products through documents. And, the list goes on.

Here's how to use ComponentOne's new barcodes for WinForms, WPF, and UWP.

Let’s have a look at the new barcode types.

Unlike Traditional QR Codes, Micro QR Code has one positioning pattern around the code to speed up scanning and allow codes to be quickly oriented by the scanner. Micro QR Codes support 3 levels of error correction. They're used on printed circuit boards or on other electrical components. 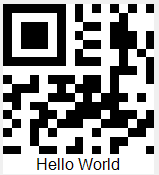 Code 11 symbol can encode strings of any length, consisting of the digits 0–9, the dash character (-) and a start/stop character, commonly printed as "*". It's primarily used in labelling telecommunications equipment.

Serialized Shipping Container Code or SSCC-18, is an 18-digit barcode that is placed on the outside of the shipping containers, master cartons or pallets. It's created in the GS1-128 barcode symbology and is used in uniquely identifying, scanning, and tracking each carton or pallet as it moves through the retail chain individually.

HIBCCode128 barcode uses the Code128 symbology. It encodes 'Primary Data' and 'Secondary Data' using slash (/) as delimiter, and it's used in the health care products industry for identification purpose.

HIBCCode39 barcode uses the Code39 symbology, with Code39OptionalCheckDigit property set to True. It encodes 'Primary Data' and 'Secondary Data' using slash (/) as delimiter and is used in the health care products industry for identification purpose.

Note: Along with the above mentioned steps, the following three barcodes must be set with the appropriate Font Size for the text to fit the barcode. For this, you can either:

International Standard Book Number barcode is a special form of the EAN-13 code that is assigned to each edition and variation (except reprinting) of a book. It is used as a unique 9-digit commercial book identifier, and the ISBN barcode must begin with digits 978 or 97910 or 97911.

International Standard Serial Number barcode is a special form of the EAN-13 code that's used to identify serial publications—publications that are issued in numerical order, such as the volumes of a magazine. The ISSN barcode must begin with digits 977.

Internationally Standard Music Number barcode is a special form of the EAN-13 code. It rationalizes the processing and handling of notated music and the respective bibliographical data for publishing houses, the music trade and libraries and is used for marking printed musical publications.

Iata 25 represents an IATA 2 of 5 barcode. It uses only numbers with a check digit and is used by International Air Transport Association (IATA) for the management of air cargo.

Binary Code-“412” is derived from the fact that each character is encoded by a set of four bars in 12 module positions. BC412 is a single-width code, meaning that all bars are the same width. Data BC412 uses 35 characters: 0 - 9 and A - Z. It's designed for semiconductor wafer identification.

PZN (Pharmaceutical Central/General Number) uses the same encoding algorithm as Code 39 but can carry only digits – 0123456789. The number of digits supported for encoding are 6 or 7. The letters 'PZN' and checksum digit are automatically added. It's mainly used to identify medicine and health-care products in Germany and other German-speaking countries.

Pharmacode represents only numeric data from 3 to 131070. This barcode standard is used in the pharmaceutical industry for packaging, and is designed to be readable despite printing errors. It's used for Online Security Control of the pharmaceutical packaging process.

IntelligentMailPackage is more efficient in terms of processing and tracking mails than IntelligentMail barcode. It includes the Mailer ID and other mailer and recipient information, as well as extra services.

Used in manufacturing industries, Telepen has 2 different modes: alphanumeric-only and numeric-only. Both modes require a start character, a check digit, and a stop character. It is the only symbology to directly represent the full ASCII character set without shift characters. It's extremely secure as it has negligible risk of misreads, has a double density numeric only mode and is supported by most leading bar code reader manufacturers.

ITF stands for Interleaved Two of Five. This code is used to mark cartons and palettes that are including goods with an EAN-13 code. One digit is added in front of the EAN-13 code to mark the packing variant. An ITF-14 barcode encodes the GTIN-14 information.

How do you use barcodes in your .NET apps?

Get the new barcodes