I am very happy to announce the release of Spread Studio 7 v2! The most awesome and powerful set of development components on the planet just got even faster and more powerful, and they're ready to power your applications now and far into the future. Get it today, right here: Download Spread Studio 7 v2

What is Spread Studio 7?

Who is this release for?

This release is for everyone who needs awesome spreadsheet tools for business application development! And if you do .NET development for any of those five platforms listed above and aren't already using Spread, you need to check out how versatile and powerful it is! If you're a current user of the Spread Studio 7 components, then 100% backwards-compatibility with earlier releases means your projects can upgrade to this new version just by changing the references.

What's in this new release? 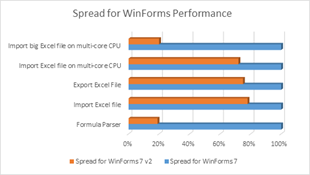 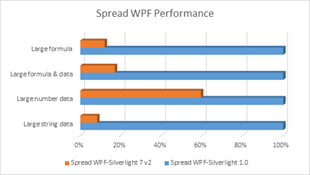 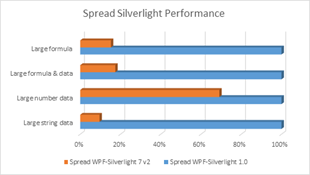 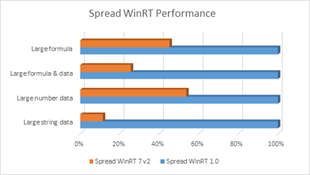 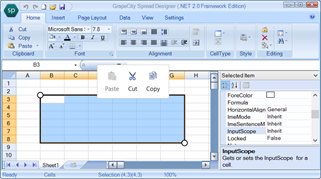 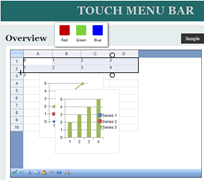 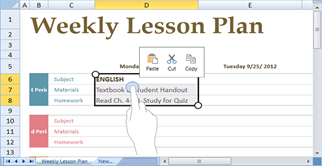 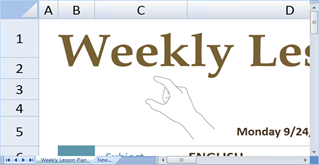 All components in this release are updated for Windows 8 and touch devices! Built-in support requires no code, and you can easily extend it with custom touch menu bar items or code in event handlers. 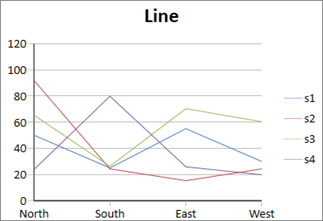 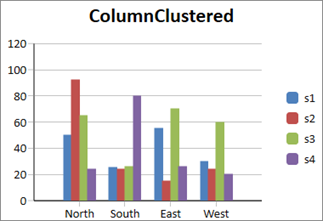 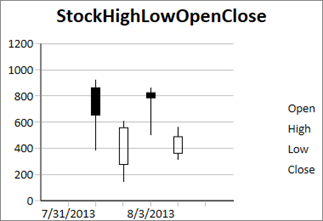 Many, many other enhancements

Spread Windows Forms adds new enhancements for loading text files and combo box cells; Spread ASP.NET improves support for Chrome and Safari; and the WPF, Silverlight, and WinRT controls have many new features including charting, pictures, major performance enhancements, and much more. For more information about the enhancements added in each platform, please refer to the product pages and online demos: 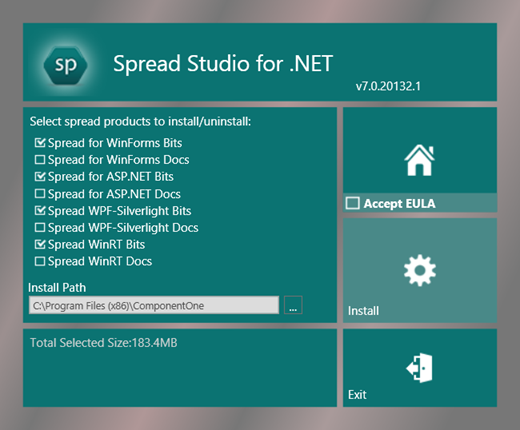 Spread Studio 7 v2 features a new web installer to speed your download experience and let you focus on exactly the platforms you want. You can select individual platforms, and save download time and hard drive space by using our great online documentation resources instead of installing the documentation locally. The installer will create a new trial license for Spread Studio 7 v2, which unlocks the controls for 30 days.

Do I need a new license for this release?