The second service pack for SpreadJS v14 has a lot of added enhancements to our Designer, as well as new workbook enhancements and framework support. Continue reading to explore some of these exciting new features!

Designer Enhancements for the Developer and End-Users

This release mainly focuses on the enhancements and customizations made to the SpreadJS Designer Component.

The new customization options for the optional Designer Component add on allow you to easily provide an optimal and more localized Designer solution to your customers – offering them more Excel-like features and customizations than ever before.

The ribbon display in our Designer has been enhanced with a single toolbar mode. Developers can now add a button that enables the user to switch between display modes to better fit mobile devices and smaller screens.

The SpreadJS component itself has extensive customization options for localization. With this release, we have extended that functionality to include the Designer Component.

Now all of the UIs in the ribbon can be localized to satisfy your customer's language requirements.

Developers can customize the buttons and menus that they added to the Designer, and we have now added support for adding custom components into the Designer ribbon, such as adding a customized date picker control.

In addition to the single toolbar mode, we have also enhanced the ribbon collapse code to provide a state where developers can check if the ribbon is collapsed or not, and then manually collapse it in code.

With the Go To feature, users can navigate to the Home tab under Editing → Find → Go To... to open the Go To dialog – providing various options for sheet navigation. 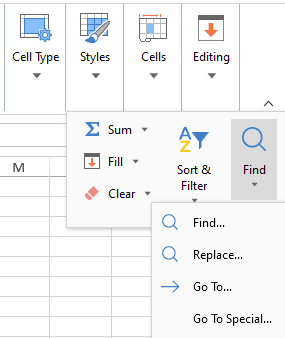 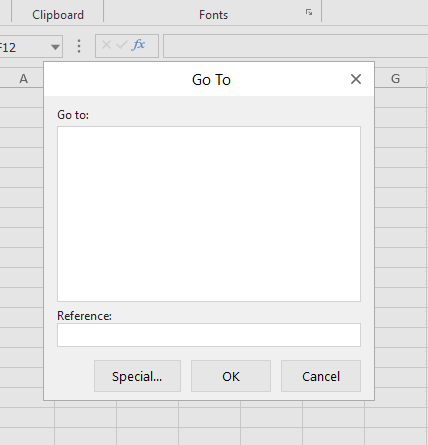 Prior to this release, we supported the "Find" functionality. Now with this release we have included support for Replace and Replace All, which also includes a new menu window.

Similar to the Go-To feature, users can open this window from the Home tab under Editing → Find → Replace. 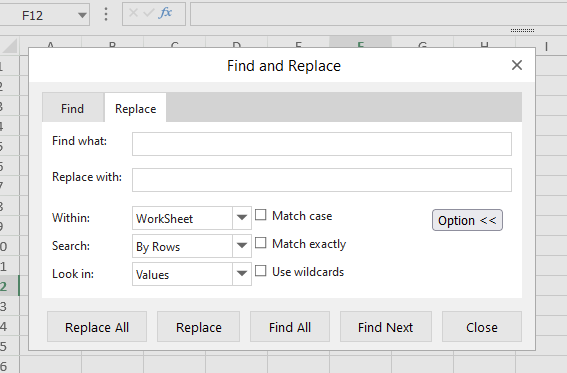 The name box in the Designer shows the name of the currently selected cell range. This feature has been enhanced to allow users to select a specific cell range in the workbook when a name is chosen from the drop-down list of that name box.

We have added a user-requested definition file to our SpreadJS Designer Component React wrapper, making it easier to incorporate into users' JavaScript applications.

The "Sparklines" section of the Insert tab is now similar to "Charts" – featuring a singular button with a drop-down for a variety of sparkline types. 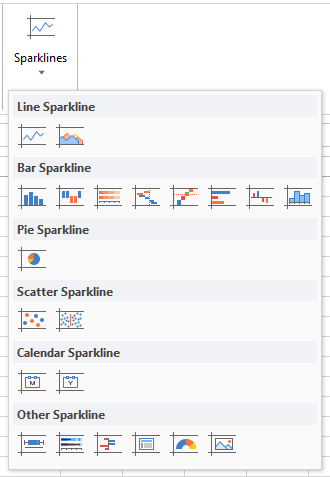 Users can now add and utilize the new Excel-like "Format Painter" button in our Designer. This functions exactly like its Excel counterpart – enabling users to copy and paste formatting with a simple click of a button.

Creating groups and outlines in SpreadJS is even easier with v14.2 enhancements and features. One example of this is the newly implemented Excel Auto Outline feature.

Simply select a range of cells that you want to outline and click on the Auto Outline button.

In order to provide a more Excel-like experience, v14.2 has added the Sheet Copy/Move function to the context menu when a user right-clicks on a sheet tab in the Designer.

When resetting or opening a new Excel or SSJSON file, the Designer will now fire a "Loaded" or "Reset" event, which allows users to customize any logic they need when loading a workbook.

With this release, users can now unhide multiple hidden sheets with a new menu.

Utilize the new Shape Selection Pane to provide users with the ability to easily select shapes in a sheet, hide them, or show them.

In v14.2, we added further options to custom sorting within the Designer, including cell, color, and font color sorting.

When customizing the Designer, some users found that they needed to programmatically close a dialog to support their customizations. We've now added an API that allows users to seamlessly do so.

In addition to Designer enhancements, we have added some enhancements and features to the main functionality of SpreadJS.

SpreadJS now supports even more of the same keyboard shortcuts as Excel, including Alt combinations and function keys, such as Shift + Space to select a row, or Ctrl + Home to move to the beginning of a sheet, among many more.

We have exposed an API to find an existing status bar on a SpreadJS instance, allowing you to add your own custom data to that status bar:

Using incremental loading, a workbook can be loaded sheet-by-sheet. With this release the name of the current sheet being loaded will be displayed in the status bar, giving your users better information on the loading status.

Create the workbook quicker and with a smaller amount of code. In previous releases, users would need to use "document.getElementById" to get the host DIV element for the SpreadJS instance, similar to the following:

Now, users simply need to pass the name of the host element:

With the v13.2 release, we introduced a feature where users could customize the localization resources for SpreadJS with an API to set the custom resource.

You could use this API to get resources to then customize, like so:

We have enhanced format pasting so that to provide users with a more Excel-like functionality. This feature now extends the pasted range, regardless of the range.

Users could always chance the sheet index could manually by clicking and dragging sheets in the UI. In v14.2, we added an API to programmatically reorder sheets:

Using this API, you can (for example) move the first sheet to the last position in the workbook using:

In the past, copying sheets could be done in Designer UI, but we have added an API that enables developers to clone sheets in code.

Another customer-requested feature is adding line breaks to the chart labels. We originally added this feature in the v14 release to support line breaks in chart titles, X-axis labels, and X-axis titles.

However, we enhanced it to support line breaks in the Y-axis, as well as the chart legend.

SpreadJS is excited to announce it now supports Vue 3 and Angular 12 JavaScript frameworks in v14.2. We also added support for using SpreadJS on iOS 14 devices. Try SpreadJS v14.2 out for yourself with a free 30-day trial.