Today we have released a major update of Studio for WinRT XAML! Highlights of this update include:

Download the update to access the new controls, features and samples. This update is version 2012 v3.5, which means if your subscription includes 2012 v3 you are entitled to these new controls! Read more details below. 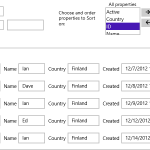 The C1FlexGrid control recognizes the IC1CollectionView interface and exposes extended functionality such as grouping, sorting, filtering, and adding new items. FlexGrid uses the C1CollectionView automatically when you set it's ItemsSource property to an object that is not an ICollectionView already. This release also marks the first official release of FlexGrid for WinRT XAML and you will notice performance and inertial scrolling enhancements. Learn more. 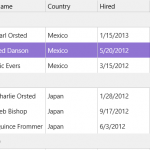 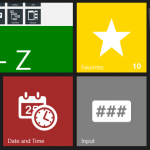 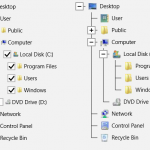 PdfViewer has several enhancements including horizontal orientation support and text search. PdfViewer can also now load encrypted documents and load asynchronously with the LoadDocumentAsync method. Also, the new GetPages method exposes the collection of pages as FrameworkElements enabling you to work with C1PdfViewer in new and different ways. For example, get the pages and display them in a different container or send them to a printer. Learn more. 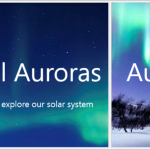 ComponentOne Zip™ for WinRT XAML provides a complete implementation of the Zip compression standard. Improve the performance of your Windows Store apps by compressing the data sent over the wire and securing it with data encryption. The C1Zip library is the only complete, cross-platform Zip implementation. Learn more.