by Kelley Ricker in Mobile, .NET

We’re once again nearing the end of the year, and it’s time to start talking about what the next year will bring. ComponentOne Studio for Xamarin has seen a lot of changes of the past year, and we’ll continue to see improvements to our control suite based on your feedback. With .NET Standard, Xaml Standard, and support for new platforms coming to Xamarin there are plenty of exciting developments right over the horizon.

We’ll continue to bring new controls to Xamarin.Mac if there is significant interest.

Xamarin has been very keen to expand their reach to new platforms, and we’re going to be watching this closely. We already released a version of our CollectionView control that’s compatible with Xamarin.Mac, and we’ll continue to bring new controls to the platform if there is significant interest.

FlexGrid should see a Mac version next year, and, if there’s enough interest, other controls will follow. Xamarin is also planning to extend Xamarin.Forms to support Mac, and we to provide similar support for a select group of our controls as well.

Xamarin has mentioned a few times over the past year that they’d like to support WPF through Xamarin.Forms, and we’re excited to support this platform as well. With the eventual launch of Xaml Standard, Xamarin.Forms could become an even more powerful platform for targeting a wide breadth of both desktop and mobile applications. It could provide a real revolution by having a single development environment that could target almost any device a .NET developer would have interest in.

We’ve already made some changes to our existing Xamarin controls for better compatibility with .NET Standard, and we’ll continue along this path in the coming year. Microsoft is making a big push to have .NET Standard libraries replace portable class libraries (PCLs), and make code even more shareable between different .NET platforms.

For non-UI controls, this could provide a big revolution by allowing you to provide libraries that are one-size-fits-all across many platforms. We’d like to capitalize on this possibility, and we’ll research porting some of our libraries to take advantage of this. Libraries like Barcode and PDF will be the likely targets for this. We would like to be able to pair these controls with something great to view them with, which is why we’re also considering a Xamarin version of FlexViewer.

Our next release will bring further improvements to existing controls including a new and improved Dashboard sample, better project templates with .NET Standard support, column reordering for FlexGrid, dragging interactions with the Gauge controls, animations along with expanded zooming and panning functionality for our FlexCharts, and many other enhancements. 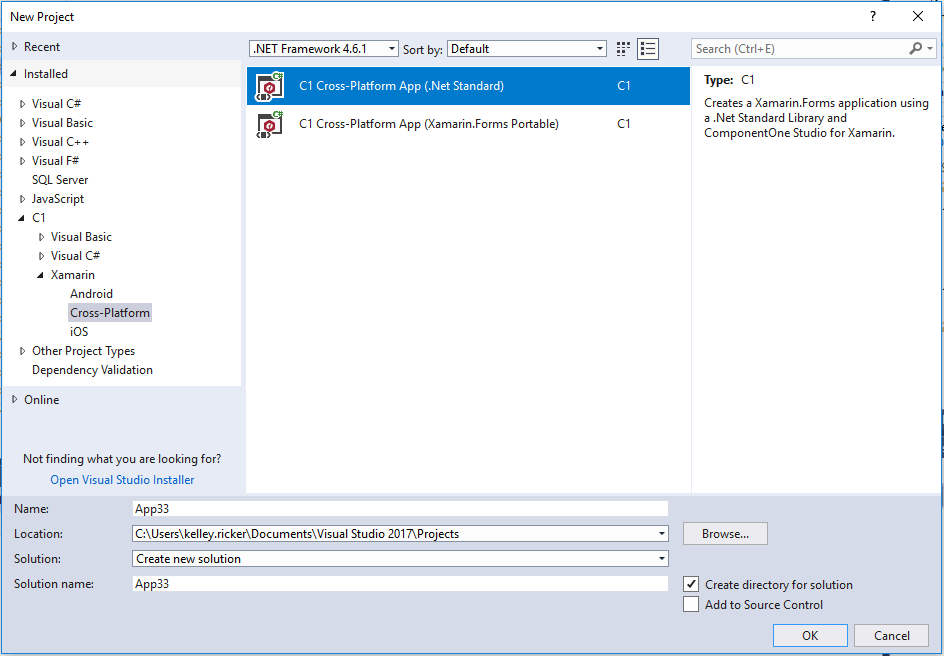 We’ll also continue to research and pursue any performance improvements that we can for our existing controls with specific attention to Xamarin.Forms Android.

All of this is subject to change based on what the new year brings and how the industry changes, but we’re excited to have so many possibilities for the coming year. 2018 is already shaping up to be a great year for the Xamarin platform.