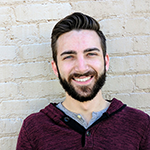 It's no secret that C# 7 is one of the biggest updates to Microsoft's homegrown programming language that the .NET community has ever seen. So far, previews of the 7th iteration of updates to the C# language specification and its associated APIs have let us play with exciting new features like local functions and the inline declaration of out variables. These new features, while extremely useful, are relatively self-explanatory since they simply build or improve upon old features of the language. Among these improvements, however, is a new feature that isn't so obvious: the tuple value type.

If you've worked with languages like Python before (or if you've worked extensively with relational data in C#), you may already be familiar with the concept of tuples. (Since tuples have always been available via an API in C# before the new version, you might have seen them before!) Even though C# 7 doesn't modify the definition of a tuple, it (fortunately) makes implementing them much easier and much more useful. Since not everyone is familiar with what a tuple actually _is_, this post is first going to briefly walk through the background of tuples. (I promise this won't be a history lesson, but you will be able to get an idea of how tuples might be useful in the scope of your application.) Then, I'll go through a quick example to show you how you can get the new tuple features offered by C# 7 up and running in your project right now as well as the best way to incorporate them into a new or existing app.

What Exactly Are Tuples, Anyway?

In brief, a tuple is an ordered, immutable list of heterogeneous (yet strongly typed) data values. Now, that sentence is short, but man, is it dense. Instead of trying to explain that piece-by-piece, I think it'd be much easier to just take a look at an example of a tuple in C# 7:

And that's it! That's all it takes to declare a tuple in C# 7 - one delightfully simple assignment statement. Specifically, this new syntax is referred to as a tuple literal. But before we get to that, let's analyze this line of code to see if we can wrap our heads around what a tuple actually is. As I mentioned above, a tuple is essentially a list of data values. What makes a tuple different from, say, a C# List object or an Array, however, is that it provides the ability to store a variable amount of different data types and attach semantic names to each value (more on that a little later). That's still a little hard to understand without examples, so let's look at some more. These are all examples of valid tuples:

The examples above illustrate what tuples are: objects that support the storage of different data types (although it's not required!) and different amounts of data. While the tuple literal syntax makes declaring these objects much easier, creating these objects was always possible using the .NET Framework's System.Tuple API.aspx). So what's the big deal? Read on to find out how the addition of tuples to value types in C# 7 makes them more powerful than ever!

The power of a value type The most important additional features of tuples in C# 7 are derived from them being instated as a value type. This has two very important implications:

Semantic naming of tuple items As stated above, this is one of the most powerful features of the new tuple features in C# 7: you can specify custom names for items in a declared tuple. Before we show how this new feature works, let's take a look at the built-in semantics of the System.Tuple API:

Okay, so that's not such a big deal. We declared our own tuple, so we know where the item we want is located. But what if that tuple were returned from a function in one of our references?

Clearly, things become much more complicated as we begin working with tuples returned from functions we didn't write ourselves. Along with the memory allocation concerns, this is the major problem that has kept the C# community from adopting tuples on a larger scale. But now, with the dawn of C# 7, that's all changed! Behold, custom semantic naming of tuple items!

And there you have it, the new power of tuple value types in C# 7! The above code snippet clearly illustrates the performance and usability benefits of including tuples in the exclusive "C# value type club."

Are you totally convinced that tuple value types are the future of C#? Ready to get going and rewrite all of your functions to use them? Not so fast! First, you'll have to take a few quick steps to enable the new syntax and features in your IDE. Check out the easy steps below:

That wasn't so bad, was it? Eventually, the tuple value type will be included in the C# language by default, and you won't need to take the above steps to use it. For now, though, at least the NuGet install procedure is pretty straightforward!

Where You Should Use Tuples

Before I sign off, I just want to say a few words about where in an application tuples can even be useful. Now that you have access to the API in the .NET Framework and the new tuple value type, there are all kinds of ways you can incorporate them into your code. I'll just quickly list some of the most common and useful places for tuples:

Go forth and use tuples! The tuple value type isn't the most innovative feature to be added to the C# language, but it is certainly one of the most useful. Not only can the new tuple value type increase your applications performance, it can also bring your code to a new level of simplicity and readability. If you want to learn more about the new tuple value type, check out the official Microsoft blog post about new features in C# 7. If you have some questions about this blog in particular or you just want to "talk shop," simply comment below or send me an email! Thanks for reading, and have a great, tuple-filled 2017!