From time to time issues might crop up when you're ready to either debug or deploy your Xamarin.Forms app. The Xamarin toolset can sometimes make this more complicated for a developer since there's multiple IDE's you can work with, different native APIs and conventions to consider, and a lot of different tools involved. In this article, we'll go through some common issues that can come up in Xuni deployment, and provide some solutions for these common cases.

ERROR: Could not AOT the Assembly on iOS

This frustrating bug can crop up when debugging a Xamarin.Forms app on iOS devices. Though the error is quite opaque, the solution is relatively easy. All you need to do is navigate to the project properties for you iOS project and disable incremental builds. There are many different permission on both iOS and Android so it pays to double check when trying to use a new API or piece of hardware for a corresponding permission. 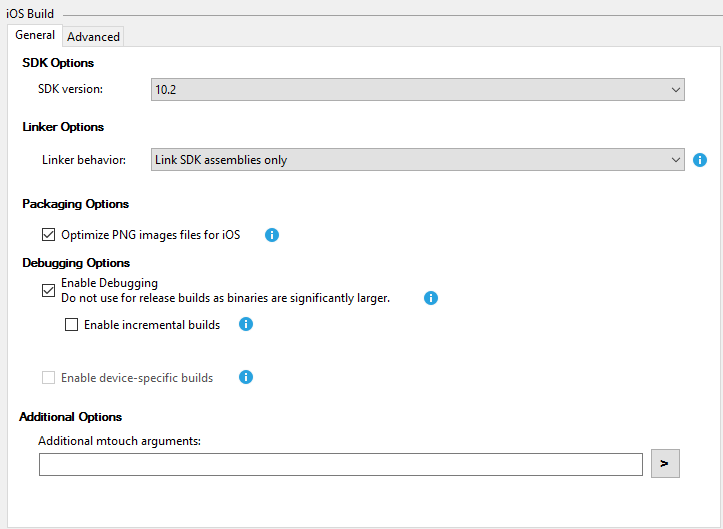 This is a relatively broad category, but important for every type of device. Android and iOS both have their own set of permission necessary for interacting with the onboard hardware, and it's important that you follow the conventions for each OS. Interacting with the filesystem, notifications, camera, and other pieces of hardware and services all require that you specially ask for these app permissions. This means mentioning the correct permissions in your info.plist on iOS or AndroidManifest.xml on Android, as well as checking whether the user grants you permission to use that function in code.