The rise of the empowered business user (a.k.a the end user) 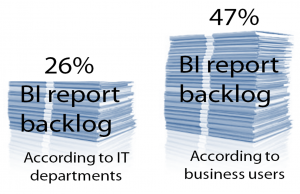 IT is slow in meeting the BI needs of business users. Source: Gleanster Research Today, non-technical business users are taking on new responsibilities and are demanding exponentially greater ease of use. Their employers are empowering them because everyone wants to know what they can do right now to drive increased efficiency and effectiveness, not what they could have done weeks and months ago when they first submitted their request to IT for new reports and analysis.

Thanks to the explosion of Internet traffic, led in part by companies like Salesforce.com, Google, Facebook and many other business solution providers that have embraced the Web, application developers are facing more pressure than ever before from their clients to deliver rich, Web-based reporting and BI solutions. 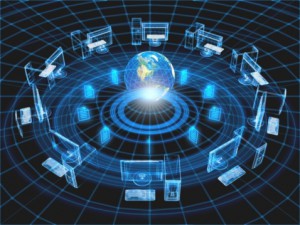 Web applications fast-track user adoption regardless of location and platform. Businesses have also realized that there are plenty of technologies, architecture choices, and real-world examples proving that it is possible to use the Web to empower many more business users with serious enterprise capabilities in a much shorter time frame than before. The added advantage of reducing management costs at the same time makes this an extremely profitable scenario considering today's global economic climate.

What does it mean for you?

Because of the move toward ad hoc reporting for business users, vendors are scrambling to provide these capabilities. Unfortunately, most vendors are still trying to tweak and adapt their existing "end user reporting tool" for business users, instead of architecting them from the ground up for a very different set of end users. The result is mismatched expectations, half-baked reporting deployments and a waste of time and resources.

Web-based reporting is a must

Traditional applications that publish finished reports to the Web for read-only viewing are no longer sufficient. End users are demanding that broader capabilities and deeper functionality be available to view them on the Web just like what they have been used to on the desktop. For example, they want web-based report designers just like the desktop reporting tools they have been using so far. .NET reporting vendors must have robust, web-based reporting solutions, complete with secure, scalable, servers if they are to meet their clients' needs. In the next articles in the series, we will drill down into what to look for while evaluating .NET reporting tools for standard developer reporting features, as well as for the web-based ad hoc reporting capabilities that you should expect from your vendor.