At Build Microsoft announced a new XAML platform for building universal apps that target both the Windows Store and Windows Phone. You can download this platform as part of Visual Studio 2013 Update 2 RC. 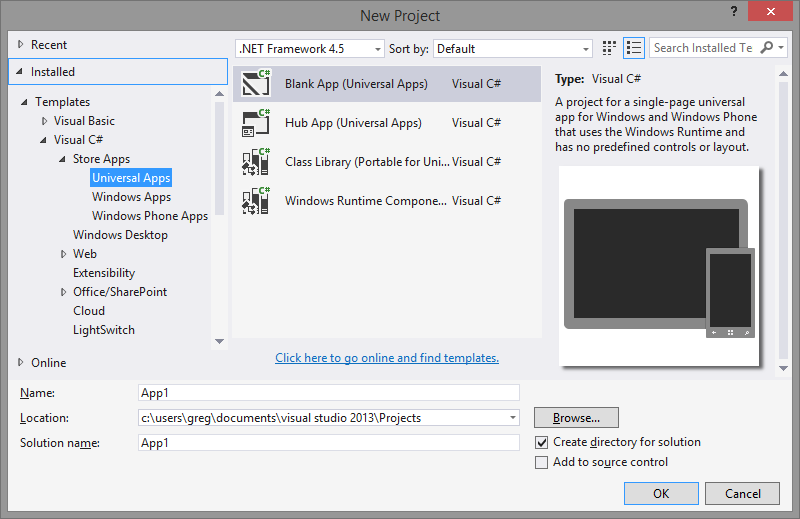 If you are working with ComponentOne Studio for WinRT XAML you may continue to do so even building Universal Apps. But Microsoft did not make the Windows Phone update in Universal completely backward compatible, so you will not be able to use the latest version of Studio for Windows Phone in universal apps…yet. We are currently working on rebuilding all of our WinRT XAML controls as Windows Phone controls so that you will be able to use them together in Universal Apps later this year. As you may already know, our Windows Phone and WinRT XAML controls were already 95% the same so this will not break any backward compatibility with our users coming from Windows Phone. The new Windows Phone platform is based more on WinRT than Silverlight, so our controls will even get the enhancements added to WinRT over the past couple years. Also, our Windows Phone controls will be included with WinRT together in a single Universal package at the time of availability, so any current Windows Store developers will be able to use both without any change in their subscription. We hope this news proves useful and informative to you, and stay tuned to what we have coming down the pipeline in 2014. Regards, Greg Lutz XAML Product Manager