The new UserNotification framework handles both local and remote notifications, and replaces the previous NSNotifications which Apple has used in recent years. It provides a powerful new method of creating notifications based on a triggers which you can define in your code. It also adds more possibilities for you notifications by easily adding image attachments and even embedding custom view controllers into your notifications. This of course requires that you spend some time learning the new API. Thankfully, Apple has a lot of documentation available on it's site. Xamarin also provides some basic getting started guides.

The first step for working with the UserNotification framework is to add Using statement to the top of your AppDelegate and ViewController.

After that's done we'll need to request permission from the user to display our notification. This is most easily done in the FinishedLaunching method of your AppDelegate.

This will prompt a user for permission to send notifications the first time that they use your app. 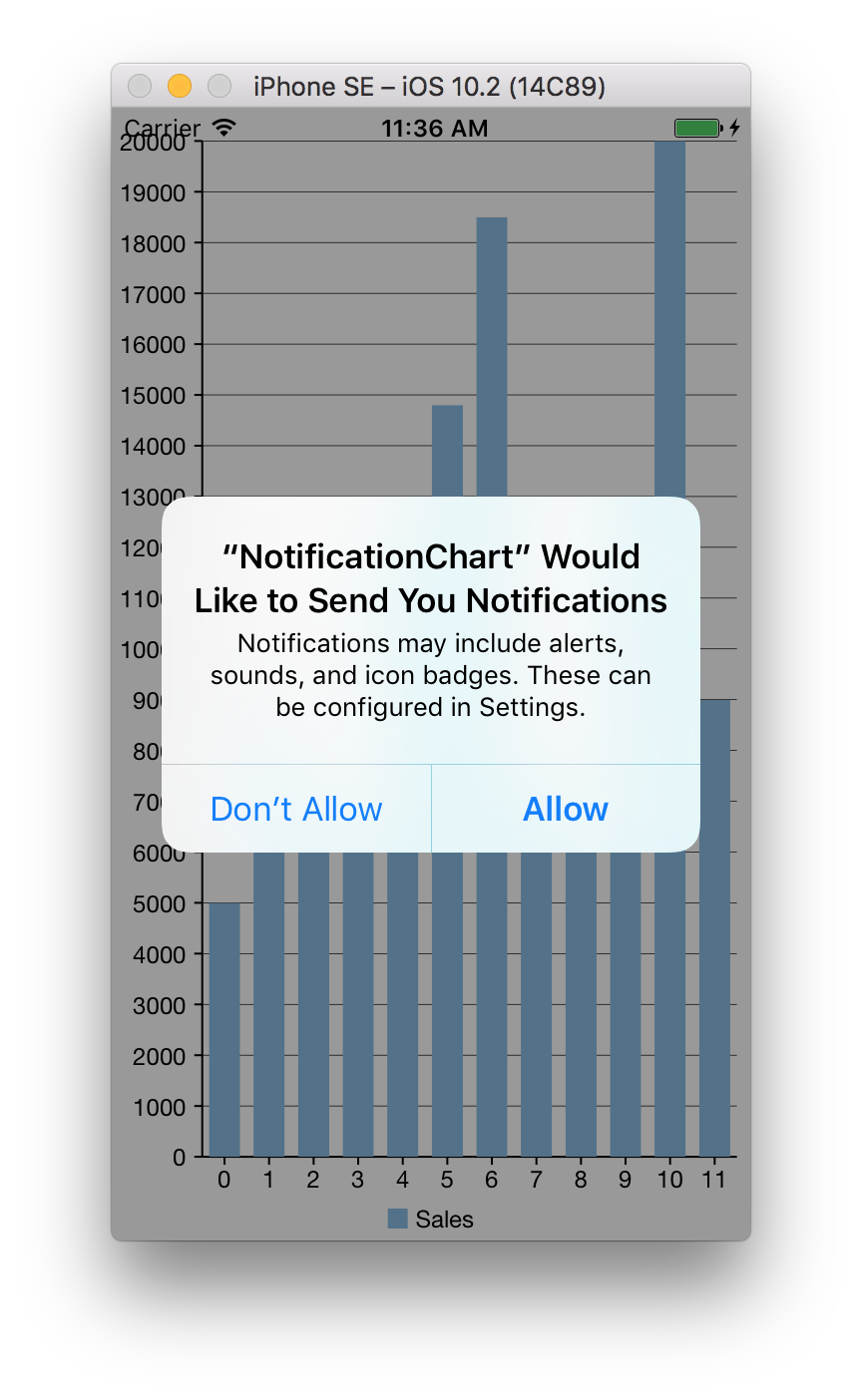 The ViewController doesn't deviate too much from any of the other Xuni samples except in one or two areas. We are going to call a Notify() method (which we'll get to later) that sets up the notification at the end of ViewDidLoad(). You'll also notice we're going to use the ViewDidAppear method to capture and save a local image of the FlexChart that we'll be using for the notification. The reason this is done in ViewDidAppear is to ensure that we're capturing the populated chart rather than an empty one. The local image we'll later use in the notification.

The Notify() method is where we'll actually put the notification together. We'll create objects to handle the content and options for our notificiation. The content gives you a number of options for configuring your notificaiton including title, subtitle, body text, badge, and any attachments (such as our chart image). Once that's set up we need to set a trigger for our notification to determine when it will occur initially and whether it's recurring. For our example we'll set it to go off after 60 seconds and choose not for it to recur.

You'll now notice that a notification will now fire when your app isn't active. 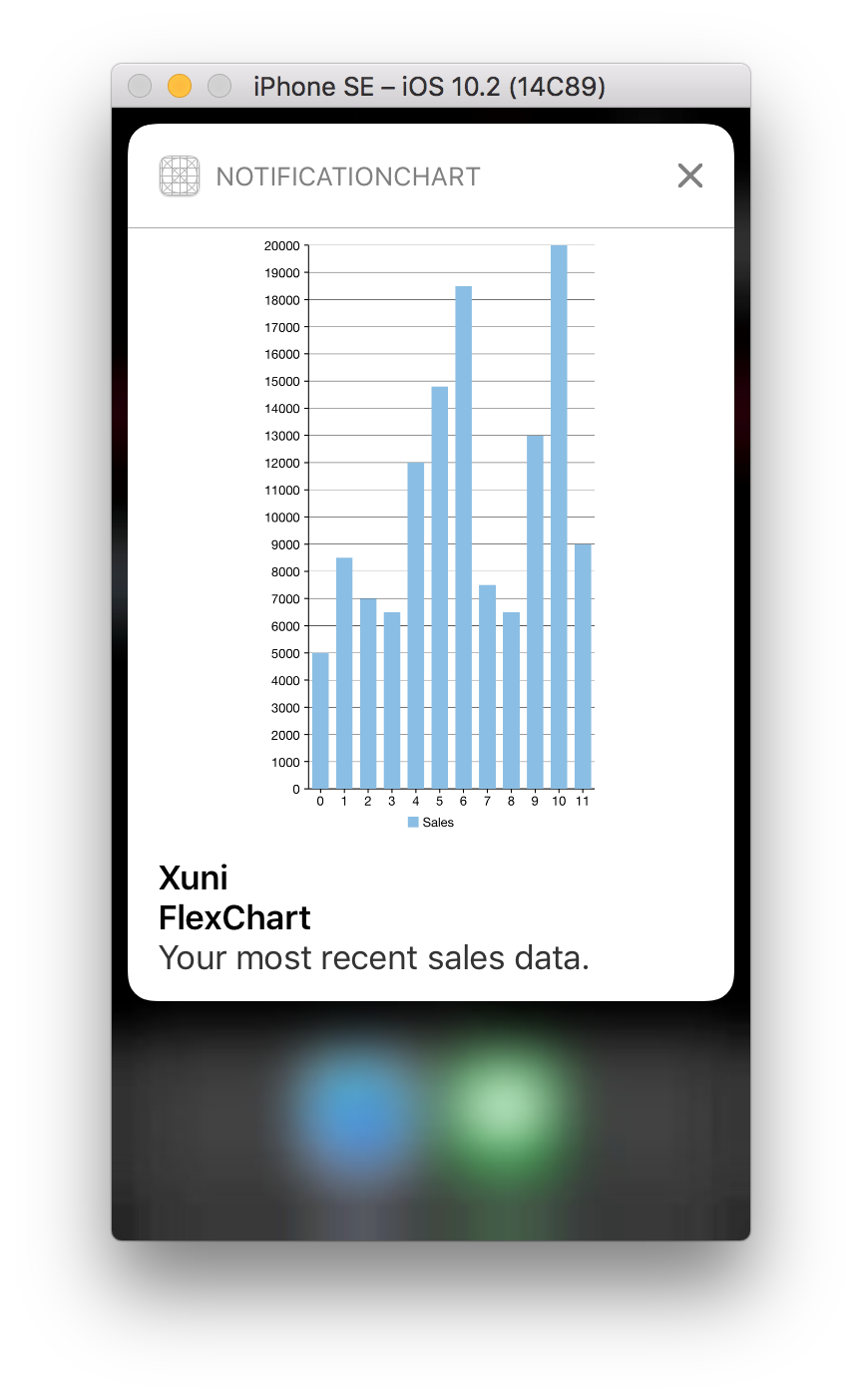 That's the extent of what it takes to work with the UserNotification framework. There are deeper customizations available, and, while we've focused on local notifications, remote notifications are another possibility. In the future we'll take a further look at some other notification possibilities, as well as check out some of the recent changes on Android.