The new release of ComponentOne Studio for Xamarin is now upon us, and this release has a large number of features added from customer feedback. Over the last few releases we’ve gradually been adding animations to all of our controls, creating new project templates to make starting projects simpler, and listening to customer feedback to enhance our controls in the ways that are most meaningful to our users. This release continues that theme, and both expands on the feature set and quality of the suite.

We’re adding a new Histogram chart type for FlexChart for this release, as well as adding some enhancements to our animations. Sunburst charts now have new load and update animations, and we’ve improved the easing functionality on iOS by adding implicit conversion of CAMediaTimingFunction to C1Easing. We also placed a large focus on internal quality on this release, and we’ve done a lot of work to clean up bugs and small feature gaps in the control (see the detailed changelog for more info). 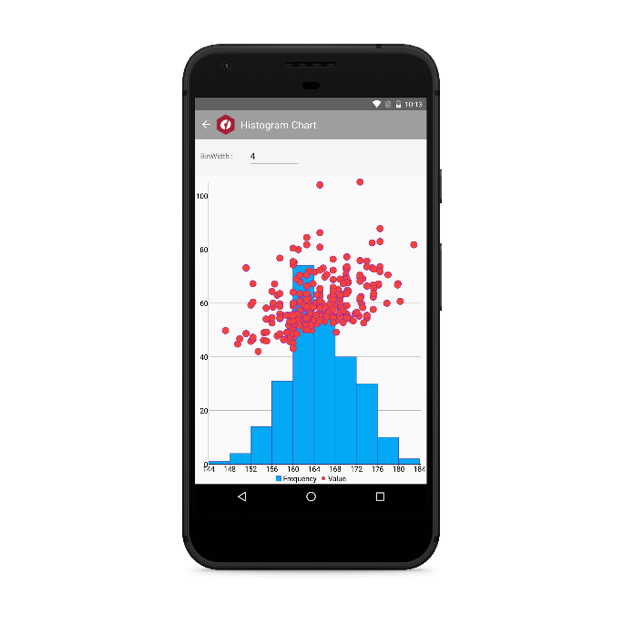 The Input controls have also been enhanced with some new features based on customer requests. First, we’ve added an AutoCompleteMode property for the AutoComplete control. We’ve always supported custom filtering for these controls, but this property makes it much easier to switch between Contains, StartsWith, and EndsWith, and it also lets you set a flag to MatchCase or MatchWholeWord. We’ve also added the ability to display a clear button with our controls which should make text deletion much faster. Also (as a convenience) we’ve added a Completed event to our Input controls which has the same behavior as the Xamarin.Forms Entry control. Finally, we’ve improved the animation for FullScreenMode for this release. 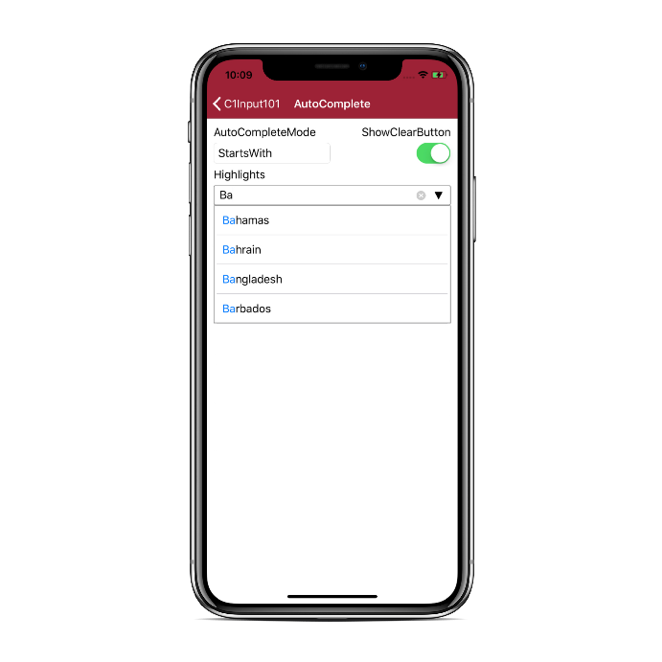 Our CollectionView control is also getting some enhancements in line with the changes for the Input control. Our Filtering capabilities have been enhanced with the ability to use MatchCase or MatchWholeWord. 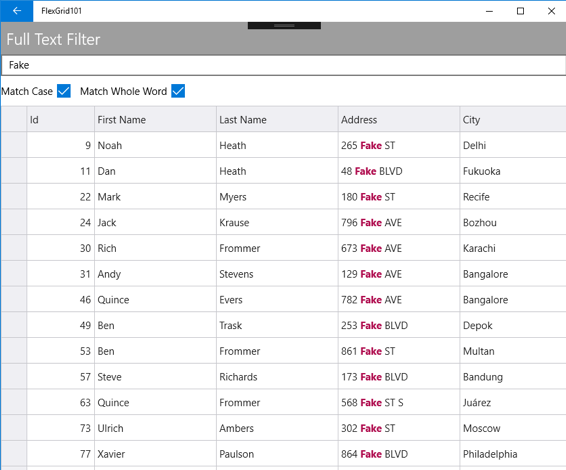 FlexGrid also is getting some significant new enhancements. In this release, we’ve added the KeyActionTab property with ability to allow Excel-like tab cycling. This is something we’ve seen requested a few times (especially for developers targeting UWP), and it should greatly improve text entry with a keyboard on all platforms. We’ve also added a new customizable context menu that speeds up many common actions (like cut, copy, paste, delete row, etc.), but also let’s you configure it with your own custom actions as well. The menu can be displayed on a long press, right click, or row header tap, and it can be enabled through the ShowSelectionMenu property.

We’ve also generally done some small UI improvements to FlexGrid by improving the grid line visual quality and as well as the default appearance of the light and dark themes. 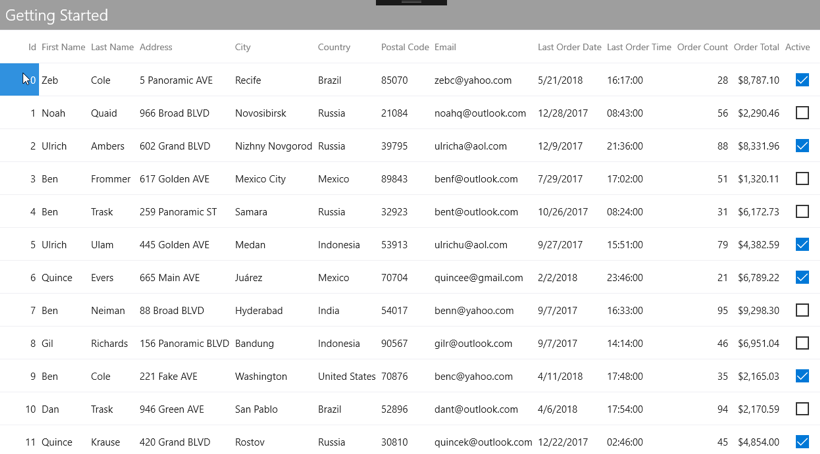 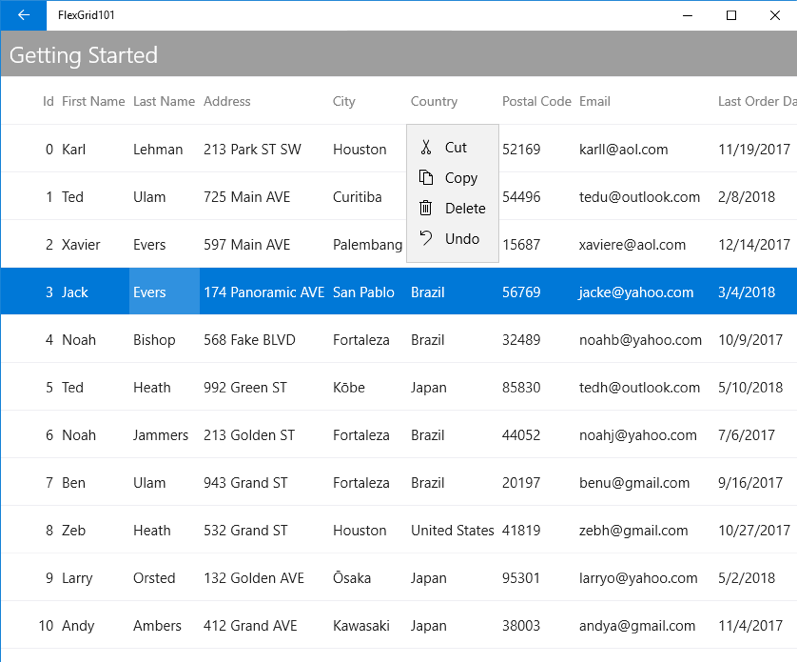 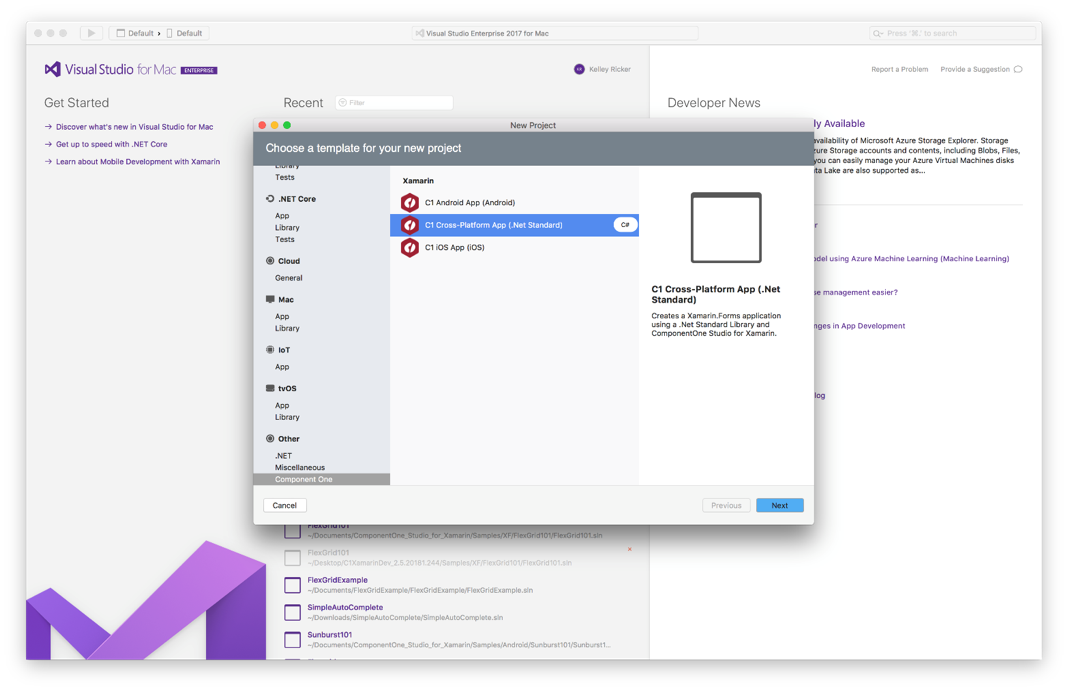 We’ve also made a lot of small changes to samples here and there to try to demonstrate a greater range of customizations and show off some new UI trends. We plan to continue enhancing the look and feel of our controls over the next release, as well as working to address customer feedback on existing controls. Be sure to check out the new release and let us know what you think about it!