We released our beta UWP Edition back in October, and it's been enormously popular. Our 50+ UWP controls--built from our former WinRT Edition--are stable and feature-rich right out of the box, and we're also releasing a few new beta controls that fit into our new Flex line of controls.

If you'd like to see everything FlexReport can do, mosey on over to our WinForms Edition. The UWP beta is a leaner version, feature-wise, but you'll still get the standalone FlexReport Designer, cross-device FlexViewer, and the power and speed of our other reporting tools. The official launch is scheduled for later in 2016. Read more >> C1Word Library has been added as a beta library.

This supercharged chart control allows you to select from one of dozens of chart types, easily integrate built-in features like line markers and legends, and includes a pie chart with exploding slices. This is the be official launch is scheduled for July 2016. Read more >>

Migrate from WinRT and Windows Phone

From now until March 15, 2017, WinRT and Windows Phone Edition owners can upgrade to UWP for free. C1Studio license holders get the upgrade just by downloading our latest build. Contact a sales rep if you'd like to update today. Effective immediately, WinRT is going into maintenance mode and will only be updated for bug fixes. Read more about UWP Edition >>

The TagHelper-supported, ASP.NET Core-compatible, mobile-first FlexSheet control allows you to add all the top Excel-like spreadsheet functions to your web app, including over 100 built-in formulas and the ability to add custom formulas.

Custom formulas have built-in auto-complete With import/export functionality and flexible data binding, you'll get all the top features of a spreadsheet app--and with our SignalR sample, you'll also get simultaneous editing in multiple devices. FlexSheet is available only with ComponentOne Studio and Ultimate.

This fast, flexible HTML5-based report viewer for modern enterprises allows you to easily display C1Report and FlexReports in your browsers. With SVG-based pixel-perfect report rendering and full print support, users will get a top-quality experience. Paired with the C1Studio standaone FlexReport Designer and our built-in Web API, you'll be able to build and display reports in no time. 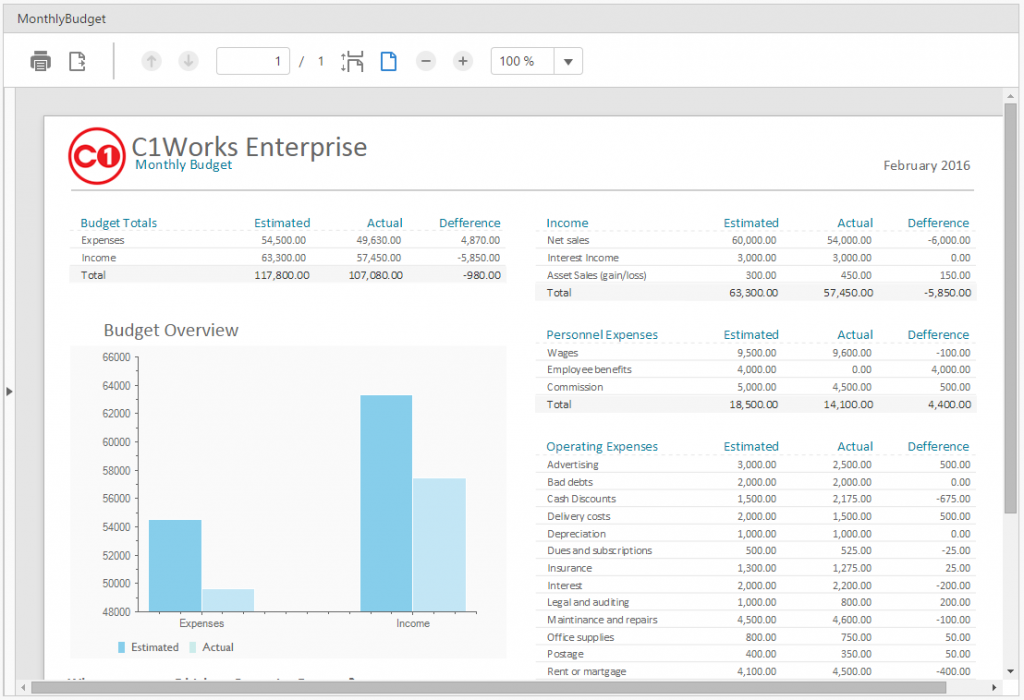 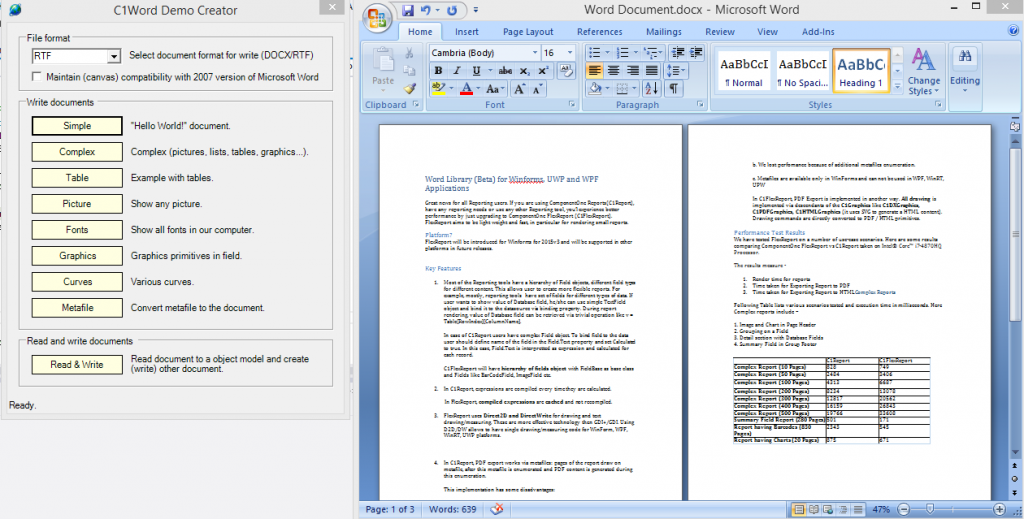 FlexPivot for WinForms: Millions of Rows in Milliseconds

Process and aggregate millions of rows of data in milliseconds: that’s what users get from FlexPivot for WinForms, the new pivot table in ComponentOne Studio. Built on a new super-charged data engine, this feature-rich control offers a modernized UI and lightning-fast processing to give your users more power, speed, and reach than ever. FlexPivot is available only in ComponentOne Studio and Ultimate.