In the 2010 v2 release we've really added a little something for everyone. We've added enhancements to 13 different controls including new ways to work with images in C1Ribbon and C1InputPanel, new Office 2010 Visual Styles in Menus & Toolbars and even new interactive features in C1Gauge. Check out the release details and watch this video below:

We have a Twitter contest running where you can win a iPad by just tweeting your favorite Studio Enterprise feature (Check out the home page www.componentone.com for more info) Below are, in my opinion, the top 3 coolest features in Studio for WinForms (so feel free to tweet any of these ;-)

Interactive gauges are cool - especially for Windows Forms. You can now create knob-like gauges in WinForms just like our C1Knob control in Silverlight and WPF. To make a C1Gauge interactive you simply call the UpdateValue method in the PointerDragMove event as seen below. You can even specify the snapping interval, so the user can't stop the pointer between valid values. 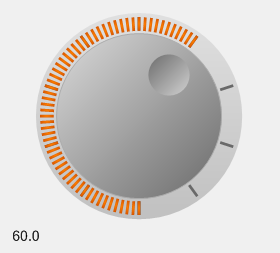 The new multi-select filter feature in C1TrueDBGrid is also very nice to have. I'm sure it's probably the most complex feature in this release! When it comes to WinForms, ComponentOne is best known for its powerful and flexible datagrids. C1TrueDBGrid is a completely code-free, feature packed datagrid that is really your "go-to" grid to replace any regular DataGrid to deliver loads of functionality like grouping, filtering, and printing right out of the box. This new feature adds multi-select capabilities to the drop-down filter feature.

It's very simple to turn this feature on. ComponentOne WinForms controls exude design-time support; pretty much everything you can just configure at design-time without writing any code. Open the C1TrueDBGrid Designer window and simply set the FilterMultiSelect property to True for the desired column. 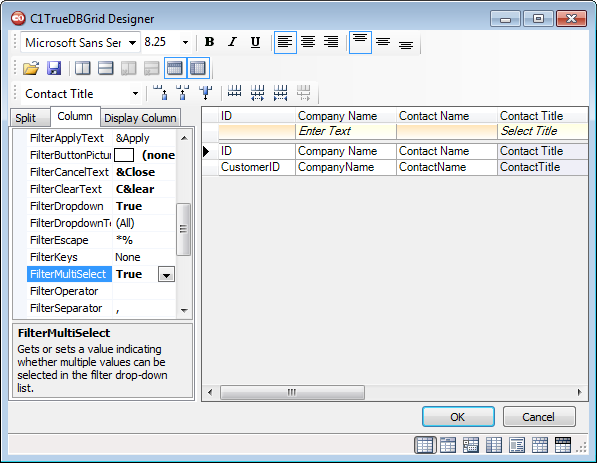 Without a doubt, the hottest new feature this release is the abilitiy to hide the tabs in C1DockingTab. It's such a simple feature but it unlocks many new possibilities with this control. C1DockingTab is like a regular TabControl, however it also has docking capabilities (hence the name). But we don't need docking to really show off its usefulness. Being able to hide the tabs (by just setting the ShowTabs property to false) we now have a multi-page control for which we can completely layout each page at design-time. Haven't you ever wanted that without some crazy hack? I know I have. For instance, imagine a single form wizard. You control the navigation rather than allowing the user to navigate to any page via tabs.

Ok, so you may be thinking - if we hide the tabs then it's not a TabControl anymore, it's just a bunch of regular panels!

Yes, however the true value comes into play when you are working in design-time. You have access to each tab page as if it were a separate form, so you can easily drag all your UI components into place. Try doing that with panels. 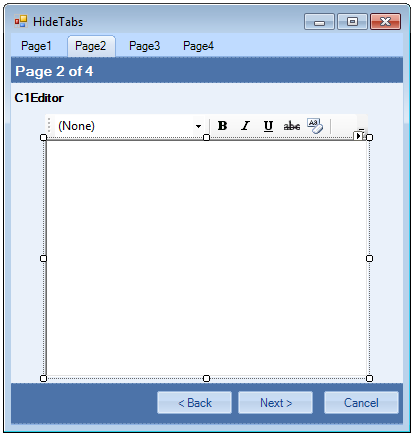