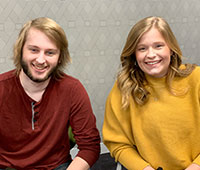 As we move closer to the React 17 release, the React Team continues to make incremental updates that improve on previous iterations of React. With the release of React 16.9, the React Team has included several depreciations, a couple of new features, with focus on asynchronous programming, and several bug fixes. In this article, we'll take a look at all of the changes coming with the 16.9 release.

Starting URLs with javascript: is dangerous because it invites users to potentially inject malicious code into your application and create a security breach.

Before developers popularized Babel to compile JavaScript classes, React implemented "Factory" components that use a render() method to return an object.

Over a year ago, the React Team let developers know that there were a couple of lifecycle methods that were unsafe, and it would need to be renamed due to React's push for asynchronous rendering. To prepare for these methods to be depreciated, they are getting renamed as follows:

After these changes, your code will look like this:

The 16.9 release doesn't contain breaking changes, and the old names will continue to work throughout this release. But, your application will throw a warning when using old lifecycle names.

If you have a product that relies on these methods, the React Team has recommended that developers use a script from codemod that will automate the migration process.

This will parse your application and rename all of the effected lifecycle methods to prepare for the release of and migration to React 17.

The new <React.Profiler> component allows for a more programmatic method to get metrics for tracking larger application's performances. These metrics can then be used to help programmers identify areas of their application that are slow and need to be refactored to improve performance.

This is how you would use the <React.Profiler> component:

The onRender callback will receive information about the component that was re-rendered, such as the time spent rendering, a trace of the interactions leading to the update, a commit and start time, and more.

One thing to note about using the new <React.Profiler> component is that it does cause some overhead and should be disabled for production builds.

With React 16.9, we are now able to test using act() inside of asynchronous function without any warnings.

To use asynchronous functions with act(), follow this format:

With every new release comes some notable bugfixes. Here is a list of the fixes coming from the v16.9 React release:

Getting Started with React V16.9

React V16.9 is available now. To get started, simply install the latest version through our packet manager.