Explore Controls & Features in Every Framework!

We have consolidated all of our (500) samples into one place. And each sample is available in the following frameworks: 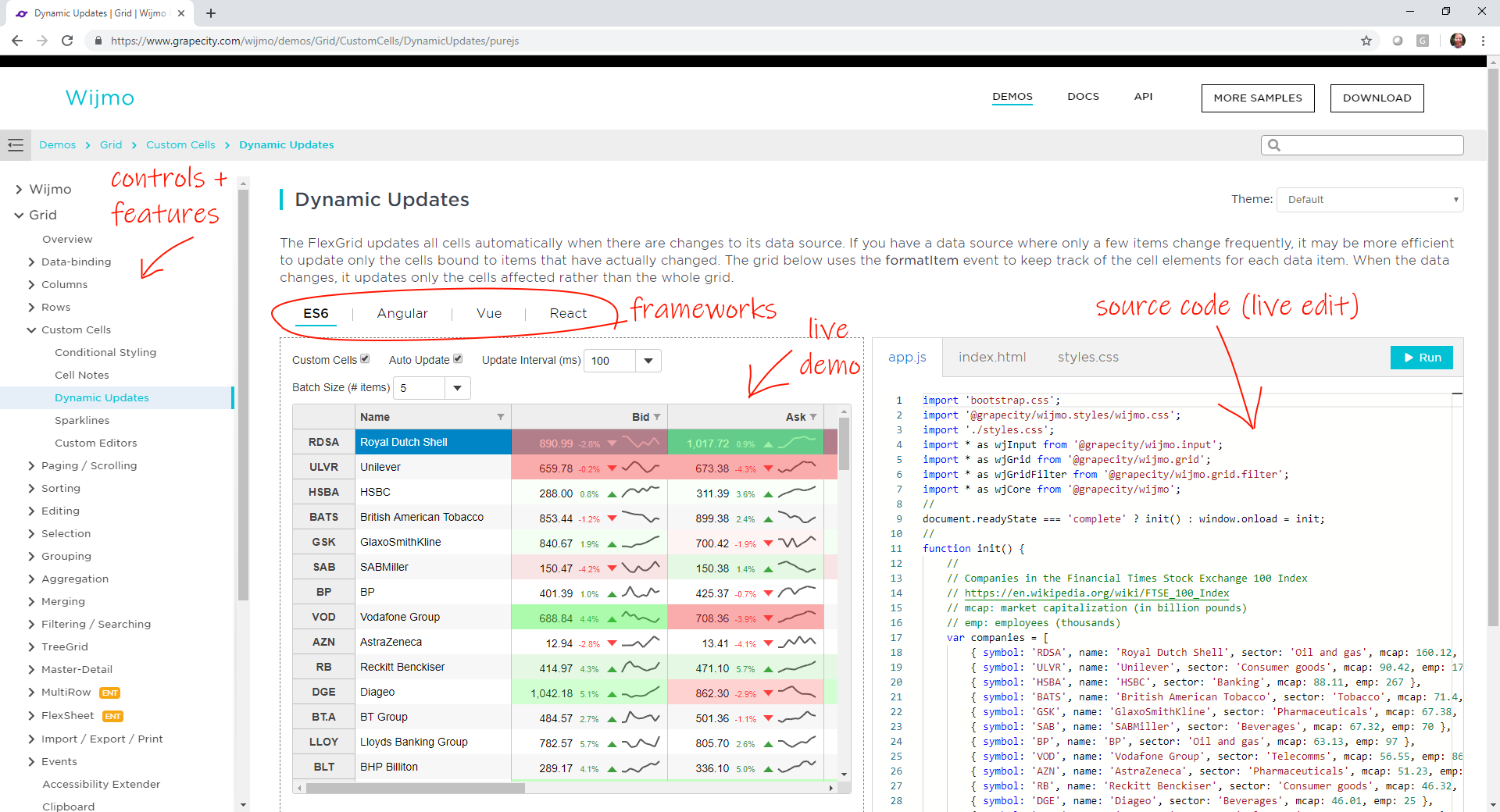 We wanted to make it easy to find any feature you need, try it in the browser, view the source code for your favorite framework, and make live edits to the code. We hope this makes your life easier as a developer. Please feel free to suggest a feature and we can add it to our collection.

Some React samples are still being completed. We plan to add Web Components and other framework samples as we support them.

We want using Wijmo to be as easy as possible. To support this, we wrote over 200 new documentation guides that will help walk you through using our controls and implementing features. Our documentation site also includes a full text search for helping you quickly find what you need help with.

We have also rebuilt our API Reference. The output is not much different than before, but we designed it to be consistent with our other new developer resources (samples and doc guides). Take a look and let us know what you think of the new API Reference.

We added a FlexGrid.errorTip property that allows you to specify a Tooltip to use when showing validation errors. You can use this property to customize the tooltip, or set it to null to restore the original behavior (use the cell's "title" attribute to show validation errors).

We added an option to FlexGrid called anchorCursor, which changes the range selection to look more like Excel. By default, FlexGrid keeps the cell where the cursor is highlighted, whereas, Excel keeps the first cell selected (the anchor) as highlighted. We like our default because it gives a visual indicator of where your cursor is in the grid. It's also ideal when using keyboard navigation since you otherwise have no other indicator. But Excel is very familiar to users, so we wanted to provide the option to look just like it.

We refactored and simplified the grid CSS rules so customizing cell backgrounds is now simpler and easier. Previously, our CSS selectors for cells were strong and could not be overridden using a single class selector. After refactoring, you can now write a single class and style the cell background and text more easily.

Note that in order to make wj-cell class weaker and easier to style, we had to make a few other classes stronger like: wj-header and wj-alt. You might need to adjust your CSS to use combined class selectors like .wj-cell.wj-header { }

We improved the FlexGrid scrolling performance even further by extending the cell reordering logic to work when scrolling horizontally and on grids with frozen cells. This is a small change, but it has big impacts, especially on older browsers where DOM operations are expensive. Of course, it makes FlexGrid faster in modern browsers too!

We added a new PivotGrid.outlineMode property in OLAP. In outline mode, the PivotGrid renders row fields in an outline format that is more compact and reduces the amount of white space shown on the screen. Outline mode is recommended for views with a large number of row fields. It's similar to what Excel offers in it's PivotTables. 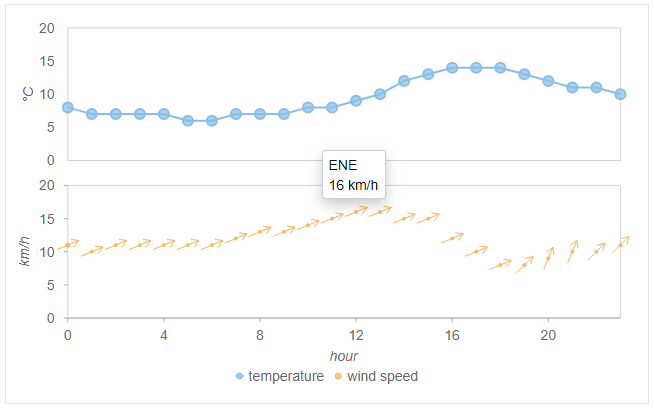 This release includes several new features for FlexChart and FlexPie. We have added support for range area charts to FlexChart. This is similar to the range bar and column charts that plot a range of two values for each data point. This new chart type is enabled by setting the chart type as 'Area' and then setting the min and max values in the series binding. 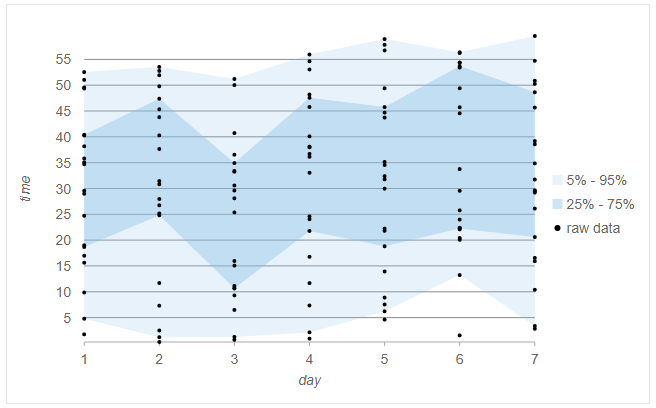 You can now use FlexPie to visualize more of your data in a single chart by creating multiple pie chart "series" using the same data source. To create multiple pie chart series, specify several comma-separated properties in FlexPie.binding. 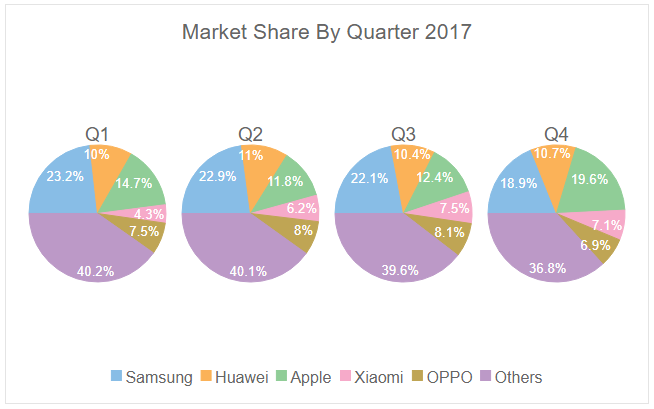 Wijmo npm packages have been moved to the @grapecity scope. This brings obvious benefits like multiple module formats, and drastically simplifies Wijmo usage for companies that host Wijmo on their own npm servers.

Switching of your application to use new scoped packages will require some modifications in the application code, namely update of Wijmo module names in ‘import’ statements. We have published a guide on migrating to wijmo's @grapecity scoped npm packages (BLOG LINK).

In order to make a smooth transition, we’ll continue to maintain the non-scoped ‘wijmo’ package for a limited amount of time. So the latest Wijmo version will be shipped as both scoped and non-scoped packages. But you should schedule an update of your application to use new @grapecity scoped packages as soon as possible.

If you want to install everything (similar to the wijmo package), you can install the @grapecity/wijmo.all package.

In this release, we utilize a new browser API called ResizedObserver to improve layout rendering in all of our controls. This API allows us to know when our control element is resized or changes visibility. We can use these events to make sure our control layouts adapt to their container and optimize their layout. Previously, this wasn't possible for us to build into the controls. But thanks to this new API, we can add this nice bit of polish.

Learn more about how we use ResizeObserver