It's hard to believe another year of Wijmo has gone by. 2016 was another productive year of development and growth for the Wijmo team. Looking back at our 2016 roadmap, you can see that we delivered everything that we promised. Let's recap some of 2016's highlights:

Most of what we focused on in 2016 was based on you, our customers. Our roadmap is always customer-driven, and 2017 will be no different. We spend a lot of our time working with our customers to understand their use cases and needs. Many of our customers request controls or features directly. We work with them to create requirements, build a prototype and get feedback before releasing publicly. 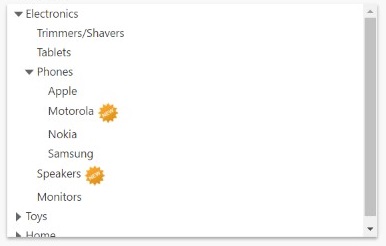 Multiple customers have asked for a TreeView control this year. We currently have a TreeView in development that will be releasing in early 2017. Our TreeView will include checkboxes, icons, drag and drop support and more.

We recently released a preview of our PdfViewer control. The PdfViewer uses a server-side engine to render PDFs and send SVG to the client for display in the viewer. Our PdfViewer will ship in mid-2017.

While we’ll be focusing most of our efforts on shaping Wijmo 5 around our customers, we still reserve some time for fun. By fun, I mean pushing our controls to the limits of the browser. After all, Wijmo 5 was born from experimentation in ECMAScript 5.

We look forward to working with you in 2017!