The first official release of Studio for Windows Phone is finally here! This version is built on the latest RC version of the 7.1 OS, and we will continue to update it as new updates are released by Microsoft. The purpose of this studio is to expand the set of controls out there on the market. They come packed with a lot of powerful and unique features to help Windows Phone developers build better and more compelling apps.

This first release includes about 20 total controls and libraries (6 new ones on top of the original CTP controls). Some of the key data visualization controls include: FlexGrid – Display and edit tabular data across columns and down rows with this simple, yet powerful grid control. 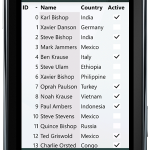 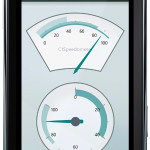 Chart – Our full-featured Silverlight Chart control, introduced for the Phone during the CTP. Now it’s been enhanced better for gesture interaction. You can apply zoom and panning actions through tapping and pinching. 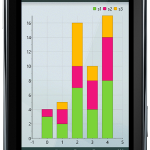 Also new since the CTP are four class libraries which help speed up development time and improve performance. Excel – Reads and writes Microsoft Excel (XLSX) files with an easy-to-use API Imaging – Puts powerful imaging capabilities at your fingertips. Edit images (PNG and JPEG) and display animated GIFs. PDF – Creates dynamic PDF files with an easy-to-use API Zip – Compresses data sent over the wire and enables you to use Isolated Storage more efficiently and securely. And two of the original ComponentOne controls have gotten some pretty good updates since the CTP version. PdfViewer – Performance was the key issue with the CTP, so we’ve focused on improving rendering speed using hardware accelerated bitmap caching. This enhancement is built-in so there’s no extra work needed. RichTextBox – We’ve added support for RTF (in addition to just HTML), as well as a prepackaged library of application bar buttons. So you can set up your AppBar to be quickly wired to a C1RichTextBox for all your desired editing functions (like Bold, Italic, Align Left, etc). One control we removed since the CTP (and hopefully you won't miss) is C1HyperPanel. You can see the full list of controls on the Studio for Windows Phone product page.