Russ got the call from David Giard of INETA the other day. He told Russ that he won an award from INETA. Russ said, “No kidding? Which award?” David said, “The Lifetime Achievement Award” and went on to say that this is a rare award with only a handful of winners since INETA started. Russ said “I am very honored to get this award!” After checking the list of previous winners , he thought, “To have my name included with Scott Spradlin, Kevin Hazzard, Chris Pels, Bill Jonas, Dave Noderer, Julie Lerman, Bill Evjen, and David McCarter is really special. I am extremely honored! Russ has had an incredible career, with over 20 years as a programmer, 15 years as a developer evangelist for Microsoft, and now as a developer evangelist for Microsoft partner ComponentOne, a Division of GrapeCity. Russ said “I won top developer presenter awards a few times at Microsoft, but this Lifetime Achievement award tops them all! I am so excited! “ 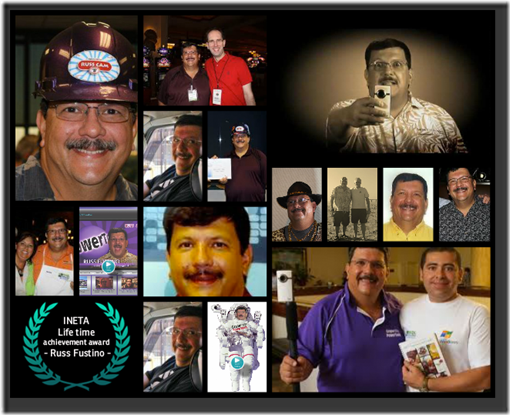