Xamarin is Free for Everyone - And We Have Controls!

Today at BUILD, Microsoft announced that Xamarin is now included in all versions of Visual Studio (including the free Community Edition). This is exciting news for all .NET developers, since it brings the potential for C# cross-platform mobile apps to all Visual Studio users without any added cost or restrictions.

GrapeCity features Xuni, a collection of native mobile controls that include Xamarin Platform, and you can get it with a license for Ultimate.

After the Microsoft acquisition, many developers wondered exactly how Xamarin's technology would be incorporated into the Microsoft stack. This decision means that, for the average .NET developer, it will be readily available and at no additional cost. Most .NET developers will only need to download a current version of Visual Studio (one of which is free). This should put the product within everyone's reach.

Xamarin also announced further plans to open source large portions of their code which is great news. They'll be contributing the Mono project to the .NET Foundation, and rereleasing Mono under the MIT License. More excitingly, they'll also open source the Xamarin SDKs including the API bindings and Xamarin.Forms! This is great news for growing the platform, making it more stable and better performing. They're also going to give the same open source treatment to many of their tools. More details are available on the Xamarin and Mono websites.

With Xamarin free in all versions of Visual Studio, we're also excited to see Xuni grow since the barrier to entry has become so low. We've been watching the platform grow over the past year and a half, and it's exciting to see Xamarin go free and fully mainstream. We'll continue to grow the cross-platform controls available in Xuni along with the expanding Xamarin Platform. If you're interested in testing out Xamarin in Visual Studio, you can find the community edition here. Read more about Xuni for Xamarin. 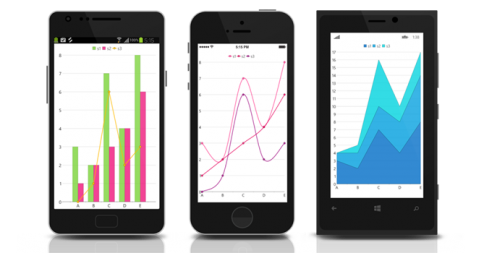