Admins can now list invalid license on the Admin Dashboard's Licenses page so they can easily remove them without replacing/cleaning controller.db.

The server administrator can now choose to optionally validate parameters, so validation is not required.

ActiveReports 12 Server Service Pack 1 includes a host of new features for the Web Designer, along with a great new feature for report adminstrators.

By specifying a limit on how many pages of a report are rendered when previewing, administrators can ensure that very large reports will no longer slow down other report execution requests. For instance, if a report has 1000+ pages, you can specify that only 10 pages should render in the preview.

Barcode and Formatted Text controls have been added to the Web Designer: 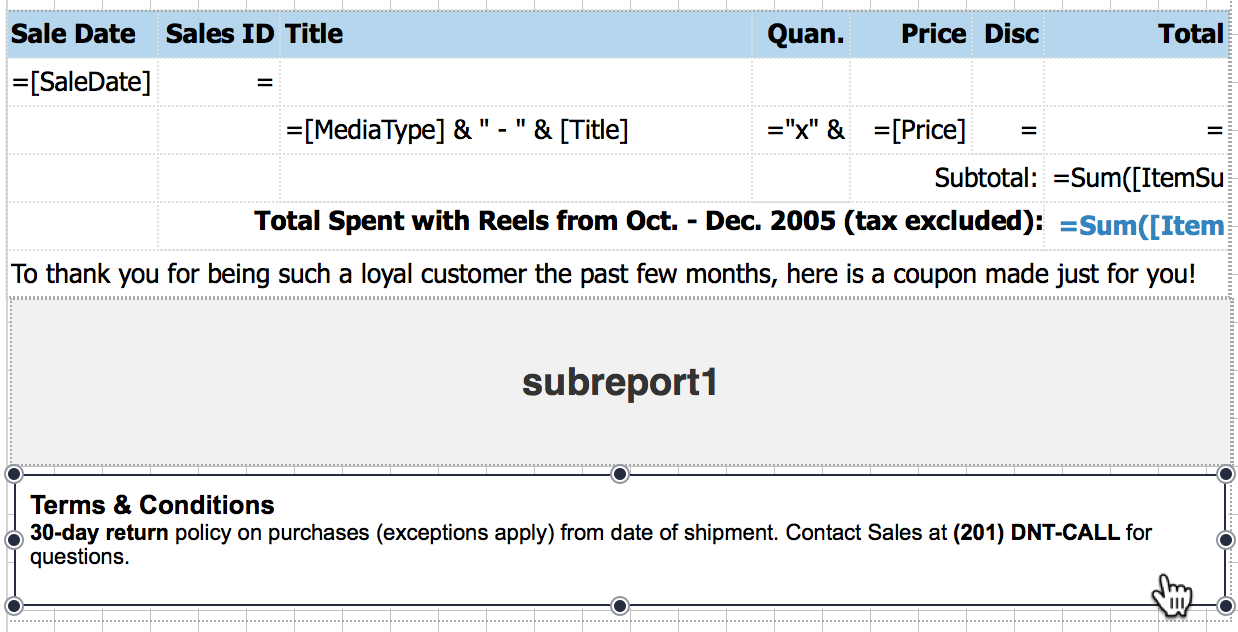 Data Visualizers have been added to the Web Designer. Data Visualizers allow you to create small graphs to make your data easier to understand. For example, you can red flag an overdue account using the Flags Icon Set as a background image. Several types of Data Visualizers are available through a dialog linked to properties on the Image and TextBox report controls. 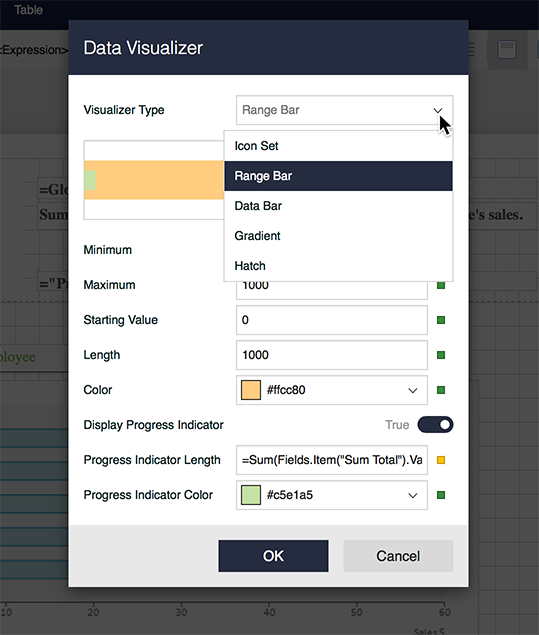 Shared dataset refresh in RDL and Page Reports: Now when a shared data set gets modified, you can refresh this data set in a report that uses it. When opening such a report in the Web Designer, a notification message will specify what data fields have been changed and ask you to save the report with a new data set version.

Smart filters have been added to semantic datasets. This new dataset query filter in RDL reports adds more flexibility and performance to filtering data in a semantic dataset. 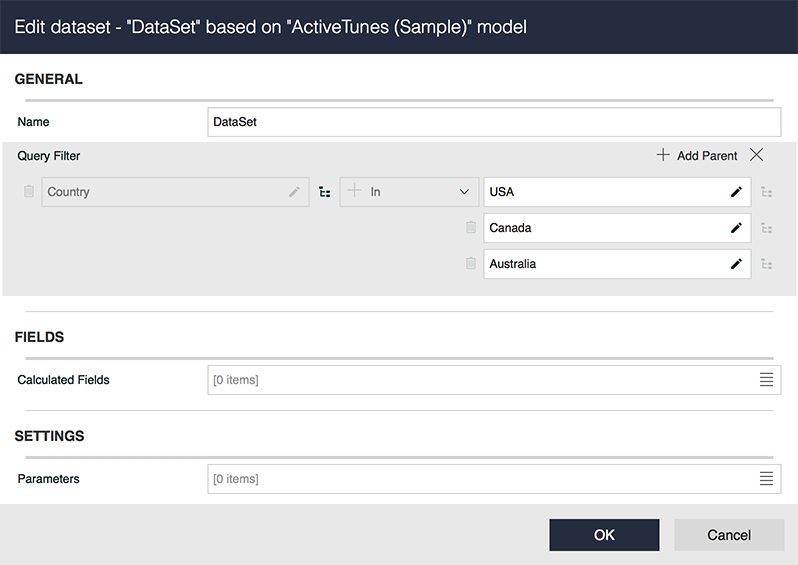 Design visually appealing reports with ease: While designing reports, the default styles are now automatically applied to the controls that support style feature (Table, Tablix, Chart, Bullet, and Sparkline). So the users don't need to set the styles manually each time they add new control. The default styles can be later easily modified from the Style property.

Support for stored procedures has been added to dataset queries.

Give end users a starting point for ad-hoc reports and ensure consistency and branding with the new custom report templates! Developers can create new report templates, or users can select from a list of provided templates like blank reports, pre-formatted letters, stock sized labels, and certificate templates. These templates are secured by roles and intrinsically support multi-tenant environments. 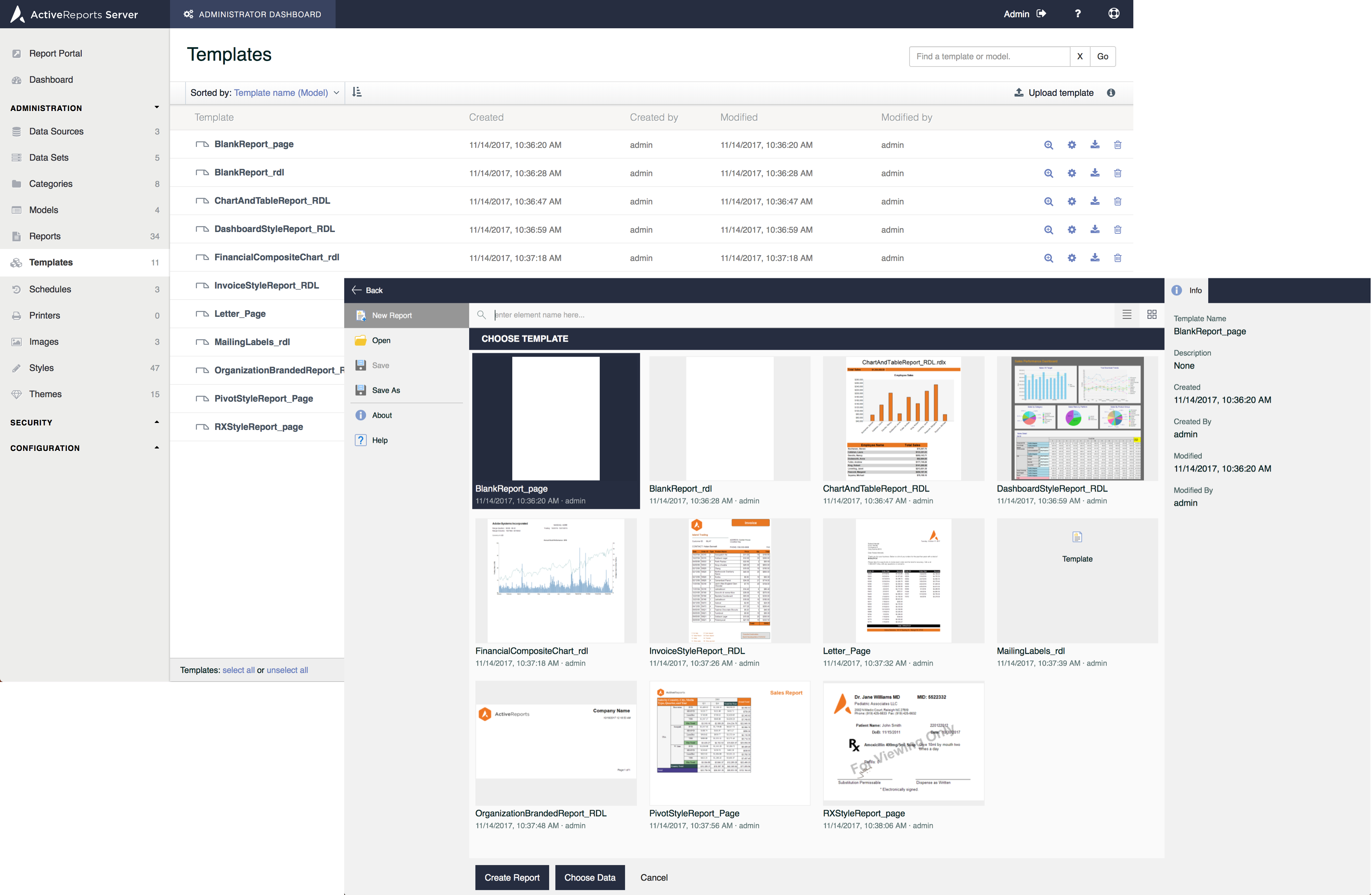 Additional enhancements to the Web Designer include:

Start a scheduled task immediately, rather than waiting for pre-defined recurrence! With one-time scheduled report execution, you can move on to other tasks while the server runs the report, and you'll get an email when the report is ready.

View a list of all report requests currently running on the server on the new Worker States page in the administrator dashboard. You'll see the number of jobs running on each agent so you can allow for better resource management. 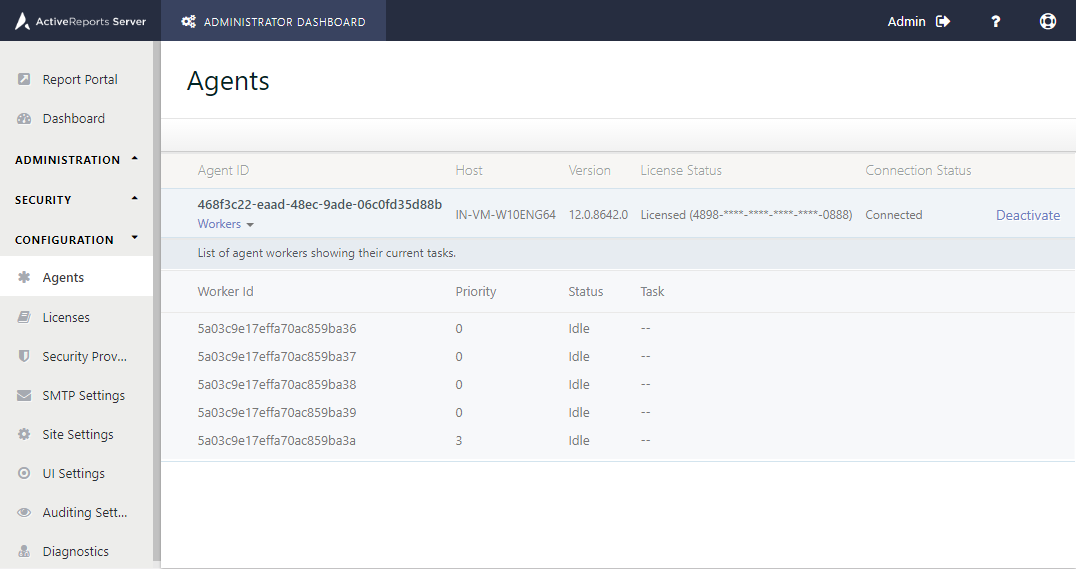 ActiveReports Server optimized the report rendering process in the current version. With the new version, we have made further enhancements to allow large reports to run faster for end users.

New Beta: View ActiveReports on the Server with the JSViewer

The new, lightweight JSViewer allows for faster report rendering with rich interactivity and responsive viewing. Not only do the reports respond faster, but since the server is freed up sooner, your deployment can scale even better. The JSViewer is currently in beta and will replace the HTML5 Viewer as the default viewer in future versions.