As a developer, use the Desktop Spreadsheet Designer application to easily design your workbooks and templates with a simple interface that uses all of the SpreadJS features. Add additional functionality and code to the spreadsheet after loading the template in your application.

You can offer this same functionality to your users using the Spreadsheet Designer Component, allowing them to create and design their spreadsheets specific to your application's needs. 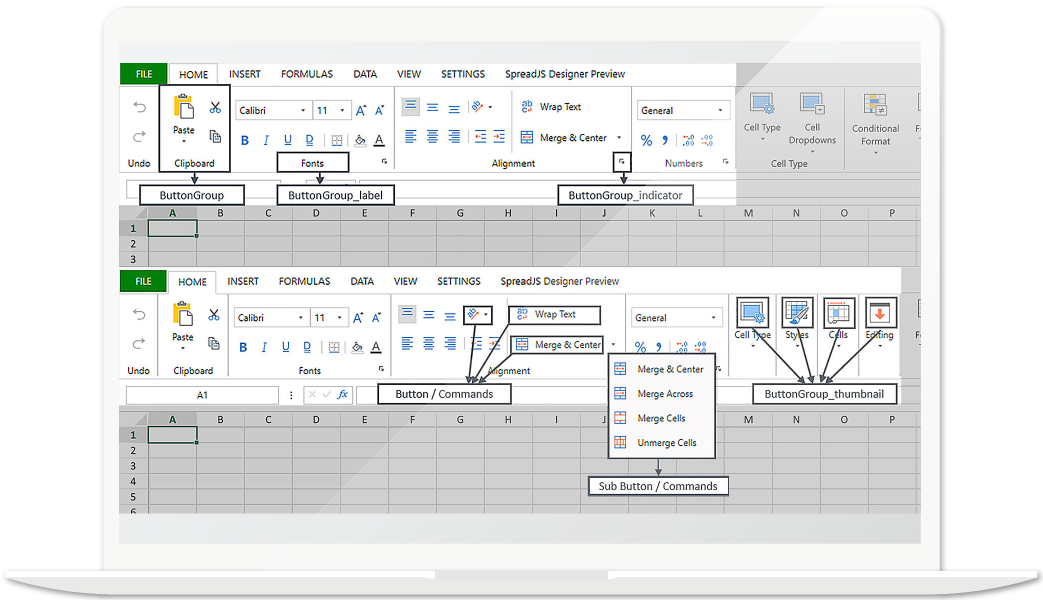 The SpreadJS Designer Component is a separate deployment add-on package that provides JavaScript developers the ability to embed the same ribbon bar and UI functionality into their web applications, making it easy for customers to customize the spreadsheet.

You can add, remove, re-arrange buttons, tabs, and designer sections by adding, removing, or moving corresponding entries in the configuration file.

Custom commands, icons, and CSS can be added to customize buttons to look and perform specific actions that you define in your script code, such as displaying your message or interacting with your business logic.

Grant or restrict access to features or tabs that users can access based on your custom logic to satisfy any business requirements.

The designer includes Angular, React, and Vue wrappers, which provide you with the ability to embed the designer into your framework-specific projects quickly. Using the designer is as simple as referencing the required node packages, importing modules, and implementing the necessary framework script code to initialize the designer.

Learn more about how to customize in the Documentation 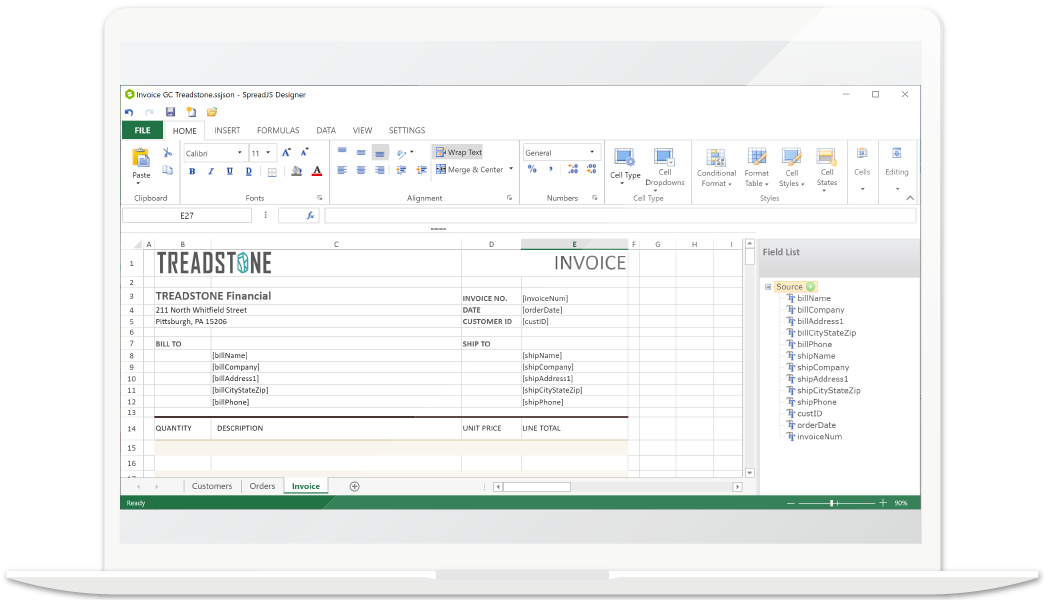 The SpreadJS Designer, included with the licensed product and trial, is a compelling WYSIWYG stand-alone desktop application that helps JavaScript developers quickly design spreadsheets in a fraction of the time with the point and click interface vs. manually writing code.

Fully design templates via the WYSIWYG interface complete with formulas, cell styles and formatting, cell type, column widths, row heights, borders, and images. Dynamically populate the cell values from your preferred data source once you save the finished .json or .xlsx file and load at runtime.

Create template sheets to set and save cell-level data binding within your template (found within the "Design Mode" section of the "Data" tab).

Here, you can create a template for your data, add fields, change data types, and click and drag specific fields into cells within your template workbook.

Open any existing Excel files, make changes, save, and load the file in SpreadJS at runtime.

The interface is very similar to Excel, increased comfortability, and productivity in designing your SpreadJS spreadsheets today. 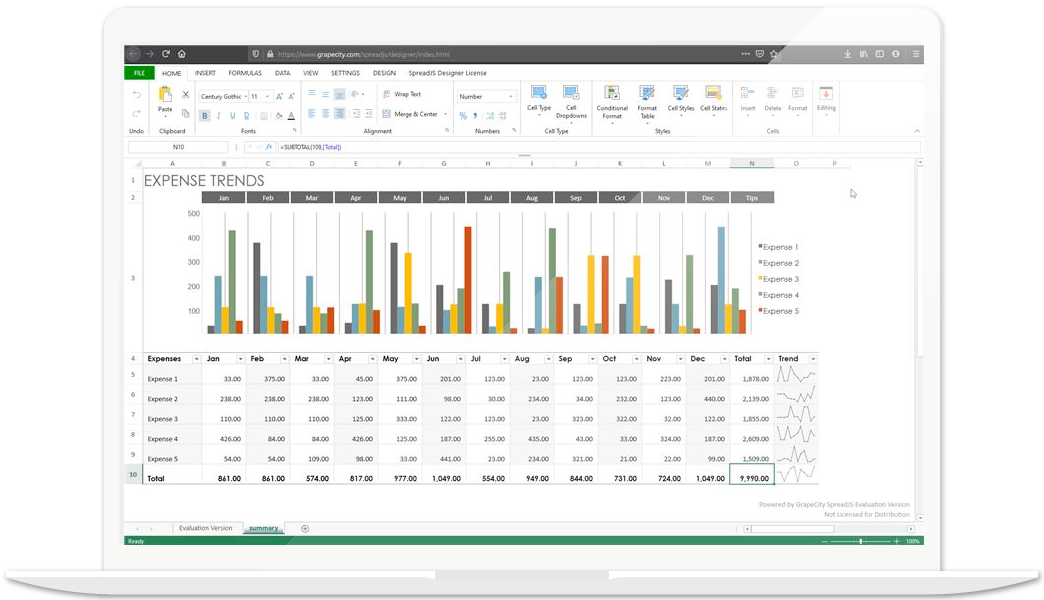 This demo uses the developer SpreadJS Designer and brings it to the web to experience the Designer right in your browser.

Test out our extensive and powerful calculation engine, allowing you to import your own Excel spreadsheets in our application and create custom functions, dynamic arrays, and 500+ other built-in functions. Our WYSIWYG SpreadJS Designer uses a very familiar UI to ensure no learning curve is required; load in your existing Excel .xlsx template files and start being productive immediately. 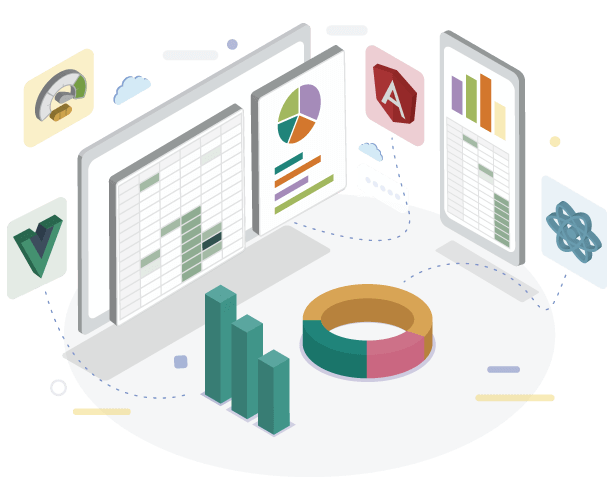 SpreadJS Built in and Custom Shapes

How to License SpreadJS 11 for App Distribution 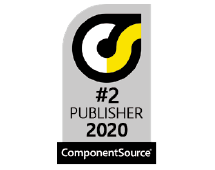 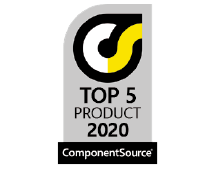 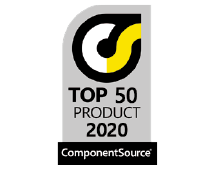 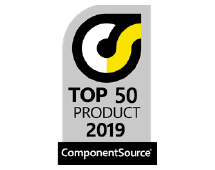 GrapeCity Spread is Trusted by the
World’s Leading Companies

We have been using Spread in our desk and web products (PerpetualBudget) for over a decade. Not only are the Spread grids great controls but the support at GrapeCity is the best. When you need them, they're there!

I haven't come across such a feature-rich solid Spread before. Thanks for giving such a nice component.

Spread benefits my company because our clients can now see the immediate benefit the websites we create for them provide.

Thanks for providing the best [JavaScript] spreadsheet widget in the world, we're very happy customers. Your product has saved us a TON of time relative to other solutions we used in the past.