Check out the newest features and updates from Wijmo's first major release of 2018.

Build 462 has released. It includes an exciting new interop with web components (beta) and some nice new PDF and ReportViewer features. It also includes a fix for license validation in older versions of Chrome.

We have also added ES6 versions of Wijmo modules (Beta version), which you can find in the NpmImages folder of Wijmo download zip:

We will be continuing to research and develop our ES6 support this year.

Check out the Build 462 Release

If you deploy a Wijmo application without a distribution key, you'll see this popup: 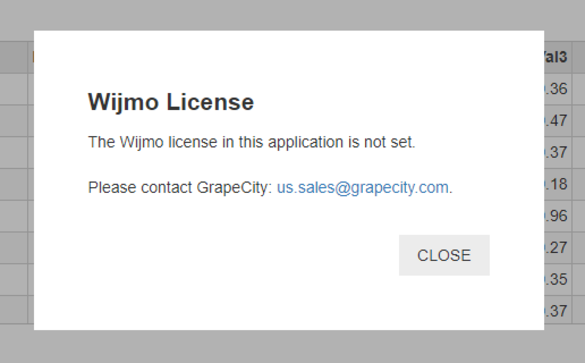 To use Wijmo in production, follow these simple steps:

Note: We used to releae two editions of Wijmo, one for evaluation and one for production. We now have a single edition that runs in two modes (eval or production), so you no longer have to replace Wijmo files when going to production.

We've all waited a long time for this, and we're happy to finally publish Wijmo on NPM.

We've published NpmImages ourselves for years. All our Angular v5 samples used these to install Wijmo as modules from our own server, and we also had documentation that instructed you to install Wijmo from the local file system. The great news is that if you copied either pattern, you can easily move to NPM.

The only thing that needs to change is to remove the custom URL in the package.json that points to our server, and add the specific version of Wijmo that you want to use:

The NPM install command is the same:

The @import statements are also the same:

Wijmo OLAP is even more powerful now that it can connect directly to Microsoft SSAS Cubes. Previously, Wijmo OLAP could handle client-side aggregation so that it didn’t require a server. We also had an option for server-side aggregation, but it required installing a custom DataEngine. 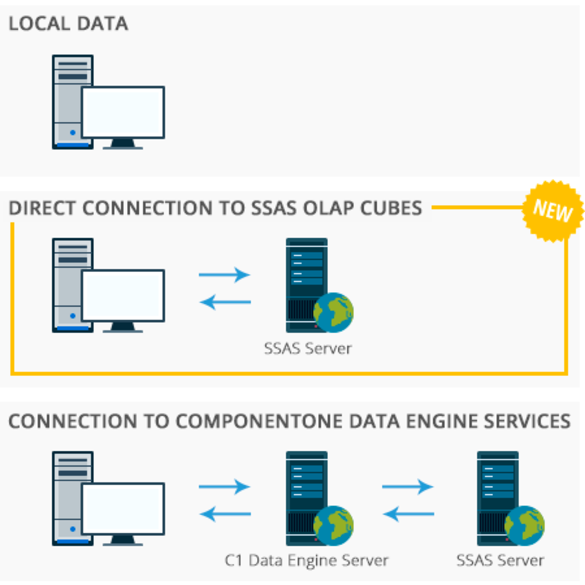 Now, Wijmo OLAP can talk directly to SSAS Cubes. This is great for those of you who have existing SSAS cubes and want to create a PivotGrid (and PivotChart) bound directly to the cube.

This feature requires that you configure a few things in your SSAS Cube to make sure it's accessible via AJAX requests. Read our blog on how to setup Wijmo OLAP and SSAS cubes.

Wijmo has a modern client-side ReportViewer control that now supports ActiveReports. The Wijmo ReportViewer is written as a control in TypeScript and comes with built-in support for Angular, React, Vue and more. It's also provided in multiple module formats for use with module loaders.

We worked closely with one of our customers to add Table support to FlexSheet. Tables in FlexSheet act similarly to Excel; you can select a range of cells in a sheet and convert them to a formatted table: 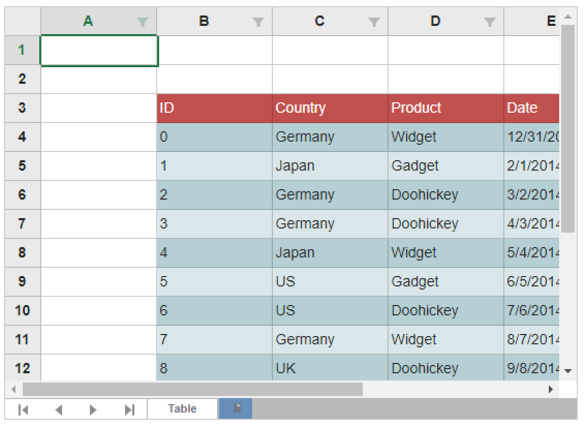 Here's an example of a FlexGrid with columns declared in markup:

Moving forward, all new versions of Wijmo will be published to a new CDN that supports HTTPS. HTTPS is becoming the standard for hosting almost all web content, so we wanted to make sure you can host your applications on HTTPS and still use Wijmo. It also makes Wijmo easier to use on sites like jsfiddle, codepen, jsbin, etc.

The new URLs for the Wijmo CDN are as follows:

We also host a latest version, updated with each official release:

Our next focus is on FlexChart accessibility.