Check out the newest features and updates from Wijmo's second major release of 2018.

Build 524 is available. This minor release includes a rollback to the FlexGrid’s default row height that was changed in build 523. This minor change can affect the appearance of the FlexGrid’s overall height, row visibility, and the presentation of cell template items. The new build reverts the change to the style and behavior of previous Wijmo build versions (500 and earlier) to prevent breaking UI changes.

We created a MyBI sample app to show how easy it can be to build progressive web apps using Wijmo. It gets sales data stored in a Google Sheet and creates a dashboard to support business decisions. 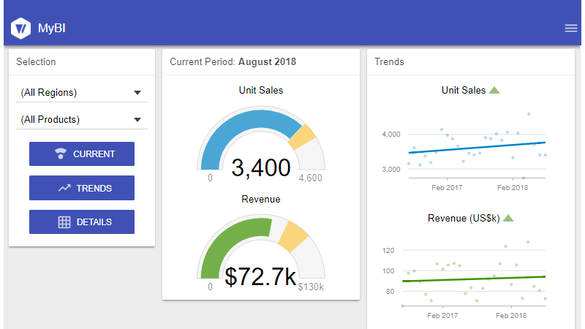 Check out the Build 523 Release

Check out the Wijmo V2 Release