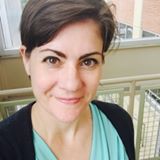 by Jody Handley in Video, .NET

Transcript: Justin: So we have Visual Studio Code, no longer just your basic text editor. With some extensions...they have some pretty serious code integration now. You used to have to install extensions and stuff like that. Now, it's integrated directly with Visual Studio Code. There's now a full-on debugger with console. That's pretty sweet. Christian: I think, though, this is just kind of an aside, they're walking a really fine line with that, because you know, the whole point was to be a text editor. And, you know, at the beginning they leveraged a lot of their really powerful text editing, kind of, facets that they've used in their...in Visual Studio and their other IDEs and things like that...like IntelliSense and snippets and all that. And now they're adding features, which is good, but it's...I think they're getting a little close to where they're going to bog it down a little bit...but, yeah. Justin: That's one of the things I liked initially, and still do, about Visual Studio Code is it's super light weight. Christian: Yes. So it's much faster and morel light than Visual Studio. Justin: Right. The one thing I was really missing out that was really...the runtime debugging. So now you can run and debug your, let's say, CML project. And you can see it running in real time and you can actually separate things in your code. Now, that's the one thing I was missing from Visual Studio Code that they have now. Because, because historically I've used things like Brackets, which has the line editor, and now that VS Code has that, I see that as a huge option as far as text editors go. You use Visual Studio Code? Christian: Oh yeah, yeah. It's funny...yeah, no...I use this as a nice middle ground. I'm just hoping that they, you know, kind of keep it around where it is now, and that they package a lot of the...if they add more extensions, which they've been doing. Justin: On the other side, there's tons now. That's one of the things I was really surprised at. Even in like, the early stages of VS Code, they had tons of extensions. Already packaged into their little ecosystem there, which was kinda cool. Troy and Kelley: Yeah Justin: A lot of the things I think it kinda fell short on were things like icons. Little stupid things. Christian: Right. Justin: Things I care about, like the icons next to the, you know, index...going 'yadda yadda yadda' the little icons next to that. They have them now integrated in there, you don't have to install an extension or anything like that. But, they added build...thought that was pretty cool. And then the Git integration, super excited for that. Because again, you had to install an extension and there wasn't really like, a...I don't want to say clean because it was super simple, I mean, it's very simple. All the good functionality's there, but...now it's actually baked into it so there's less that can go wrong, so to speak. Christian, Kelley: Yeah Justin: So, that's what's I think is cool about Visual Studio Code. Kelley: No, definitely, definitely a lot of nice updates. It's interesting to see how Microsoft's involving a myriad of platforms.