MS Build 2017 marked the first year Microsoft held the Build conference in Seattle. I arrived in Seattle on Tuesday afternoon, and it was the first time I visited this beautiful city. It was also the first time I used Uber. I booked an UberX through the App, and after several minutes a Toyota Prius arrived in the parking lot designated for Uber service in the airport, so it was pretty easy. 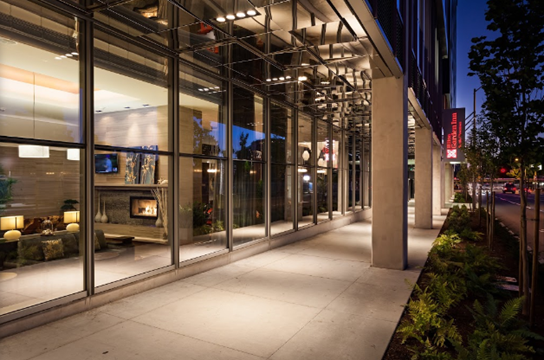 Conference registration was from 3pm to 8pm, and considering there were 5500 attendees, I wanted to register early. The registration area wasn't big, but Microsoft had many self-registration devices, so it wasn't crowded. Registration was very simple, as it was last year. I scanned the code and then took a badge, a T-shirt, and some information about sessions and the hub, that's it. This year, though, we got a chocolate bar and a Starbucks gift card. Thanks Microsoft! They knew we would need energy after a long trip. 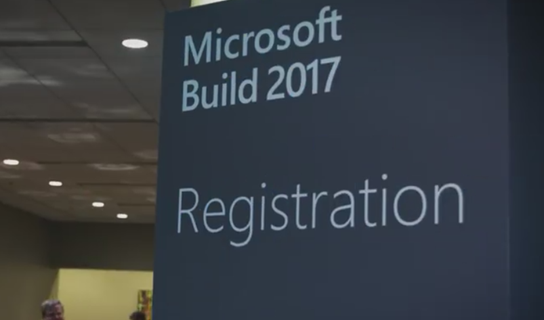 The keynote of the first day started at 8am, and since that's the most important part of the conference, I tried to be there early, but I still had to wait in a long line from the center gate to the keynote room. There were a lot of people! As in previous years, the keynote started on time from Satya's speech. He talked about the bright future of the IT industry, Microsoft's mission and principles, and the opportunities for and responsibilities of developers. 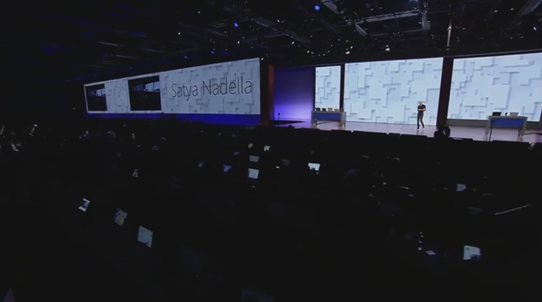 He gave some data on Microsoft products:

Although Satya mentioned that mobile first and cloud first are two major directions for Microsoft, he talked about cloud much more than mobile in the first day's keynote.

Microsoft talked a lot about cloud, including Azure shell, the Azure management app, new DB Azure services, Azure Cosmos DB, Azure stack, and debugging an Azure app in VS... but almost no conversation around mobile, no rumored Surface phone. You could say Cortana is a sort of mobile device, and they used a Cortana speaker in a demo, but it didn't respond quickly, and it needs improvement. 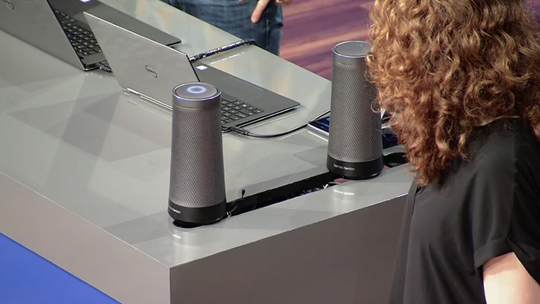 Instead of mobile, the Keynote and some of the first day sessions mentioned both AI and Graph. To Microsoft, AI is a set of cognitive APIs. They announced some enhancements like the JavaScript speech API sdk, allowing 10 minutes of sound input, and supporting more new languages. Combined with bot framework, Microsoft calls it conversational AI, and combined with Azure, Microsoft calls it AI cloud. Graph is a set of RestAPI for Office365, plus the Office365 canvas. It makes Office365 customizable as a platform, and there were some new APIs announced, including outlook, SharePoint list, and Excel conditional format.

The second day's keynote started at 8:30 and lasted for about 2 hours. They spent most of the time on two topics: Story Remix, a video editing tool, and AR, which combines the Microsoft MR sdk and the Acer Hololens with motion controllers to easily make your own AR apps. They were pretty good demos with a cool soccer video and a Cirque du Soleil show. Remember, that will be available in about six months, but it isn't out now. In addition, some other features like cloud clipboard, cross device work, and a OneDrive deep integration will all be in the creator update of Win10 this fall: https://blogs.windows.com/buildingapps/2017/05/11/windows-home-developers-windows-10-fall-creators-update. 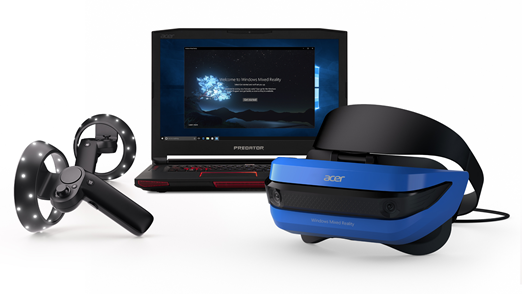 As a platform development company, there weren't many development tools mentioned in the keynote. However, Xamarin Live and VS for Mac and Linux were mentioned. From a front-end technology point of view, .Net Standard for UWP, and XAML standard 1.0 are the important ones, but we don't have complete details, yet. Microsoft just mentioned it will be published at end of the year. We could say second day Keynote is the keynote for the next six months.

From what was presented at this Build, I don't see many surprises or big changes in legacy front-end technology. Compared to last year's Build, an obvious change is AR, since Microsoft released the Hololens last year. It's been adopted quickly, and there were many new AR companies showing their demos in the Hub. I only tried two demos because many people were waiting in line. The demos were amazing, but Hololens has a small inadequacy-it only has a small viewport that shows what's in front of you, not a full view. I hope it will be improved in future. Another key point in this conference is Graph, you could see it everywhere in keynotes, in sessions, and in a lot of demos. If you're working on Office365, Graph is tool that you shouldn't miss. https://developer.microsoft.com/en-us/graph/graph-explorer The conference was in the second week of May, the best season in Seattle, and most days were beautiful and sunny during the conference. Although it was busy, it was a good conference, with a lot of useful information and exiting demo experiences. I enjoyed talking to many experts, and the party at Seahawk field was fun. Microsoft has all the keynote and session videos on Channel9: https://channel9.msdn.com/Events/Build/2017 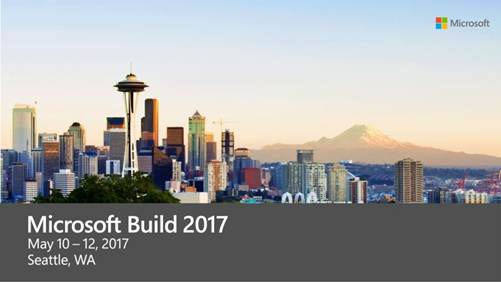