One thing I've gotten much better at the longer i've been at ComponentOne is naming my projects. Every new project I create now gets nicely categorized in a proper directory and gets a descriptive name. I have saved about 700 VS2005 and VS2008 projects and some of them are poorly named. I'm not nearly as bad as those guys who have a project named WindowsApplication346, but I get into the habit of naming them like "ChartTest" or "ChartProject" which helps narrow it down to the main C1 control in use but it's vague beyond that. Today I was looking through those old projects for a sample I made years ago for C1Chart in WinForms to help a customer. I never did find the sample I was looking for, but I stumbled upon this one which I thought was kind of neat. 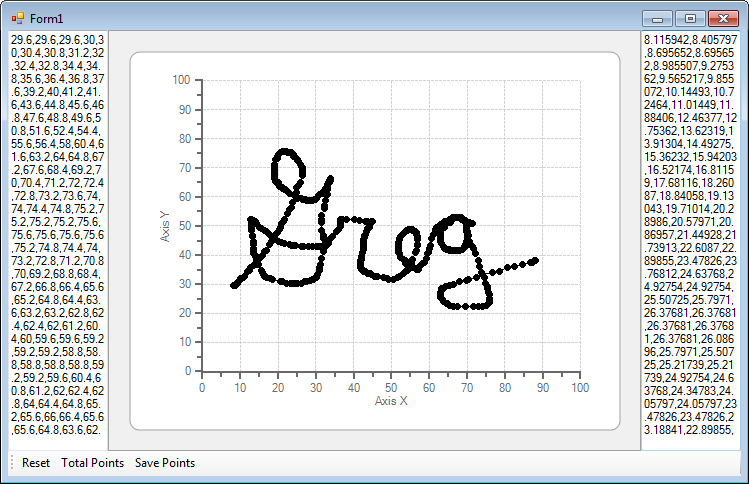 It draws points on a C1Chart by clicking and dragging. Sort of like MS Paint. Then I have no idea why I output the points into textboxes on either side, but it looks cool. Looking at the code it's so simple. First I declared a Boolean variable to hold a true value when the user is pressing on the chart with the mouse.

Then in the MouseMove event I add points at the mouse coordinates while the user is pressing the mouse. It's that simple.

I figured this type of sample could possibly have a use in a real world app, though I'm not quite sure what that would be. Download Sample