Here's part three in our Financials Charts Explained series, all of which will be available in Wijmo FinancialChart (due for release July 16). So far we've covered:

Up next: Line Break and Kagi Charts

Kagi charts strip down data to a fundamental concept: has the stock price trended in a direction over 4% its previous closing price? By marking reversals only at this threshold, traders can filter out day-to-day price fluctuations and focus only on significant changes in prices. A Kagi line can indicate a price fall (if the horizontal line is lower than the previous horizontal line) or, inversely, a price climb. Thickness of line allows a trader to generate transaction signals. A buy signal is generated when the kagi line rises above the previous high, turning it thick; sell signals are generated when they fall below the previous low, turning the line thin. In the example below, we can see that there was a strong buy signal in mid-August 2013, and likely sell signals around March 2014. 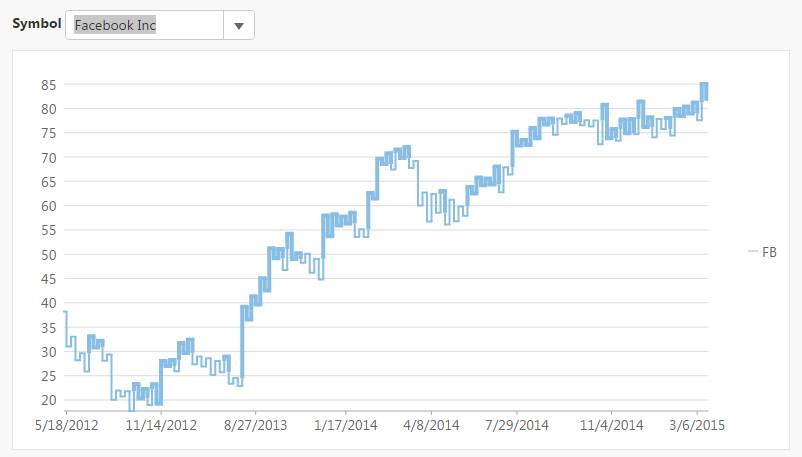 Like Kagi charts, Line Break (also known as Three-Line Break) charts change based on a predetermined price change. Instead of a single line that changes direction, though, Line-Breaks use boxes (called lines, but they have four sides, so they look like boxes) that change color and direction based on the price difference. If the difference is exceeded, a new line starts and either continues up or, if it fell, falls and changes color. This is from stockcharts.com:

In the example below, we can easily see where Google's stock fell—and continued falling. In fall of 2014, it fell and saw several additional lines added before it began trending back up in late October.