The ComponentOne Studio FlexChart's addition of Funnel chart—an excellent tool for summarizing data—enables your users to quickly visualize stages in a linear process. Most often it's used to show sales processes to pinpoint potential problem areas, but we'll see in this blog that the uses can be extended far beyond sales. Any funnel consists of the higher part called head (or base), and the lower part is referred to as the neck. The values displayed are in progressively decreasing proportion and amount to 100% in total. 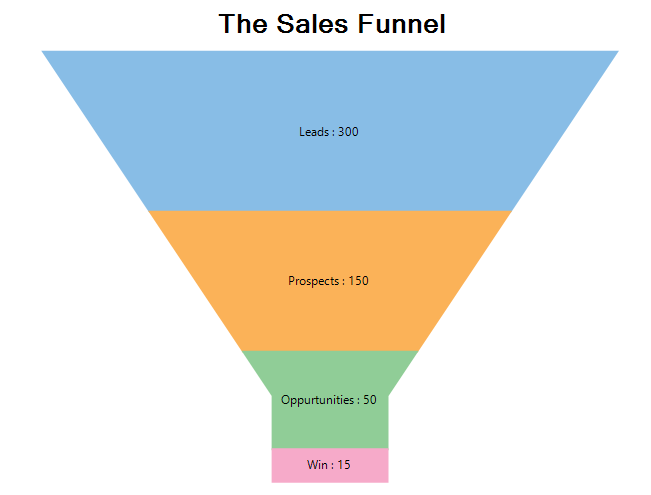 Basic sales funnel In general, Funnel chart is similar to a stacked percent bar chart or pie chart. They're often criticized for the analogy drawn with a kitchen funnel, but like that humble kitchen tool, they're very good at the one task for which they're designed. These charts can determine the health of a process or collect actionable insights. The name solely describes the shape of the chart, which shows narrowing of data as it passes through the various stages. The process aspect make the chart especially useful to managers and supervisors: people who need a good overview on what's happening. In case of sales, it’s a good visualization tool for sales managers, and less valuable for sales people. In other fields, it shows the flow and the final "win" number, which matters.

A funnel chart typically has two presentation forms: the trapezoidal look, as shown in the sales funnel chart above, or a stacked bar look in the chart below. 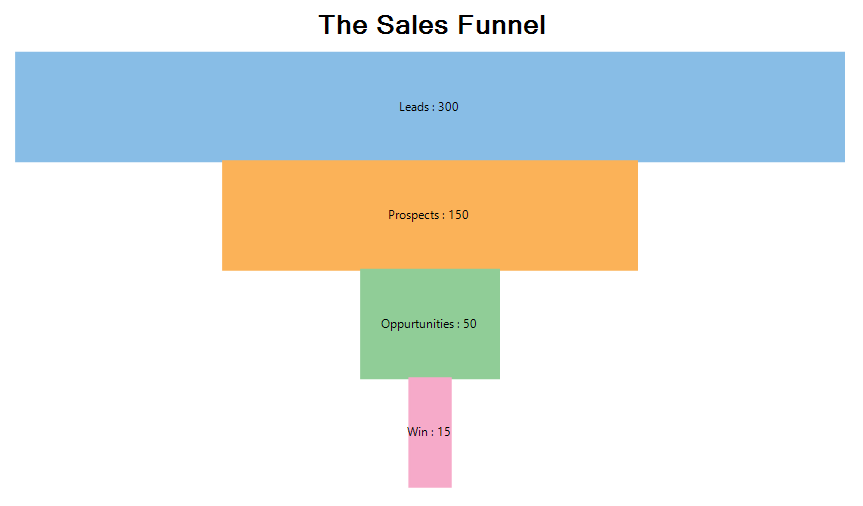 Stacked sales funnel Before we dive in to the benefits of Funnel charts, let’s look at how the values are plotted in both these representations.

When should you use Funnel charts?

In the example shown in the chart below, the highest number of users are dropping right after they have requested for quotes. This clearly indicates that the price of the product/service being offered is the major area of concern here that needs attention. 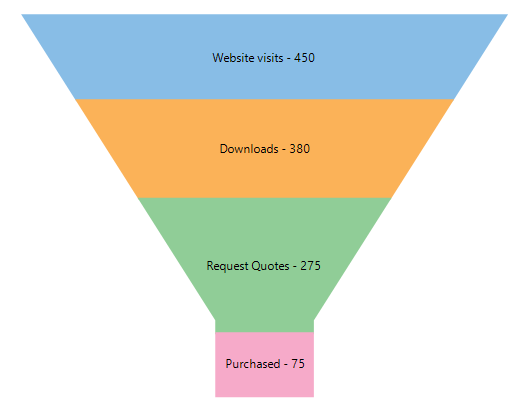 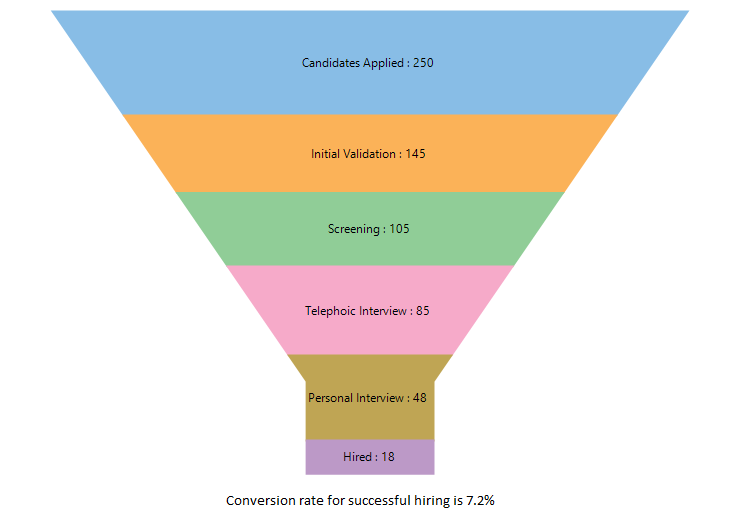 Track bug counts in a funnel and pie chart You might have noticed there’s one thing common in all the examples discussed above: a finitely small data set. The data set size plays a major role in deciding factor in whether a Funnel chart is appropriate for your data. A large data set would mean that height of each funnel segment would be very small, making the chart almost impossible to read. If any process that you're following cannot be plotted on a funnel chart only because of its large number of stages, you might want to consider dividing the process into sub-processes to make it more manageable. Read how to use Funnel charts in FlexChart: WinForms | WPF | UWP Watch a video to get started with Funnel Chart in your WinForms apps