"Microservices" architecture means designing software as a bunch of independently deployable services. This article gives an example of such a design for a web application built with the Blazor framework and ActiveReports.NET.

Both approaches have pros and cons described in detail in the documentation.

Reporting Service that runs and export reports can't be invoked from within the web assembly because it's not supported. CDN implies no code execution but distributing the static content. In that case, Reporting Service could be decoupled into a separate application, aka microservice. This approach works for both of the Blazor Hosting Models:

In addition, there are a couple of advantages of keeping Reporting Service in a separate application.

Let's build the reporting application with Blazor and microservice architecture.

In Visual Studio 2022, create a new ASP.NET Core Web API Application, name it "BlazorReporting", select the .NET 6(Long-term support) framework, and uncheck all checkboxes on the "Additional Information" screen of the dialog. 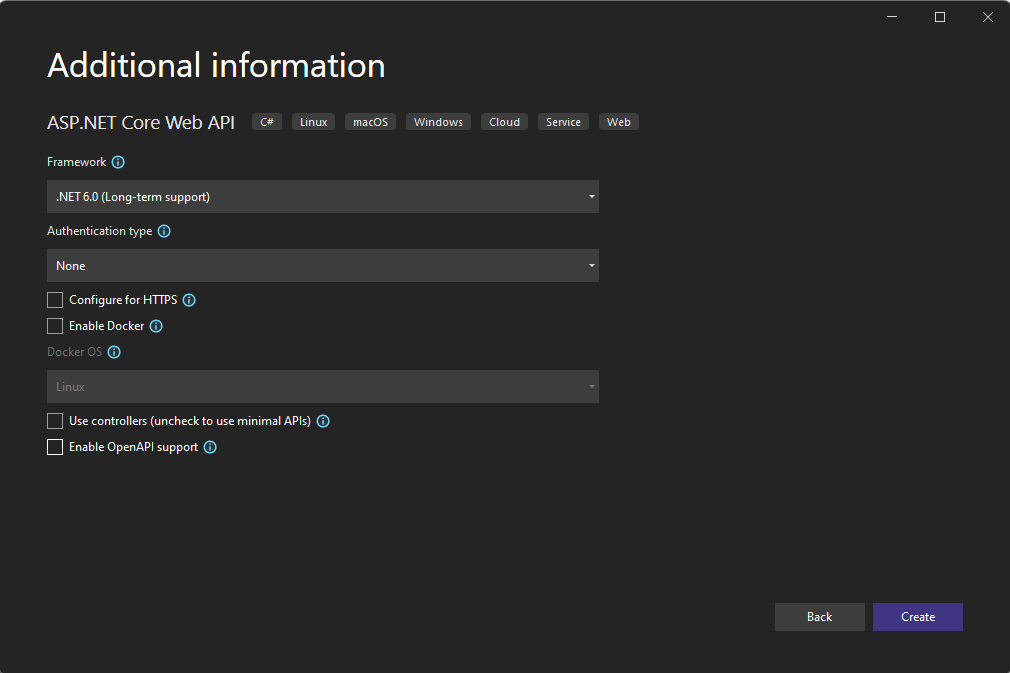 Add the GrapeCity.ActiveReports.Aspnetcore.Viewer Nuget package into the newly created project.

Replace the existing code with the following:

*Note: CORS configuration depends on the application requirements. Here is the simplest one that allows requests from any "localhost" origins.

Open the command line, navigate to the application's bin\Debug\net6.0 folder, and run BlazorReporting.exe.

The reporting service is now available via the default URL. You can try it in the browser here.

In Visual Studio 2022, add the new Blazor Server App project into the solution, call it "BlazorReportingApp", select the .NET 6(Long-term support) framework, and uncheck all checkboxes on the "Additional Information" screen of the dialog. 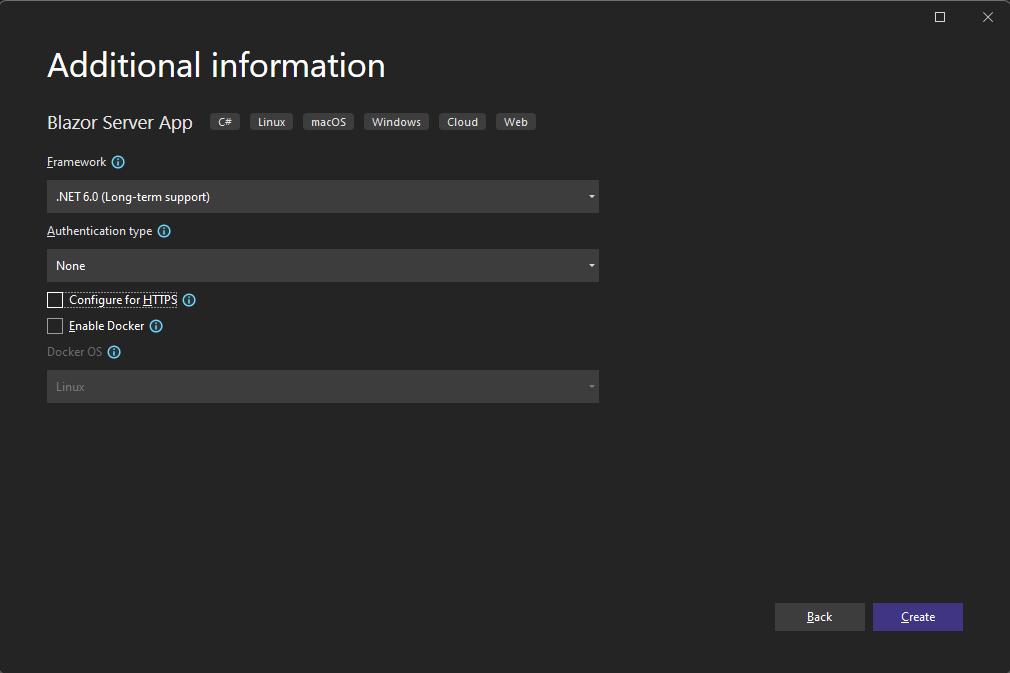 Install the GrapeCity.ActiveReports.Blazor.Viewer package into the newly created project.

Add a new Razor Component in the Pages folder of the project, call it "ARViewer", and replace the default code with the following one:

Add the link to the newly created page into the Shared\NavMenu.razor component:

Set the BlazorReportingApp as the Startup Project, run it, and click on the ARViewer item in the menu. Here is the expected result: 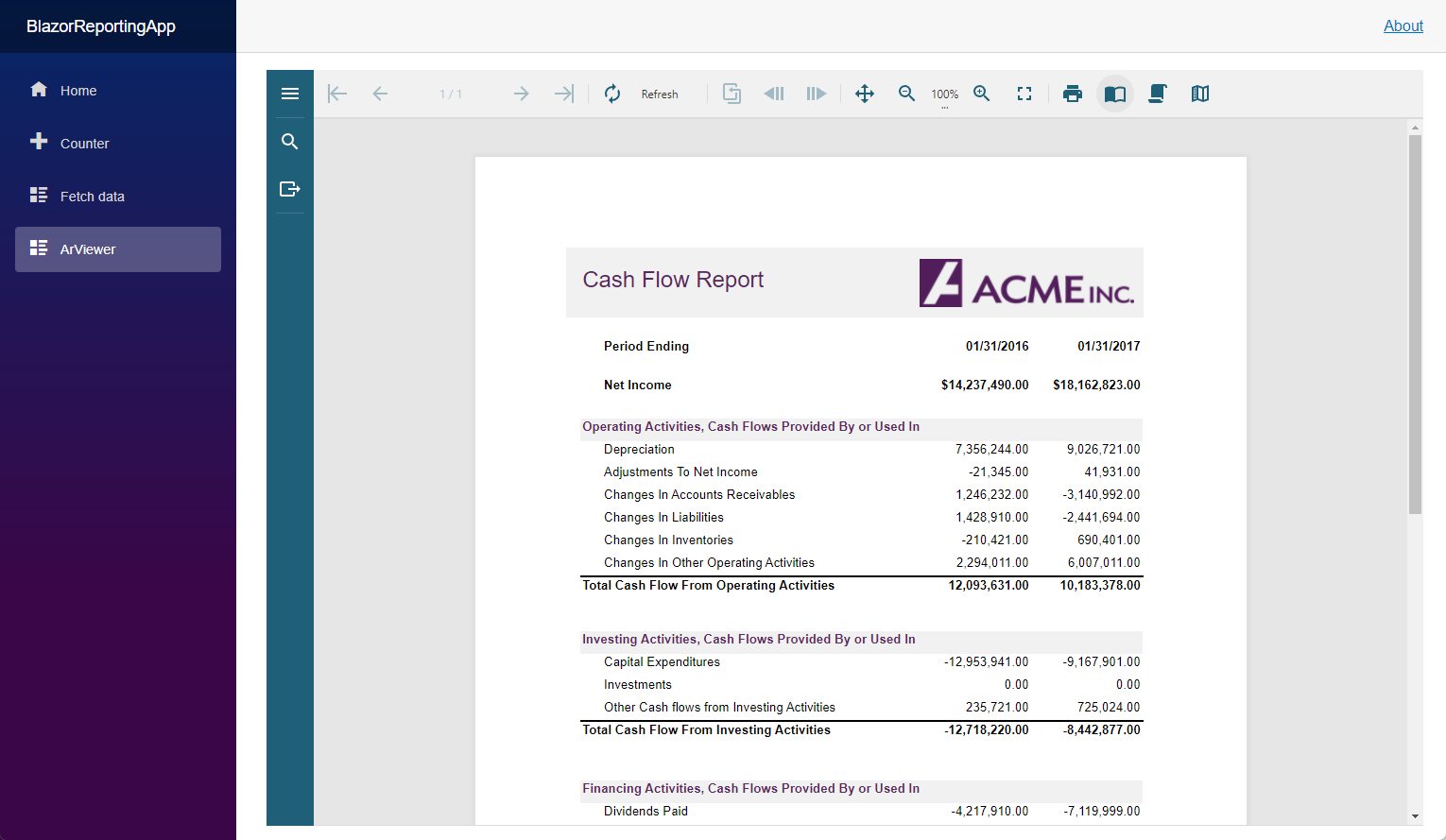