Microsoft Build 2017 is fast approaching, and every year it's fun to try to anticipate what Microsoft might reveal. Last year brought some major announcements with the long expected acquisition of Xamarin, but this year it's a little harder to predict exactly what direction Microsft will go in for its event. In this blog, we'll discuss some of our expectations and hopes for the Build event and Microsoft in general for the coming year. 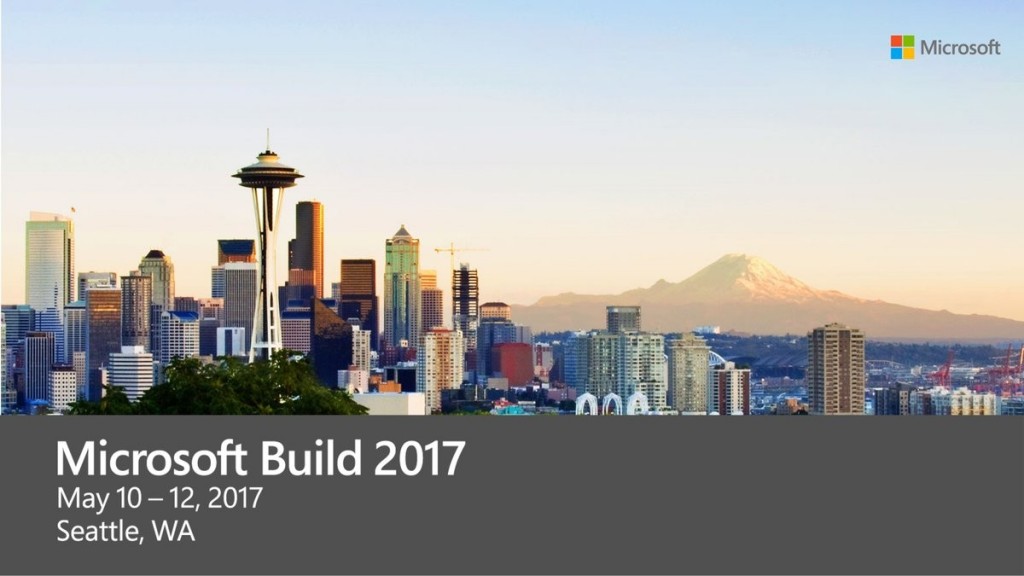 Microsoft is rumored to be introducing an OS that directly competes with the Chrome OS as a lightweight, cloud-based operating system. There's a reasonable chance that Microsoft will actually make an announcement about the product ahead of Build at a separate hardware oriented event the week before, but either way we'll likely learn more about the actual platform at Build. It will be interesting to see how exactly Microsoft deviates from what they've established in Windows 10, and what new APIs and services will be available to developers. It will also be a major point of interest for anyone doing UWP development since the introduction of a cloud-based OS would likely have repercussions throughout the platform. Edit: Microsoft indeed did unveil this product the week before as Windows 10 S

Microsoft will definitely continue to position Azure as a go to solution for enterprise developers. It will be interesting to see what features they emphasize this year, and, if a there is a cloud based version of Windows 10, how much Azure services figure into the platform. Beyond that, I think we'd all like to see Azure become a little more available for the average user. Enterprise customers are obviously attracted to the platform, but it would be nice to see a more limited and price competitive tier of services that would appeal to smaller developers. While a great service, it can sometimes be cost prohibitive for smaller shops. It would be great to see Microsoft offer a cheap, limited tier of services for this audience.

Since the Xamarin acquisition was major news last year, I'd be surprised if they don't mention the platform again this year. With the cloud being potentially a major topic, there's a good chance we'll hear more about Microsoft's plans for integration with Mono and Xamarin on other mobile platforms. Also, with Xamarin.Forms providing UWP as an output there is always some potential for the two platforms to move closer together. It would also be great to hear some more about new features coming to the platform, and after a year with the Xamarin.Forms previewer it would be nice to see some more movement forward towards a full blown designer for the platform.

Microsoft made a lot of news late last year by focusing on adding new features to Visual Studio Code and finally releasing Visual Studio for Mac (which is still in preview). I wouldn't be surprised if the IDEs were once again a major topic of conversation, and there is always the potential for some announcements of new features coming. Visual Studio 2017 is also a very recent release which makes it likely to be mentioned a few times throughout the event.

I'd be surprised if Microsoft doesn't mention HoloLens throughout the event as well. The device isn't yet a consumer product, but Microsoft likes to demonstrate all of the potential uses for its AR headset. It's not totally clear what (if any) new announcements will be made for the product, but there's always a chance for some new features becoming available via API for developers.

GrapeCity will be at Build 2017, so we'll be there firsthand for any announcements. We're excited to see what exactly Microsoft unveils this year. If you're attending the event, be sure to drop by our booth! We'd love to talk about whatever develops over the course of the show.