We're pleased to announce ComponentOne 2019 v3. This is an exciting release - we have new controls, .NET Core 3 news, Ribbon updates, and much more. This release is packed with enhancements for our most popular controls for WinForms, ASP.NET, and WPF.

We are introducing our first native Blazor controls. With Blazor, developers can use their existing C# programming skills on the server and client to build rich web applications. The ComponentOne Blazor Edition is designed to provide essential UI controls that can be developed using C# without having to rely on as much HTML, JavaScript and CSS experience.

New in 2019 v3, ComponentOne Blazor Edition (Beta) is a set of native UI controls built for Blazor from the ground up. Round out your server and client-side C# web apps with FlexGrid, our best cross-platform data grid, and several input controls including AutoComplete, CheckBox, and ComboBox.

To get access to these controls, download them from the link above. If you provide your email during the install, you'll also be signed up for the beta program. By joining the beta program, you will get up-to-date information from the GrapeCity team regarding our Blazor Edition including official release dates and possible discounts.

You can also share your feedback in our Blazor Forums.

FlexGrid for ASP.NET Gets Multi-Range Selection

It can't be called FlexGrid without the most flexible cell selection model available. In this release, we've added multi-range selection, which works when the user presses and holds CTRL (or command) between selecting multiple ranges of cells. To support this behavior in FlexGrid, we've added a new selection mode called MultiRange and a new selectedRanges property, which returns an array containing the selected CellRange objects. 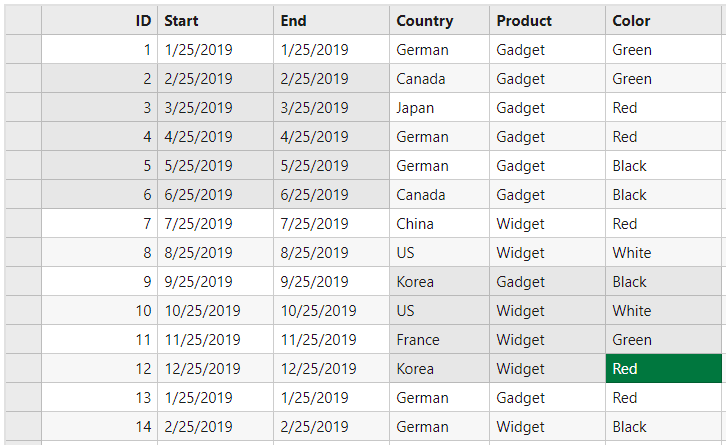 Additionally, FlexGrid for ASP.NET Core MVC has some new APIs to use when you want to tune performance in rare scenarios. Most people will not need to use them, but we exposed them for those who do. When using them, make sure to carefully read the documentation.

FlexSheet for ASP.NET Gets AutoFill 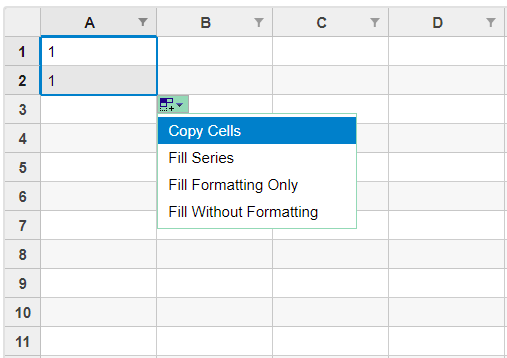 FlexChart for ASP.NET Core MVC now supports Step, StepSymbol, and StepArea charts. These charts are useful to display any type of data that has changes at irregular intervals of time, such as interest rates vs time.

Gauge needles, or pointers, are used to indicate the gauge value, and are often the alternative to the filled-bar design of most modern gauges. 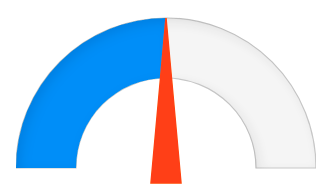 In addition to ASP.NET Core MVC, our powerful server-side Web APIs have been enhanced with .NET Core support and more.

The FlexGrid for WinForms has always supported hierarchical data trees, but the new row details feature gives you more flexibility when creating nested grids. The row details allow you to display additional or related information within a collapsible panel below each row of the grid. You can display an input form, a child data grid, or anything else in the detail row. 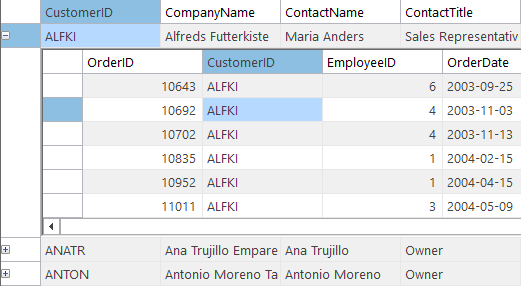 FlexGrid has two built-in row detail providers; IC1InputPanelRowDetail that can be used as an edit form, and IC1FlexgridRowDetail, which can be used to display child records in a master-detail grid. Additionally, FlexGrid allows customization to illustrate any other control inside the row details.

We originally released C1Ribbon control for WinForms more than a decade ago, and over the years we have continued to add features to keep pace with Microsoft Office. This year we decided it was time to create a new ribbon control to cater to requests from our users. The new Ribbon for WinForms is built on .NET 4.5.2 and it's based on UI concepts of Office 365. With it you'll enjoy: 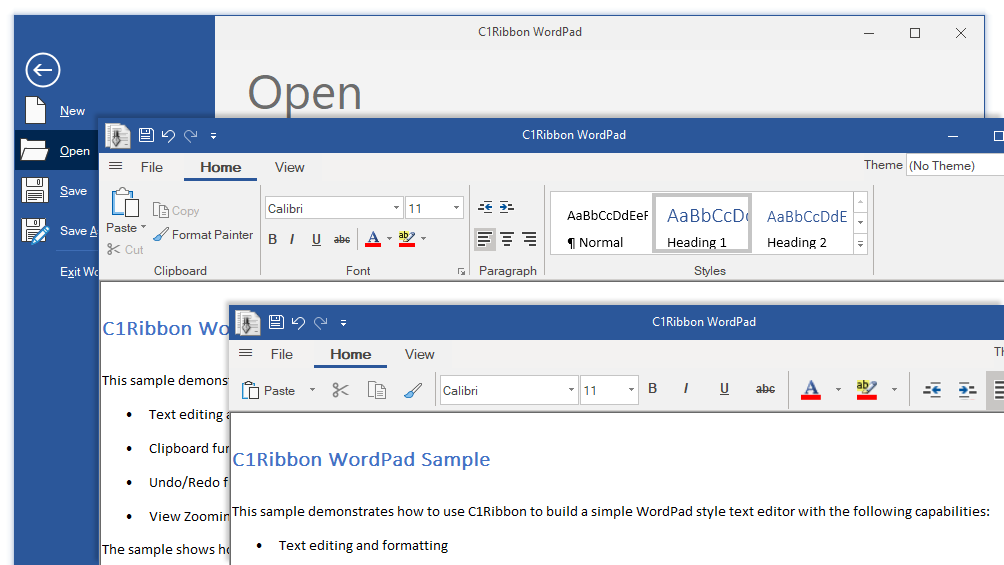 Since the beta release, we've added the following new features:

Users of the old ribbon will be pleased to know that the new ribbon also supports the same 40+ themes and they can customize it using the C1ThemeController. We will continue to maintain the old C1Ribbon, which is now displayed as "classic" in the Visual Studio toolbox.

Read more about Getting Started with ComponentOne Row Details

FlexPivot now supports displaying KPI information such as Trend, Goal, and Status from the cube source. Once the KPI fields are identified, they can be added to value fields within the pivot panel. The FlexPivot control has in-built graphics to show these KPIs such as Cylinder, Gauge, StandardArrow, VarianceArrow, RoadSigns, and TrafficLight.

Edit Charts at Runtime with the New FlexChart Designer

FlexChart for WinForms now has a runtime designer, which enables the end-user to make changes to the chart. Users can simply double-click a section of the chart to open the designer. The designer supports changing the data source fields, series, axis, header, footer, legend, and other chart properties.

Here is a look at the FlexChart Designer:

The entire studio of ComponentOne WinForms Edition has been upgraded to support .NET Core 3.0.

ComponentOne WinForms Edition has many other smaller improvements in the 2019 v3 release. They're listed at the end of this post.

The entire studio of ComponentOne WPF Edition has been upgraded to support some of the latest technologies including .NET Framework 4.5.x and .NET Core 3.0.

A new runtime usability feature and a new sample demonstrate how you can enable more control over column freezing and pinning in FlexGrid for WPF.

The new AllowFreezing property enables you, as the developer, to put column freezing into the hands of your end-users. Previously, columns could be frozen programmatically, but with this new property and feature, column freezing can be enabled entirely at runtime.

Additionally, we've added a new sample for FlexGrid that shows how to enable column pinning using the existing API. While it is similar to freezing, column pinning allows more than the left-most columns to be frozen in place. The user may pin any column by clicking the pin icon in the column header. A pinned column is reordered to the left and made frozen. Column pinning, when combined with column reordering and freezing, gives end-users full control over their data grids. 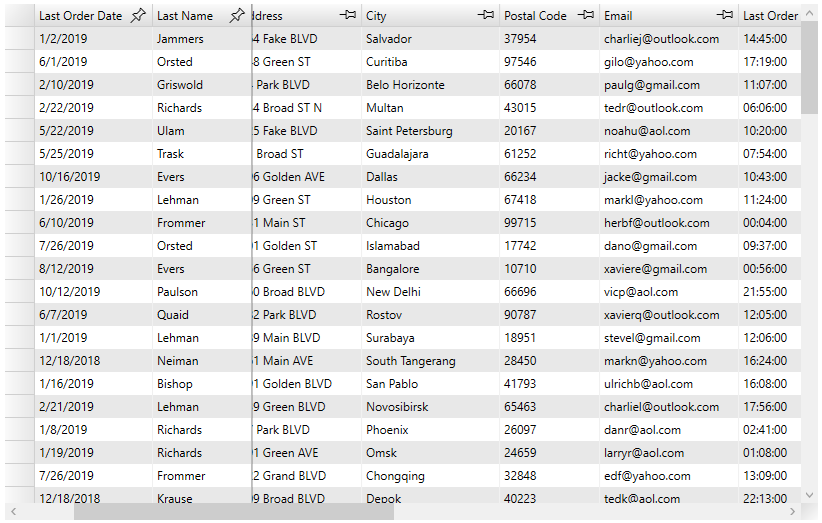 Turn on automatic line numbers to improve text editing and revising. ComponentOne RichTextBox for WPF can now display line numbers continuously throughout the whole document or restart at 1 on each page. The feature can be easily toggled by the user from the View tab or by the developer setting the LineNumberMode property.

Display PDF content in your native mobile apps using the new FlexViewer for Xamarin control. The FlexViewer control is a flexible, cross-platform report and document viewer. The Xamarin version, which is supported in Xamarin.Forms (Android and iOS only), Xamarin.Android and Xamarin.iOS, can be used primarily to display PDF files. The built-in menu allows runtime searching, printing, and exporting. Previously released as a preview, this first release of the control also has a richer API to customize the UI to match your app's requirements. For example, the menu items can be easily customized, or you can hide the entire thing and use your own toolbar. 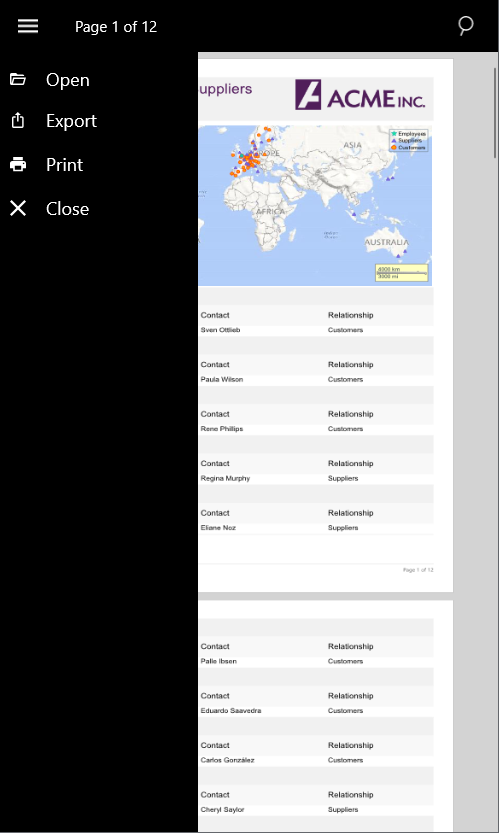 Use the C1DataEngine Workbench desktop app on Windows or Mac to create and visualize queries using an intuitive visual designer and without writing code. Use it as a standalone tool for data analysis, or to examine base tables and query results created by any application that uses C1DataEngine.

For developers who are using the C1DataEngine library in their .NET Core applications, this tool provides the following additional benefits:

C1DataEngine Workbench is installed alongside the ComponentOne Service Components module.

To help support C1TextParser, our cross-platform text parting component, we've added new samples that show how to extract text from PDF and Word files. These samples take advantage of other existing libraries in ComponentOne: C1Word and C1PdfDocumentSource. A common use case would be reading the text from the document as plain text, and then using C1TextParser to parse from the plain text. You can see this in action using the Win/ExtractorEditor sample installed with the ComponentOne Service Components.