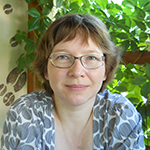 by Irina Pykhova in .NET, Desktop

As time passes, your expectations of modern application design shift, and the ComponentOne teams continue to deliver more styling options and ready-to-use themes. We don't just update the color scheme; we also update layout and behavioral elements so your full application keeps to current trends. Let’s see what we're including into our upcoming 2017 v3 release, available on November 15.

Meet four new Office 2016 themes in WinForms: White, Colorful, DarkGray and Black. These themes fully support all ComponentOne controls, and most of basic WinForms controls that come with VS installation. 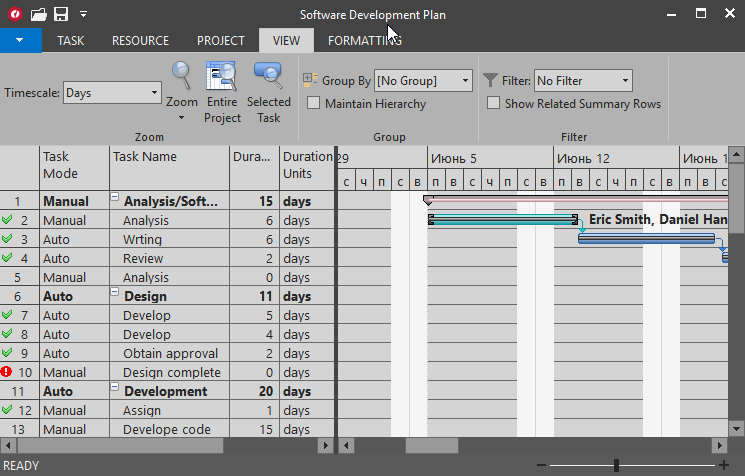 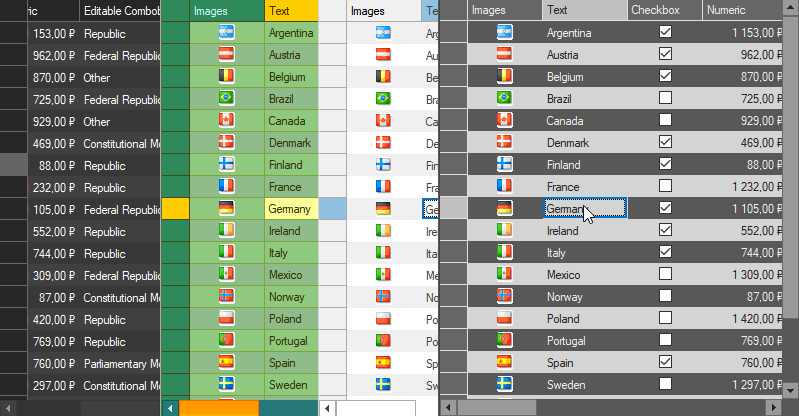 C1Ribbon will include an application menu like one you see in Microsoft Office 2016 applications. It's not a full-featured stage view and has some limitations, but in simple cases you can change a single property in an existing application and update the form:

Or you can use new RibbonAppMenuTab component to host custom content in application menu. Here's what you'll see in our samples in v3 release: 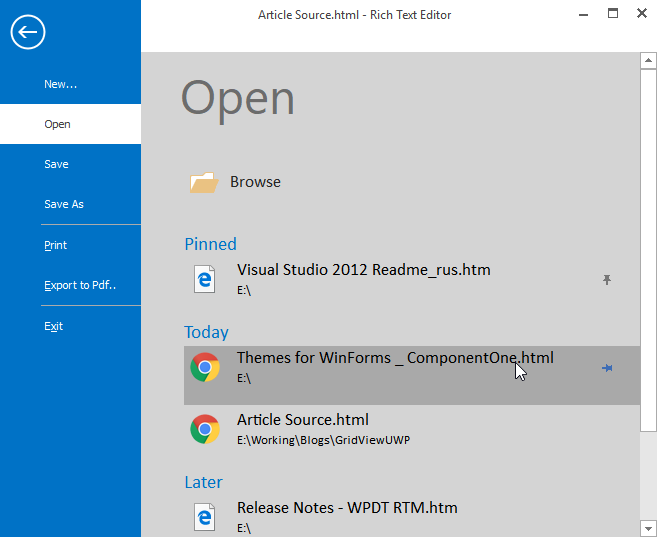 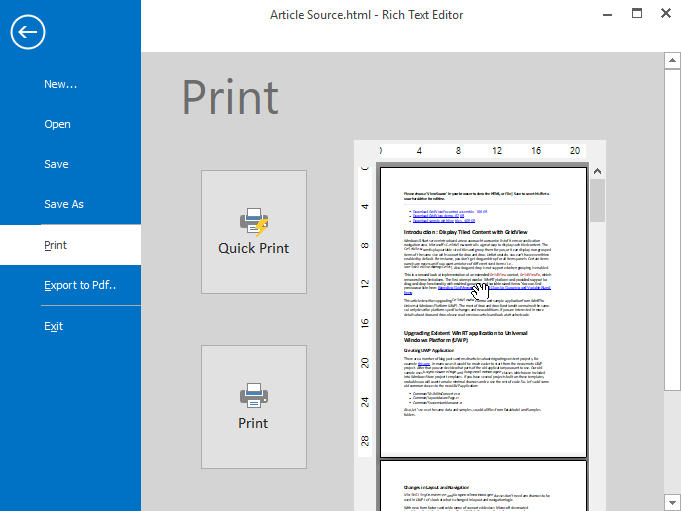 In some old dark themes, the C1Schedule control might look odd or lose contrasted text when grouped by contacts or resources. To better handle it, we added a generic algorithm that selects a higher-contrast text color, depending on the background. You might notice this change if you use one of the old themes.

For new Office 2016 themes, we're introducing two new palette types (Office2016 and Office2016Dark). It looks great in both light and dark themes. There are also some other new appearance options to tune individual UI elements. 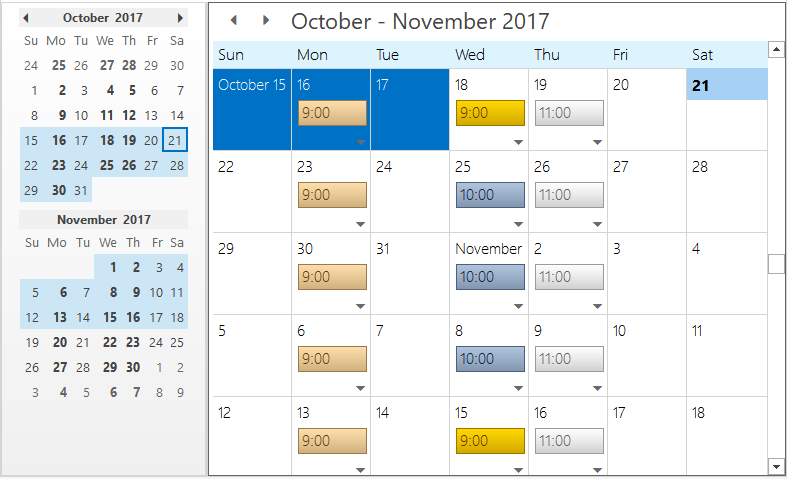 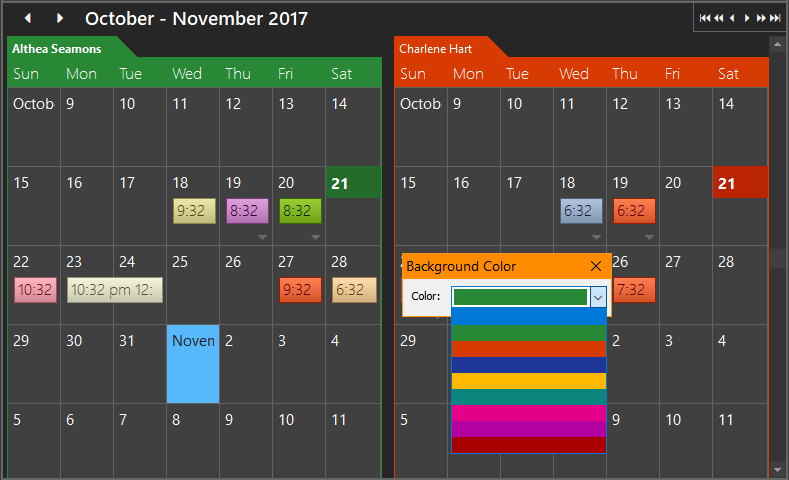 We updated some other looks earlier in the year: 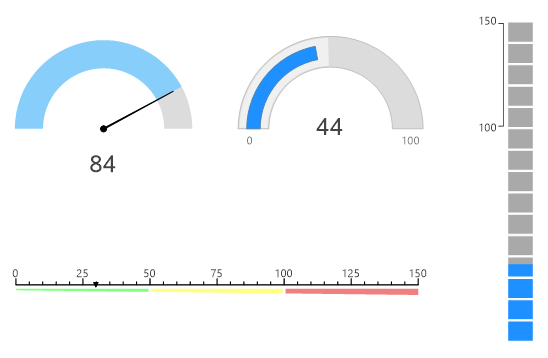 In the 2017 v2 release, we added theme-ready project templates, which allow you to quick-start your application. Read more about them here. 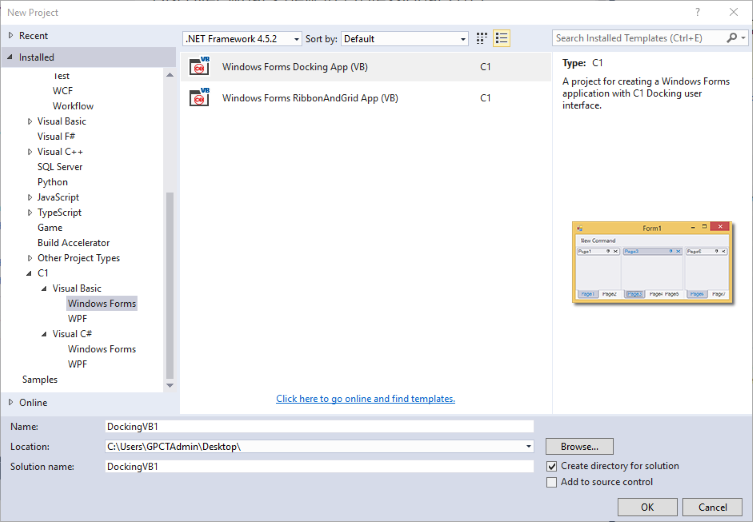 Some of our controls were designed at the start of WinForms as a platform, so naturally they look a bit dated today. To reduce the footprint, speed up the controls, and improve their maintenance, we've begun the process of making some VisualStyles obsolete and adjusting the default control appearance. Here's a list of latest breaking changes: