We're excited to release our UWP Edition, a full collection of controls for Microsoft's Universal Windows Platform! Based on our WinRT Edition, the UWP Edition includes over 50 controls for grids, data management, visualization, scheduling, input, reporting, navigation, and utilities like pdf, excel and word files generation. 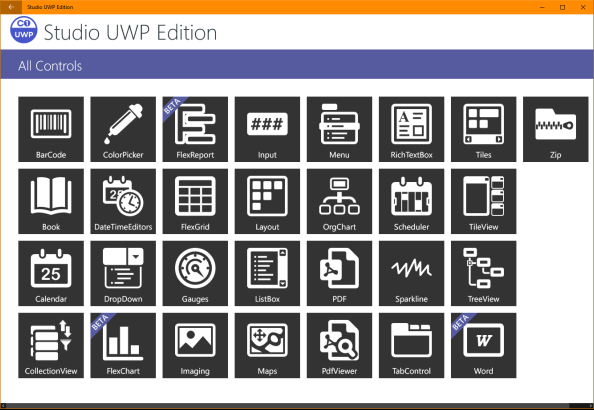 ComponentOne Studio UWP Edition: more than 50 controls and utilities Get live samples from Windows Store to see it in action!

New Controls and Utilities in this release

We didn't include C1Chart control in our UWP Beta. Instead, we're releasing a beta version of the new FlexChart and FlexPie controls. These controls use DirectX rendering and include all the popular chart types and expected features, including labels, markers, headers, footers, multiple axes and mixed chart types. The new back end provides a simple API and more customization than C1Chart control included in the WinRT Edition. 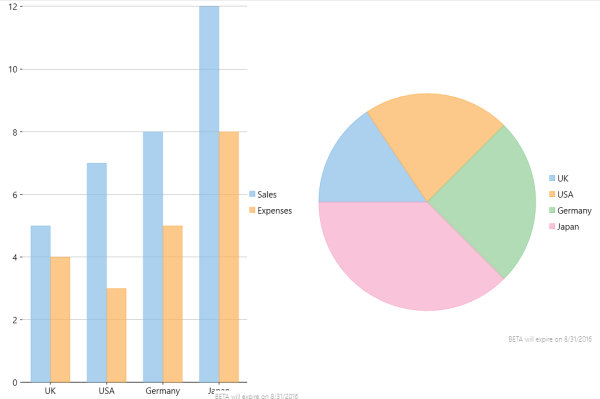 This is a first preview of a new reporting tool which was not included into WinRT Edition. We are planning to make it data-compatible with FlexReports for other platforms. This release also includes FlexViewerPane control. Read more about FlexReport >> Read documentation about FlexReport for UWP >>

We reviewed default styles and templates. The first and main goal of it was better performance. To achieve this we made the visual tree simpler where it's possible and valuable. Note: in UWP Grid panel supports BorderBrush, BorderThickness and CornerRadius properties, which allow you to remove extra border elements for a cleaner UI. Also, we tried to use system accent brushes where it is appropriate.

How do I get UWP Edition?