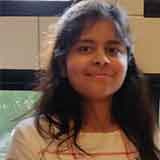 What is a Bullet Graph?

For example, by looking at the bullet graph shown in the above image we can easily compare the actual revenue with the target revenue and also know the range in which the revenue lies, i.e. bad, good, or best.

Quantitative Scale: This portion of the bullet graph functions like a linear axis which is used to measure the value of the metrics. It consists of tick marks and text labels that identify equal intervals of the measure.

Featured Measure: This element of the bullet graph displays the primary data (for example, current year-to-date revenue, customer satisfaction, etc.) and is presented by a bar in the bullet graph.

Comparative Measure: Comparative measure refers to a metric against which you want to compare your featured measure (e.g., target revenue). It is encoded as a short line that runs perpendicular to the orientation of the graph.

Bullet graphs convey rich information in a compact space, making them ideal for usage in dashboards and grids. The WinForms Edition 2019v1 release introduces a new control called BulletGraph which can be easily integrated in your dashboards and grids to display single-valued metrics. 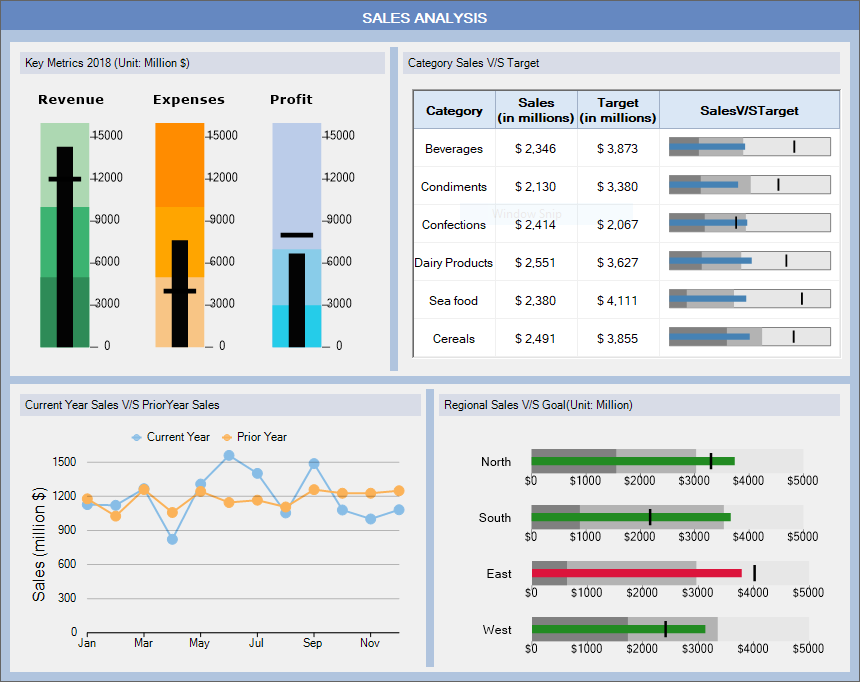 Consider a scenario where you want to use the BulletGraph control in a Sales dashboard to:

Let's see how different properties of the BulletGraph control can be used to create the above dashboard.

You can add and customize the caption of your bullet graph using the Caption property of the C1BulletGraph class. The code below depicts an example.

The default appearance of the BulletGraph control and the different visual elements it is composed of such as labels, marks and ranges, can be customized using the BulletGraphTheme class.

You can render the BulletGraph control as an image in data grids such as FlexGrid, MS DataGridView, etc. by making use of the GetImage method of the C1BulletGraph class.

So, go on and use the BulletGraph control in your dashboards and data grids!