We Had Another Great Time at CodeMash 2016

Thanks to everyone who came out to CodeMash this year. We (GrapeCity) had the pleasure of being a sponsor and getting to talk to developers from Ohio, Indiana, Michigan and beyond. This year it was Ross, Raji, Kim and myself working the booth and attending a session here and there. 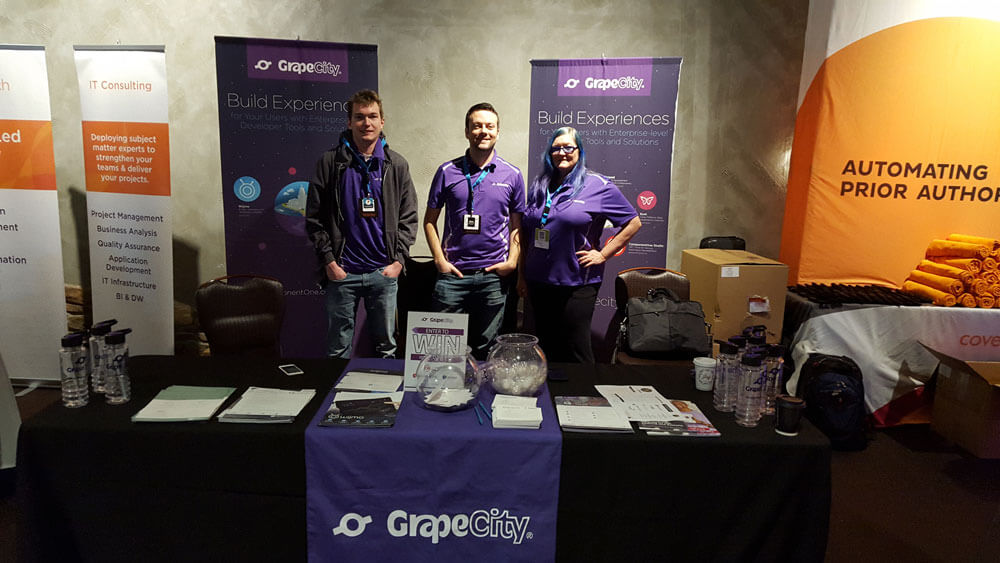 Ross, me, and Kim CodeMash is one of my favorite events. This was my 5th CodeMash appearance and I think I’m the only GrapeCity employee who has attended every year we sponsored. And I hope to continue this track record! Here I am at my very first CodeMash in 2011. 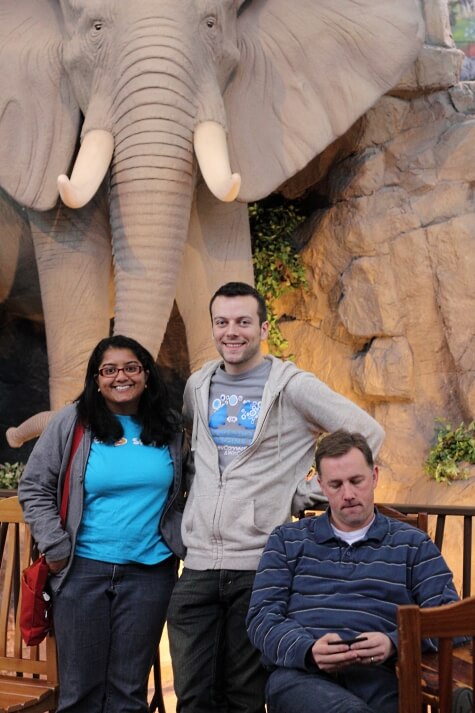 Note: the Kalahari venue is all African-themed so giant elephants are common. What I like most about the event is the laid-back atmosphere that lets developers to have a good time while also learning. From the former Bacon Bar (R.I.P.) to the waterpark after party, this is very different from a typical trade show. The sessions at CodeMash always have a nice variety of technologies and skill levels, so really, anyone can extend their learning. It’s not run by any technology giant like Microsoft or Google, so the content is widespread and neutral. We spoke to mostly .NET, JavaScript and Java developers at our booth, so naturally ComponentOne Studio, Spread and Wijmo were hot topics. We also found a lot of curiosity and interest in ActiveReports and (our newest) Xuni product. What’s neat is that we actually got to meet a bunch of our customers that used ComponentOne Studio or Active Reports. The banner at our booth this year featured five planets that represented the five major product lines circling the world of GrapeCity. 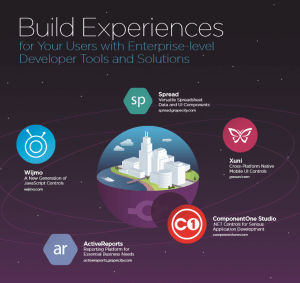 Those who stopped by the booth on Thursday were lucky enough to pick up a GrapeCity water bottle. After that, we had grape-flavored nerds candy, among other things (we are _Grape_City after all). We may have been the only sponsor to NOT have Star Wars legos, lightsabers, action figures or robots at their booth, which made me sad. 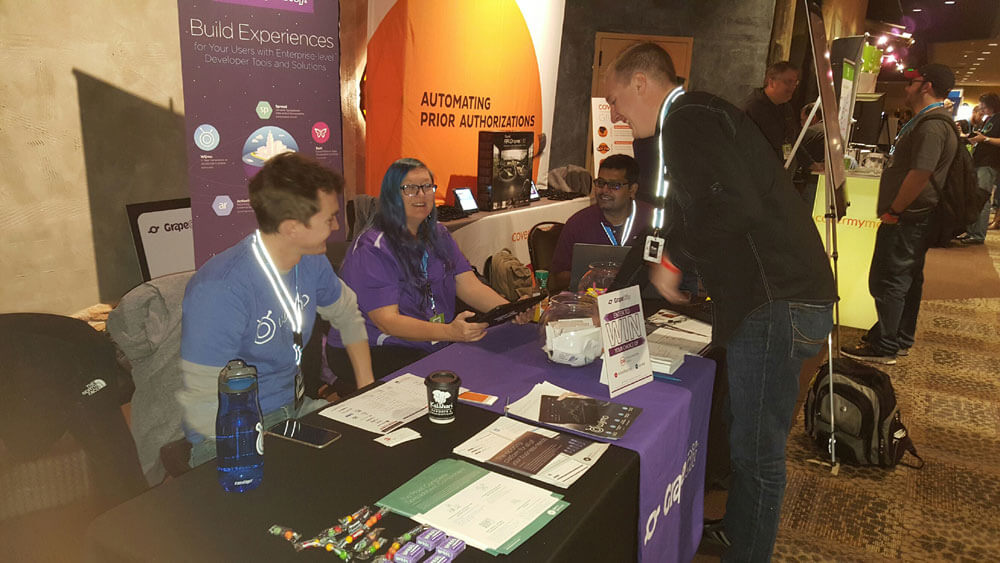 Sorry, no light sabers. What you may not know is that GrapeCity does not hire booth personnel as representation. We staff our booths with actual product managers, developers or technical engagement engineers, so we’re more likely to talk technical with you rather than give a sales pitch. This is how we’ve operated for years, and I think the community appreciates it. The one downside is that you may end up asking the Xuni product manager a deep question about ActiveReports or Wijmo and they have to pass you off. I get that a lot! 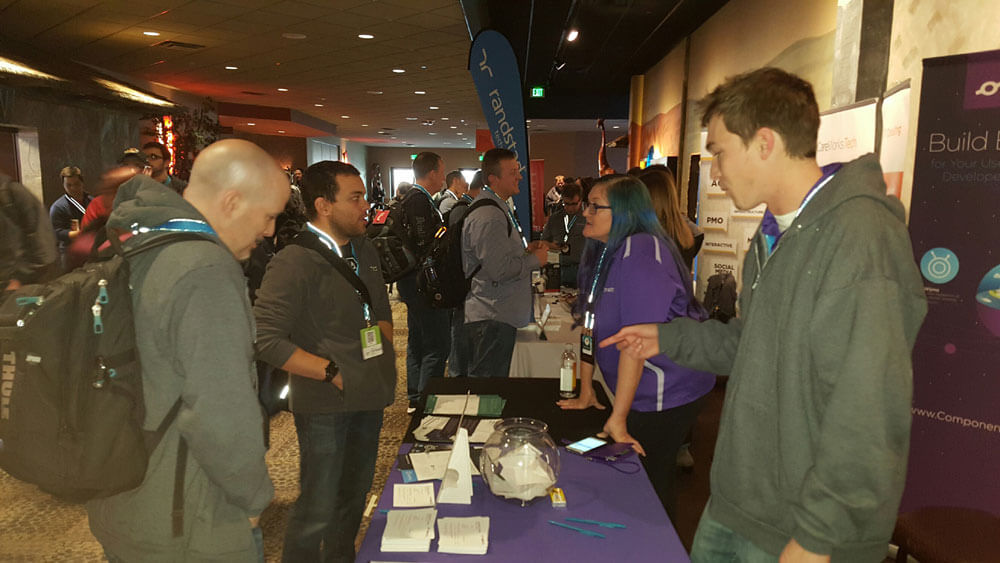 On the last day of the event, I gave a talk on using Xuni with Xamarin.Forms to build a pie chart app. Now that it’s over, I can say that I’m glad I volunteered. I got the opportunity to meet some Xamarin.Forms developers who are looking for specialized controls to meet their requirements. We hope to provide some, if not all, of these controls and features in the near future. We will definitely see you all again at a CodeMash in the future! PS: Raffle winner will be notified by email, so stay tuned.